Savion Pollard ’25 joined the U.S. Navy as a 21-year-old looking to be part of something bigger than himself and inspire others. Pollard served for eight years, working as a nuclear electronics technician on nuclear submarines and training other sailors; it was a successful mission in service to others and his country.

Now, Pollard is once again taking on a role to inspire—with a company that is making a big impact in Central New York and beyond. 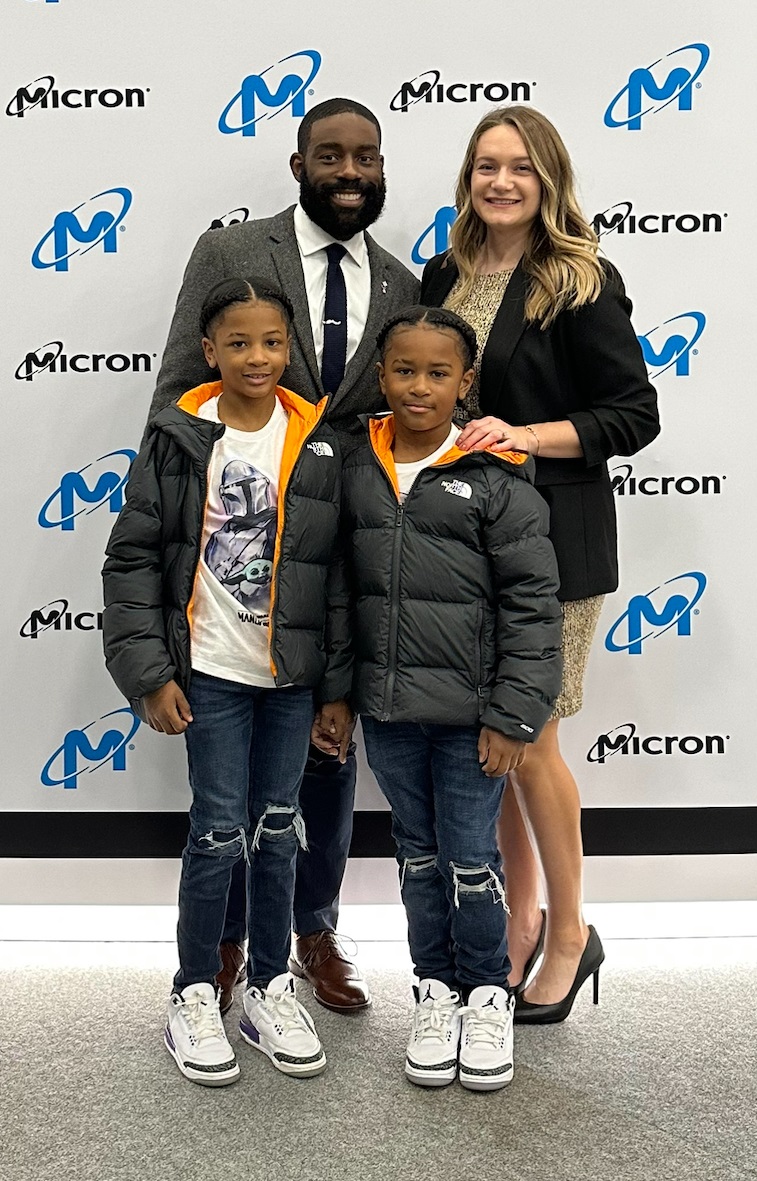 Pollard, a student in the College of Engineering and Computer Science, has been selected by Micron Technology, which plans to build a $100 billion semiconductor fabrication facility in the Town of Clay, New York, as the company’s first intern hire from the Syracuse veteran community.

“Being selected for this new role means progress. I joined the U.S. Navy as a 21-year-old from New York City that just wanted to get out of the city and be somebody. I wanted to inspire people and be admired but I did not know how. The military was that how for me,” says Pollard, who is pursuing a degree in electrical engineering. “Upon my separation in 2021, I still felt compelled to give back and inspire. I think being selected as the first hire of Micron in Central New York is extremely inspiring.”

The announcement about Pollard was made as part of an event last week in Syracuse to mark a $500 million investment in education, community assets and organizations by Micron, New York State and other local, state and national partners to ensure that the Central New York workforce has the advanced skills needed to sustain leading-edge semiconductor manufacturing.

Syracuse University was noted as preparing to play a key role to build and train the workforce of the future that will power Micron’s leading-edge memory megafab in Clay, the largest facility of its kind in the United States. Chancellor and President Kent Syverud was among the Central New York leaders who welcomed President Joseph R. Biden Jr. L’68; federal, state and local officials; and Micron leadership at the community event at Onondaga Community College.

As part of Micron’s plans that were announced, the Micron internship program is designed to prepare students for full-time positions as engineers, scientists and other critical roles in the semiconductor industry. Recruitment will focus heavily on veterans and students from traditionally underrepresented communities.

“Getting selected for this position gives hope to little boys and girls who look like me. It gives hope to veterans, it shows that success in higher education for a non-traditional student is possible,” Pollard says. “I am honored to have been selected for this position and hope I can use this opportunity to uplift my campus community as well as the Syracuse and Onondaga County community.”

“He’s a proven leader—treasurer of the Student Veterans Organization. He also volunteered as a youth mentor with Big Brothers Big Sisters of America,” Arnzen said. “To him, I say, ‘thank you for your service and welcome to Micron.’”

Pollard, who was hired as an equipment engineer intern, will work with the team in Manassas, Virginia, during the summer of 2023. He will maintain the state-of-the-art fabrication equipment and troubleshoot issues and correct deficiencies to improve production and quality, Pollard says. 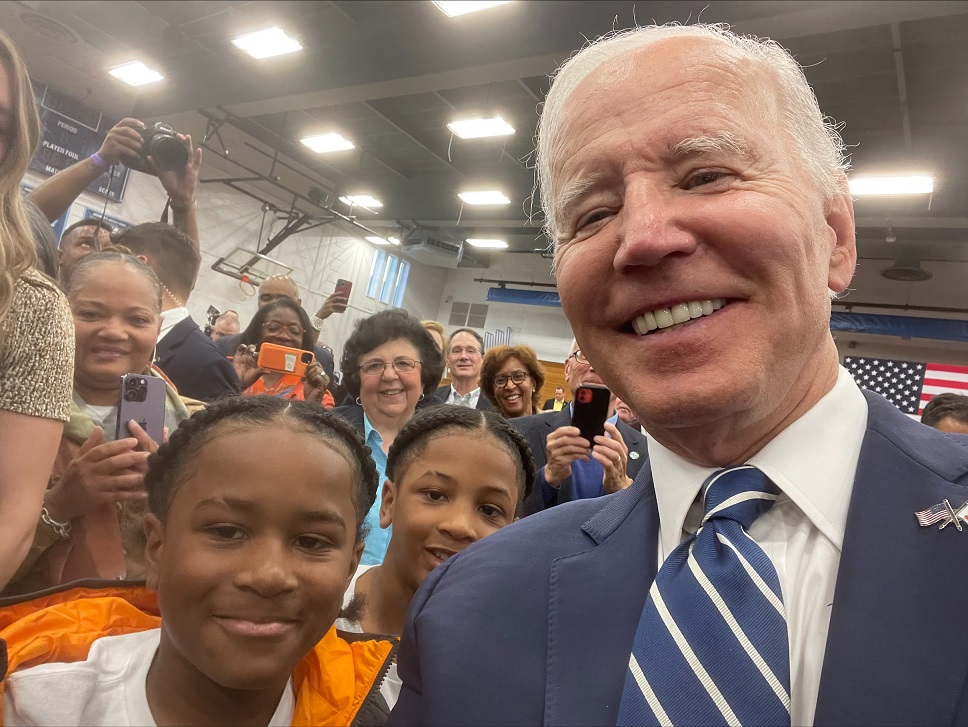 “I am mostly looking forward to being a sponge and soaking up all the knowledge that I can, to bring back home to CNY to make the fab up here as successful as I can,” Pollard says.

Pollard’s wife, Enesa who is originally from Watertown, New York, and is an associate banker at Chase Bank, attended the event, along with Pollard’s mentee, Kenorie, through Big Brothers Big Sisters of America, and the youngster’s twin brother, Kenare.

“It was truly a blessing to have them there, where they got to interact with the president. I think it is extremely important for them to see what can be done when you put your mind to it,” Pollard says.

In October, Syracuse University was the site of the historic announcement by Micron Technology to build a leading-edge memory fab in Central New York—the largest investment and facility of its kind in the United States.

Micron Technology Inc. is one of the world’s largest semiconductor companies and the only U.S.-based manufacturer of memory. The new megafab will increase domestic supply of leading-edge memory and create tens of thousands of new jobs. It is the largest private investment in New York state history.

Micron is looking to tap Central New York’s significant military population, a highly skilled and talented pool of labor critical to scale U.S. high-tech manufacturing. In coordination and partnership with Micron, the University’s D’Aniello Institute of Veteran and Military Families (IVMF) will support veteran skill development for advanced manufacturing jobs and transitions into Micron and other industry roles.

Micron plans to hire more than 1,500 veterans in the region over two decades in Central New York, aligned with Micron’s goals for veteran hiring.