Share
College of Arts and SciencesDepartment of Earth and Environmental SciencesfacultySTEM

The American Geosciences Institute has recognized Donald I. Siegel, professor emeritus in the Department of Earth and Environmental Sciences in the College of Arts and Sciences, with the 2022 Marcus Milling Legendary Geoscientist Medal. 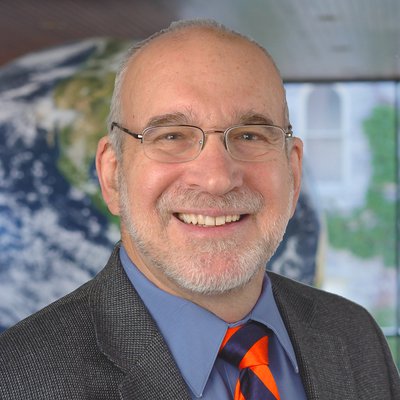 Siegel is acclaimed for his decades of pioneering work on wetland geochemistry and hydrogeology, his education and mentoring of students and early-career scientists, and his leadership in multiple geoscience professional societies.

His wetland research evolved to examine the ways that groundwater flow and water quality influence greenhouse gas emissions in the vast peat lands of northern Canada, Siberia and northern Minnesota. This research has been recognized as showing potential significance for building understanding of global climate change.

Siegel has provided society leadership in numerous capacities, including as past president of the Geological Society of America (GSA) and has received many honors in the field of hydrogeology, including the O.E. Meinzer Award, the Birdsall Distinguished Lectureship, and GSA’s Distinguished Service Award. He is a fellow of the American Association for the Advancement of Science, the American Geophysical Union and GSA.

“Don Siegel’s groundbreaking work as a scientist, his teaching and mentoring of students entering the discipline, and his leadership in professional societies and publications, taken together, represent a tremendous service to the geoscience community,” says AGI President Paul Weimer. “He has not only shaped the field of hydrogeology but provided a model of professional excellence for future geoscientists.”

“Don Siegel has been the instigator of great progress in the science of groundwater hydrology and its effects on surface ecology,” says Jeffrey Chanton, professor at the Department of Earth, Ocean, and Atmospheric Science at Florida State University, in nominating Siegel for the award. “He has been instrumental to the advancement of science through his many research publications, his education of students, and the support of his colleagues.”

“I am flattered to receive the 2022 Marcus Milling Legendary Geoscientist Medal from AGI and thank those who graciously nominated me,” Siegel says. “Throughout my career I did my best to teach and mentor students with compassion and understanding, do research with rigor and a sufficiently open mind to accept when others proved me wrong, and finally, as an administrator, listen and understand opposing views and not just ‘hear’ them. I thank AGI and feel honored receiving this award.”

Siegel has been invited to accept the medal during the awards ceremony of the American Association of Petroleum Geologists/Society of Exploration Geophysicists annual meeting in Houston, Texas, Aug. 28-Sept. 2.

The Marcus Milling Legendary Geoscientist Medal is a lifetime achievement award given in recognition of an individual’s high-quality basic and applied science achievements in the Earth sciences. The award, established in 1999, was named in late 2006. Marcus Milling was an ardent and tireless champion of geoscience education, policy and information services who served as AGI’s executive director from 1992 until July of 2006, when he transitioned to a senior advisor role.

With only 17% of the STEM workforce being Black or Hispanic, according to a 2021 Pew Research Center study, diversifying STEM at Syracuse University and beyond is a commitment by Jason Wiles, associate professor of biology in the College of Arts…