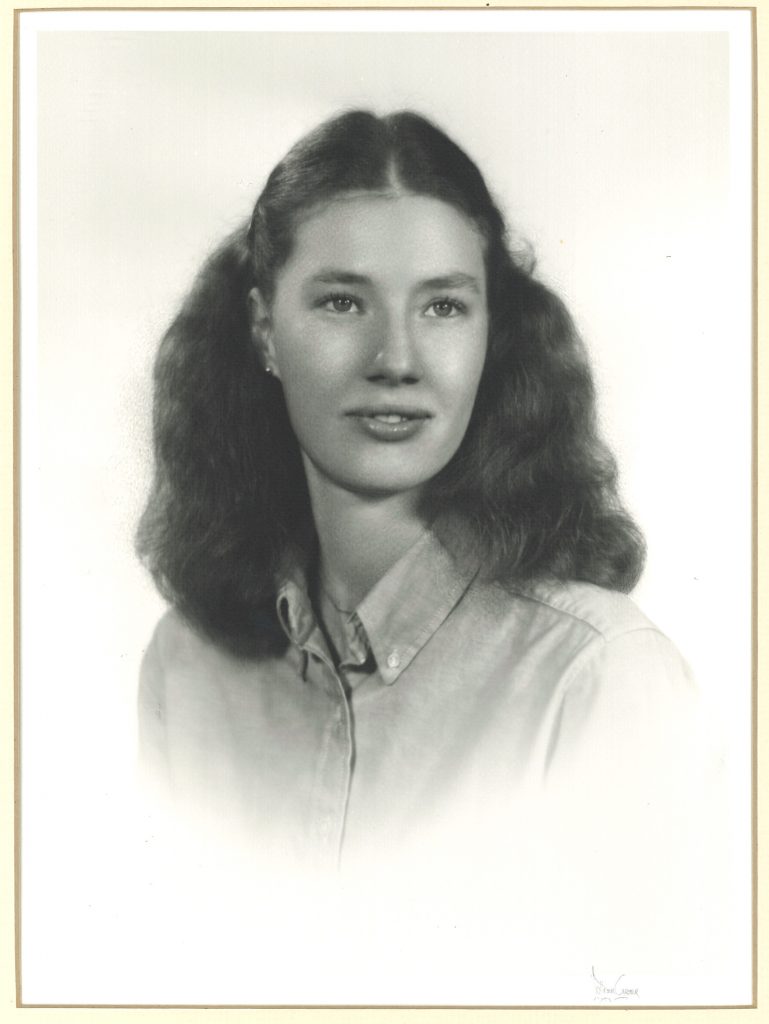 The fund will be the Patricia A. Wood, M.D., Ph.D., Spinoza Award Fund, in honor of Hrushesky’s late wife and their shared passion for the ideas of the 17th-century Dutch philosopher Baruch Spinoza and his fearlessness in breaking boundaries to explore new ideas.

“Be not astonished at new ideas,” wrote Spinoza, “for it is well known to you that a thing does not therefore cease to be true because it is not accepted by many.”

In recent years, Hrushesky provided gifts toward what was known as the Spinoza Award, offered by the Syracuse Office of Undergraduate Research and Creative Engagement (The SOURCE) to an undergraduate exploring philosophical aspects of issues that arise within the sciences or other professional disciplines. To establish the award, he had contacted Danielle Smith, director of the Renée Crown University Honors Program. She told him about the course Linked Lenses: Science, Philosophy, and the Pursuit of Knowledge, co-taught by philosopher Samuel Gorovitz and paleontologist/oceanographer Cathryn Newton and connected him with Gorovitz. That led to Hrushesky’s initial donations.

One award recipient brought philosophical principals to the blending of theater and technology; two others together redesigned the interior of spacecraft. This new $50,000 endowment from Hrushesky ensures that such creative pursuits will continue in perpetuity, aligned with the mission of the Forever Orange campaign for Syracuse University.

Hrushesky explains that the new fund will provide ongoing support for the kind of exploratory critical thinking that turns learning into understanding: “During the Enlightenment, the intimate connections among science, philosophy, art, music and literature became vividly obvious; these deep and broad connections are now atrophying. This award must go to ambitious students who see how these things are intimately connected, rather than separated. Patricia had that kind of encompassing perception, which fuels great creativity. She developed and gained approval for the first cellular gene therapy for acute lymphoblastic leukemia, saving tens of thousands of American children’s lives each year. My intent is for her example to inspire future students to emulate her and for my gift to inspire other donors to establish endowments to support student research in other ways.”

The endowment supports the kind of creative thinking fostered in courses like Linked Lenses.

“Creativity is often fueled by the blending in new ways of ideas, images, perceptions, or processes that might have been thought to be unrelated to each other,” says Gorovitz, founding director of the current Honors Program (2004-2010). “I’m convinced that any two items we identify are related to each other, if we can just see deeply and imaginatively enough to recognize, or invent, the relationships.”

Gorovitz explains that students must be encouraged “to abandon the idea that you have to have it all figured out before you start speaking, writing, drawing or composing. You may have a bunch of ideas; they may seem inconsistent with each other. You should let them tumble out in any order, don’t filter or censor. That comes later.”

This creative process is energized by The SOURCE, where the new endowment will be housed. Founded swiftly by Newton in collaboration with 60 colleagues, it was launched in 2019 to drive discovery and innovation and helps coordinate support for the interdisciplinary and inclusive research that Newton says is so vital to student success.

“Each of us has superpowers, right? My own gifts are not necessarily the same as all the members of the team, and that’s frankly what makes us strong,” says Newton, professor of interdisciplinary sciences, dean emerita of Arts and Sciences, and until recently special advisor to the Chancellor and provost for faculty engagement. “When you encourage original thought and creative work, and you look for ways to combine things that haven’t formerly been combined, you can have a powerful impact on the success of all students across diverse constituencies.”

Hrushesky says his beloved wife was always open to new ideas, welcoming contradicting arguments and data in the rigorous formation of evidence-based scientific breakthroughs. Her commitment to independent thinking and intellectual rigor was similar to that of Spinoza, a brilliant young ex-communicated Spanish/Jewish immigrant whose family and community fled the Spanish Inquisition to Holland near the end of the 16th century.

Both Wood and Spinoza provide a compelling intellectual model for students, says Hrushesky.

Now retired from academia, Hrushesky is co-owner of Oncology Analytics, a company whose mission is to ensure that cancer patients have access to evidence-based, data-driven guidance to receive the right diagnostic tests and treatments at the right time for the right reasons. He and his colleagues are creating a suite of decision support products to help cancer patients from the moment of diagnosis through end-of-life care.

“We are deeply grateful to Dr. Hrushesky for his vision and commitment to supporting undergraduate research that is dynamic, innovative and meaningful,” says Ramesh Raina, interim vice president for research. “These awards, named for individuals who were both thinkers and doers, will impact generations of students who want to make a positive difference in our world.”

Students interested in applying for the Patricia A. Wood, M.D., Ph.D., Spinoza Award will apply through The SOURCE Grant application process in either fall or spring. Visit The SOURCE webpage for instructions.