Kevin Du, Meredith Professor for Teaching Excellence and professor of electrical engineering and computer science in the College of Engineering and Computer Science, was awarded the Test of Time award at the 2021 Annual Computer Security Applications Conference (ACSAC) for his paper, “Privacy-Preserving Cooperative Statistical Analysis,” which was originally published in 2001. 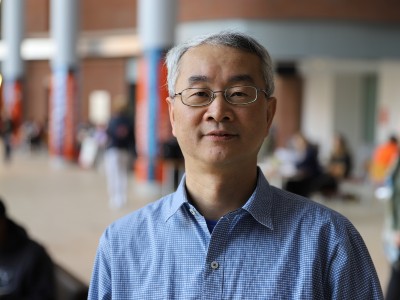 “This paper provided a new way to conduct joint computation while protecting data privacy. There were a lot of follow-ups on this approach,” says Du. “Many young researchers told me that they ‘grew up’ reading my papers in this field.”

This is the second time Du has won a Test of Time award. He previously won one in 2013 at the ACM Conference on Computer and Communications Security for a paper titled “A Pairwise Pre-Distribution Scheme for Wireless Sensor Networks” that he published in 2003 with Professor Jing Deng, Professor Yunghsiang S. Han and Distinguished Professor Pramod Varshney.

Tripti Bhattacharya, Thonis Family Professor  of earth and environmental sciences, recently served as one of eight leading climate scholars on a panel to identify potential future paleoclimate research directions that will help advance understanding of current and future change in…