The National Science Foundation’s (NSF’s) 2020 Mathematical and Physical Sciences Directorate (MPS) bi-annual brochure highlighted research by Tomasz Skwarnicki, professor of physics in the College of Arts and Sciences (A&S), and a team of his collaborators. The brochure featured the group’s discovery of new details on the sub-structure of the pentaquark. 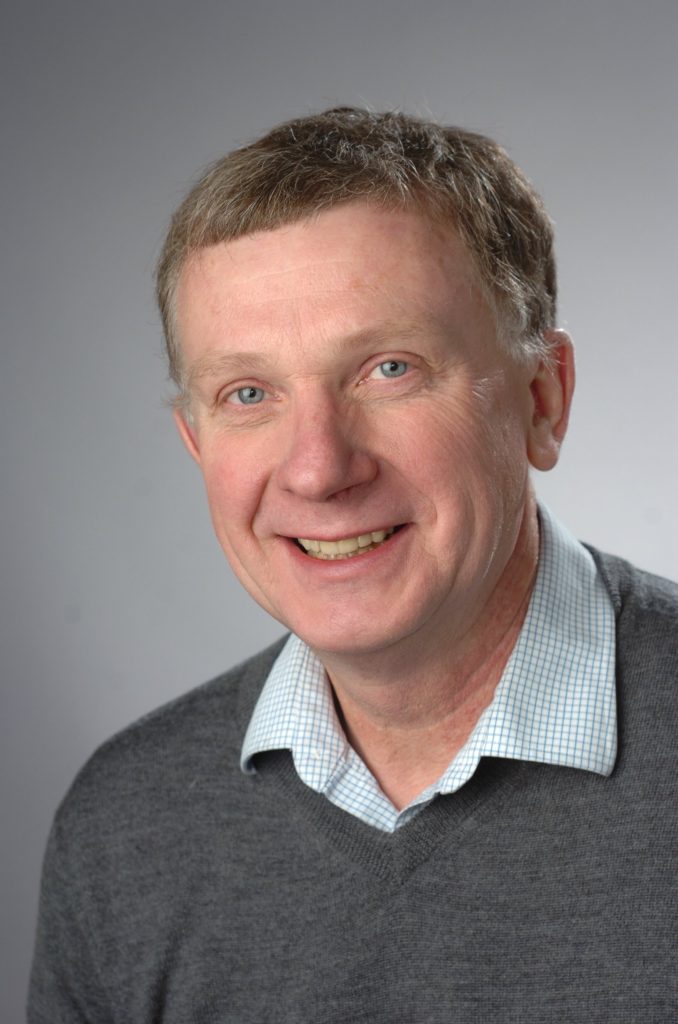 Every two years, the NSF publishes an MPS brochure that describes each of their five divisions, which include astronomical sciences, chemistry, materials research, mathematical sciences and physics.

While initially slated for release in 2020, the latest edition is being circulated now due to delays caused by the COVID-19 pandemic.

MPS funds about $1.4 billion in research each year with the Division of Physics spending about $290 million. Only two research highlights from each division are featured in the brochure, making this a notable accomplishment for Skwarnicki and the A&S physics department.

In 2019, Skwarnicki was part of a team that uncovered new information about a class of particles called pentaquarks. Quarks are sub-atomic particles that combine to form the atoms that make up matter.

A pentaquark is a particle containing five quarks. Skwarnicki and his international collaborators, operating the Large Hadron Collider beauty (LHCb) experiment at the Large Hadron Collider at CERN located near Geneva in Switzerland, determined that rather than being composed of five quarks bonded tightly, pentaquarks are instead composed of two smaller structures with one containing three quarks and its partner the other two. 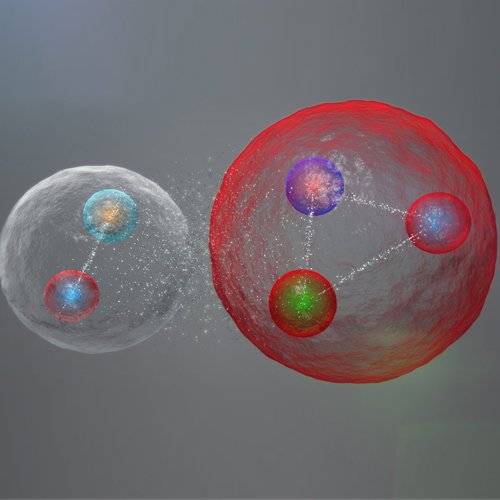 Illustration of the possible layout of the quarks in a pentaquark particle. This image was featured in the 2020 Mathematical and Physical Sciences Directorate (MPS) bi-annual brochure. (Courtesy: Daniel Dominguez/CERN)

“To be selected one of the two most significant results in the last two years over such a large scope of research funded by NSF speaks to the importance of these results, also reflected in the large number of citations in follow-up physics papers published in physics journals and attention of popular science media,” says Skwarnicki. “These results truly advanced our understanding of structures existing at the smallest scale humans are able to probe.”

Skwarnicki’s results were cited in 370 physics journals and he was quoted in articles by Newsweek, Symmetry Magazine and ScienceMag.

Skwarnicki’s work is featured on page 22 of the 2020 MPS brochure.