The process of normal cell division in the human body is quite simple: start dividing in response to a signal, such as a wound, and stop when enough cells have been produced and the skin is healed. But cancerous cells ignore the stop signs. They grow and spread rapidly, proliferating even in cramped locations. 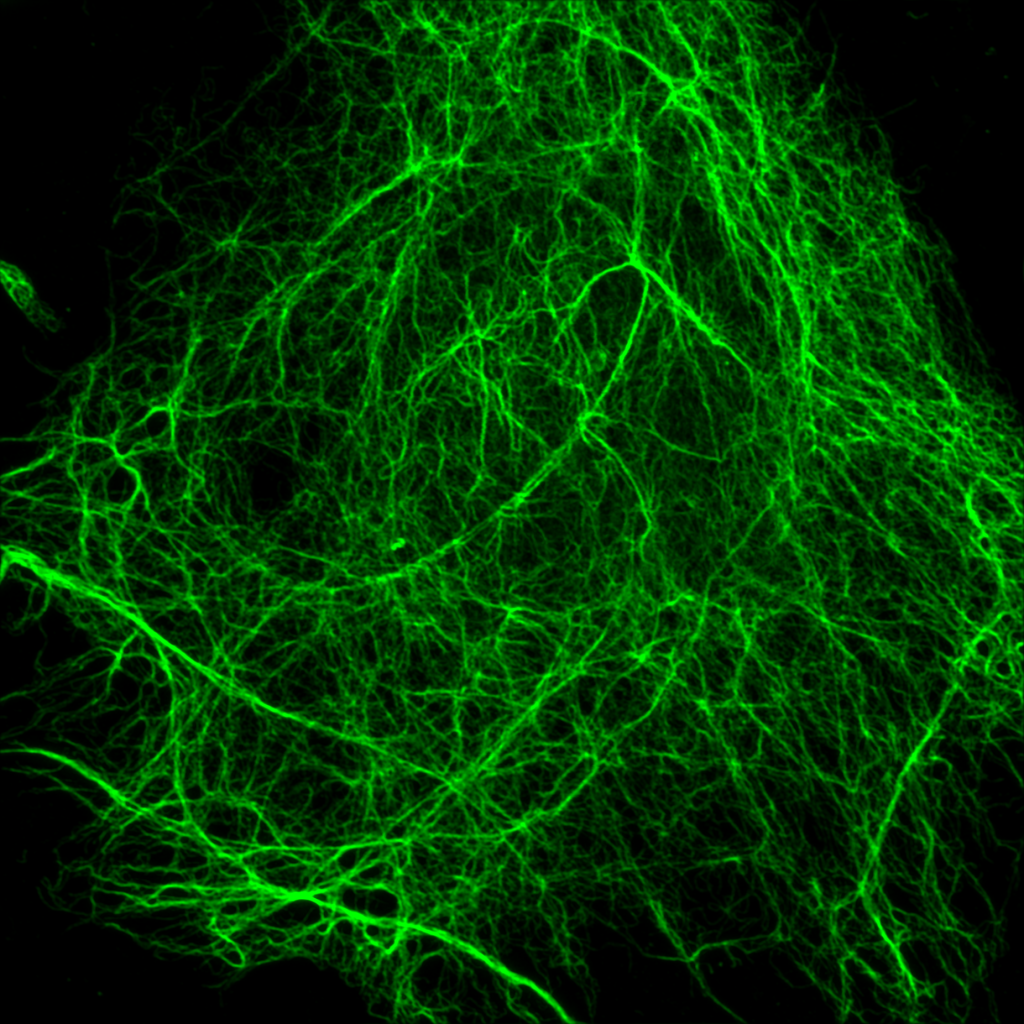 Similar to navigating through a large crowd of people, moving through dense tissue is no easy task. Any normal cell would die during the process, but many cancerous cells have a cage-like protein that helps them protect their nucleus and DNA. That protein, called vimentin, is often expressed in intermediate filaments (one of the three structural elements of the cell) during cell movement. And now, College of Arts and Sciences’ researchers are finding out more about this protein, which could eventually help with cancer treatment or wound healing.

In the past, the role of vimentin remained largely unclear, but researchers in the college have developed one of the first models that captures the dynamics of confined cell motility and shows how vimentin helps protect the cell’s nucleus during migration. The team, which includes lead author Sarthak Gupta, a graduate student in physics; Alison Patteson, assistant professor of physics; and Jennifer Schwarz, professor of physics, recently had their results published in the New Journal of Physics. Their model sheds light on the function of a protein that is a major player in cancer growth, and their results could one day help researchers determine better ways to stop the spread of cancer.

Cell migration is a fundamental process that contributes to building and maintaining tissue. During wound healing and cancer metastasis, two instances when cells are known to be on the move, they depend on the skeleton of the cell, known as the cytoskeleton, for protection and to generate force. The cytoskeleton is made up of a network of proteins, and one in particular—vimentin—is often present when cells decide that they want to travel.

“When a cell is stationary, it is known that the vimentin protein expression is very minimal,” says Gupta. “Conversely, when the cells become migratory, expression of this protein increases.”

In Patteson’s lab, researchers have been recreating what a cell goes through as it migrates to observe how vimentin plays into the process. By squeezing cells with and without vimentin through narrow microchannels on collagen gels, they mimic in 3D the way cells navigate through small pores in real tissue. In their observations they found that the presence of vimentin in the cytoskeleton was crucial for the survival of cells moving through 3D space, something that researchers were previously unable to detect using traditional two-dimensional experiments on glass or plastic.

Using Patteson’s experimental results, Gupta and Schwarz developed a model that captures the effects of the vimentin protein on the cell’s cytoskeleton and the nucleus. That model enables the team to regulate the forces that the cell generates and the stiffness of the nucleus, providing visual proof of Patteson’s lab experiments.

“Without vimentin, we found that the cells are very soft and the nucleus becomes deformed as it moves,” says Gupta. “In the simulation with vimentin, the cell is much more resistant to deformation and the inside of the nucleus and its DNA is protected.”

By understanding vimentin’s role in protecting cancerous cells as they spread through the body, Patteson says their research could help pinpoint drugs that could slow its growth.

“In theory treating cancer with drugs that target vimentin could be an option,” says Patteson. “By targeting vimentin, the cell will not be able to go from one place to another efficiently, stopping the spread of cancer in its tracks.”

The team says another possible application could be with wound healing, where drugs that stimulate vimentin expression could be administered to speed up the movement of cells to the wound area, essentially accelerating the tissue restoration process.

Read the team’s full paper in the New Journal of Physics.

Funding that contributed to their work includes a National Science Foundation-Division of Materials Research grant and an Isaac Newton award from the Department of Defense belonging to Schwarz; a National Institutes of Health Maximizing Investigator’s Research award belonging to Patteson; a Syracuse University graduate fellowship awarded to Gupta; and a Syracuse University CUSE grant and Syracuse BioInspired grant awarded to Patteson and Schwarz.