Steve Sawyer, professor at the School of Information Studies (iSchool) and core faculty member in the Renée Crown Honors Program, has been recognized with the 2021 Award of Merit by the Association for Information Science & Technology (ASIS&T), the highest honor given by the international association of information science and technology professionals. The award honors an individual who has made particularly noteworthy and sustained contributions to the information science field in research, science and teaching. 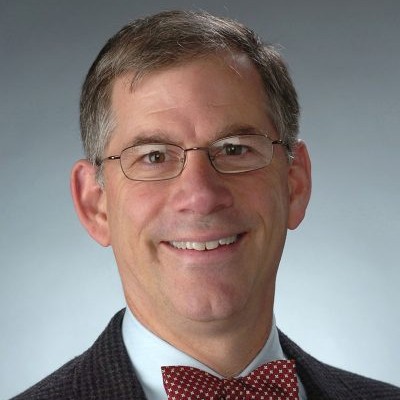 The 2021 ASIS&T Award of Merit is based on three criteria: impact on theory, scholarship and practice; exemplary leadership and sustained involvement; and education and mentoring. In nomination letters from colleagues around the globe, Sawyer is credited with “tireless championing of our discipline and our profession” along with “a decades-long dedication to mentoring the future generation of scholars” and being “a caring and generous teacher and scholar who has, in his quiet way, had a significant impact on our field.”

“This recognition is really about the privilege of being a member of such a great faculty here at Syracuse’s iSchool, the collegiality of my colleagues and collaborators, and all that I’ve gained from being around great students,” says Sawyer.

Sawyer’s research focuses on the ways in which people organize to work together and use information and communication technologies in social practices and collective action, the roles and functions of the technologies and systems of information sharing, and the institutional contexts in which these happen. His current research projects include distributed scientific collaborations, scientific data repositories, project-based (gig or freelancing) work and the technological skills (e.g., infrastructural competency and working on platforms) this requires, and new ways of organizing work.

“Steve’s research is both highly relevant and vital to advancing the field of social informatics,” says iSchool Dean Raj Dewan. “I am thrilled for him that his decades of work are being recognized and honored by his peers around the globe.”

“This recognition by an esteemed professional organization brings honor to both Steve and the iSchool,” says John Liu, interim vice chancellor and provost. “Steve inspires both students and faculty by focusing on the interdisciplinary nature of information science and technology and its impact on the global economy and society.”

In his nomination of Sawyer for the award, Kevin Crowston, associate dean for research and distinguished professor of information science at the iSchool, wrote that Sawyer “demonstrates a commitment to the next generation of scholars and information professionals through his active involvement in a range of mentoring activities in his home institutions, through ASIS&T and beyond.”

Upon learning of his selection as the 2021 Award of Merit winner, Sawyer said, “I am both surprised and honored by this recognition. I appreciate the recognition of my colleagues, and the opportunity to be part of the information science community at this important point in our society’s history.” He will receive his award during the association’s 2021 meeting in late October in Salt Lake City, Utah. ASIS&T represents thousands of researchers, developers, practitioners, students and professors from 50 countries around the world.

Sawyer is the current editor in chief of the Journal of the Association of Science and Information Technology (JASIST). He received a D.B.A. and a master’s degree in management information systems from Boston University. He also earned his master’s in ocean engineering from the University of Rhode Island. From his earliest published work in the 1990s to his latest publications, he has amassed an impressive body of scholarship including 46 articles, three books, 28 book chapters, 37 refereed conference papers, more than 70 invited talks and many other works.