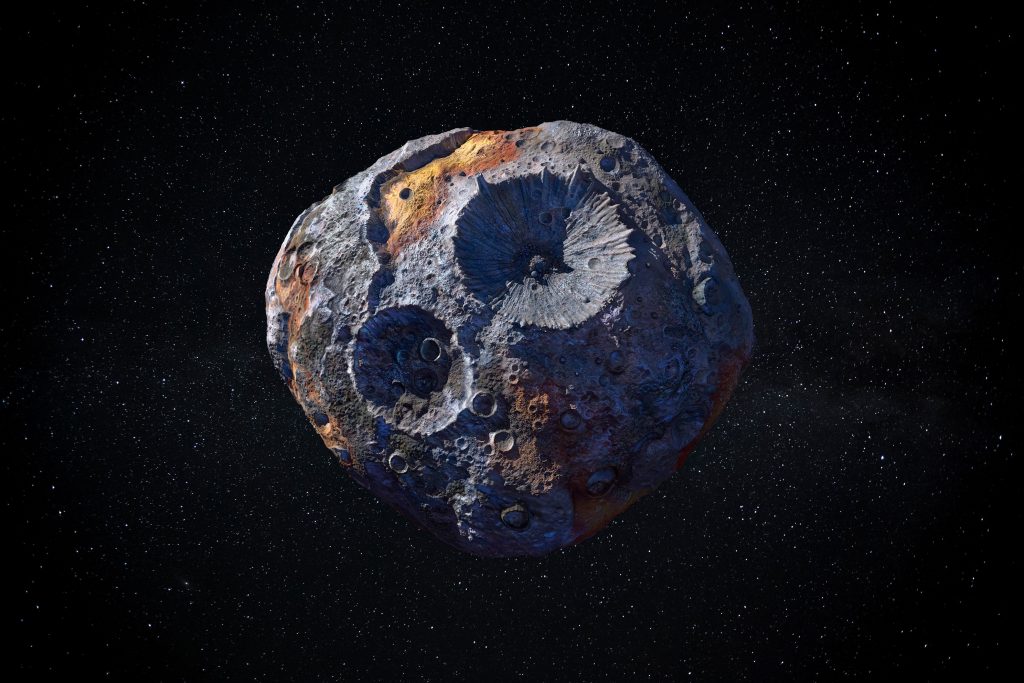 In August 2022, NASA will embark on a space mission to 16 Psyche, a 140-mile diameter giant metal asteroid situated in the asteroid belt between Mars and Jupiter. NASA says it will be the first mission to investigate a planetary body made of metal rather than those dominated by rock and ice, such as the Earth, Moon or Mars. Inspired by that historic mission, researchers from Syracuse University and North Carolina State have collaborated to investigate how different lava types would flow on a planetary body made of mostly metal, like 16 Psyche. The team then plans to share the published results with NASA and other investigators interested in the 2022 NASA mission to the “metal world.”

As molten rock, or magma, from deep inside Earth oozes out onto the planet’s surface, the stream of hot liquid that pours out is then called lava. Lava is one of the fundamental materials that creates and modifies landscapes on planetary bodies in our solar system. The shapes of volcanic landscapes on Earth provide the basis for understanding eruptions on other planets.

Unfortunately for scientists, it is difficult to study active lava flows in nature due to the unpredictability and danger associated with research near an eruption. But researchers at A&S have found a way to study lava more safely. Since 2009, the Syracuse Lava Project has been recreating lava flows under controlled conditions on the Syracuse University campus by melting rocks to different temperatures using furnaces. They create meter-scale flows of molten basaltic lava, the same black lava that covers the seafloor, Hawaii, Iceland and other volcanic terranes on Earth and other planets.

When rock is melted under these extreme conditions, researchers at the Syracuse Lava Project observe an iron-rich material separating out from the molten basaltic lava and sinking to the bottom of the furnace due to its higher density.

In a recent paper published in Nature Communications, the team reported results from their experiments with “ferrovolcanism,” in which metallic flows separate from and interact with the more common basaltic flows. The group included lead author Arianna Soldati, assistant professor of marine, earth and atmospheric sciences at NC State, along with researchers from Syracuse University, including James Farrell, postdoctoral researcher; Bob Wysocki, associate professor in the College of Visual and Performing Arts; and Jeff Karson, the Jessie Page Heroy Professor and Department Chair of Earth and Environmental Sciences.

The team reports that the metallic lava flows traveled 10 times faster and spread more thinly than the basaltic flows, breaking into distinctive braided channels. The metal also traveled largely beneath the cooling basaltic flow, emerging from the leading edge of the composite flow.

“Although this is a pilot project, there are still some things we can say,” Soldati says. “If there were volcanoes on 16 Psyche—or on another metallic body—they definitely wouldn’t look like the steep-sided Mt. Fuji, an iconic terrestrial volcano. Instead, they would probably have gentle slopes and broad cones. That’s how an iron volcano would be built—by thin flows that expand over longer distances.”

According to Karson, this work shows how molten materials anticipated on planetary surfaces can interact to create distinctive flow “morphologies.” These different shapes and textures of lava can be related to their densities, compositions and viscosities.

“Volcanism is one of the first-order processes that shapes planetary surfaces,” Karson says. “Molten silicate flows (for example, basalt as seen in Hawaii or Iceland or the seafloor) dominate on Earth but other molten materials may be important in other settings. Molten iron-rich flows are likely to have occurred on some planetary bodies, but have not yet been observed. Our experiments show how they might behave and the type of surface features they might produce.”

They plan to follow up their research with a series of experiments later this year supported by a Syracuse University CUSE grant to document variations in experimental parameters that will allow them to observe how the metallic lava might behave during eruptive processes.