Mark Glauser, professor of mechanical and aerospace engineering in the College of Engineering and Computer Science, has been awarded a Meritorious Civilian Service Medal by the U.S. Army for his work with the Army Science Board. 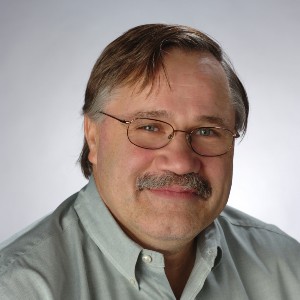 Glauser previously worked as a program manager for the Air Force Office of Scientific Research from 1996 to 1999. When he joined the board, he brought his experience at a leading research university and an understanding of how the Department of Defense operates.

“When I had the opportunity, I was pleased to be able to do it. I felt I wanted to use a skill set I have to contribute to our soldiers,” says Glauser.

In an announcement of the award, the Army described Glauser’s commitment to the Army Science Board. “He has earned a remarkable reputation for selfless service throughout the United States Army and the Department of Defense,” the announcement stated. “His exceptional devotion and dedication to duty reflect great credit upon him, the United States Army and our nation.”

Glauser’s experience with current technologies, especially his work with unmanned aerial vehicles and research on turbulent flows and nonlinear stochastic systems in general, was valuable to a number of Army Science Board studies. On multiple instances, Glauser was asked to brief high-level Army leaders on next generation technology or research.

“It has been a great experience for me, I have been able to make some significant contributions and work on some interesting problems,” says Glauser.

Glauser is open to returning to full board member status in the summer of 2021 and providing guidance for years to come.

“It is a nice way for me to contribute and stay active,” says Glauser.