There’s no doubt the Earth’s temperatures are going up. According to a December report by the World Meteorological Organization, 2020 is on track to be one of the three hottest years on record, already within the warmest decade to date. During the year’s hottest months, many people rely on electricity-generated cooling systems to remain comfortable. But the power plants that keep air conditioners pushing out cold air could soon be in a vicious cycle in a warming world–not able to keep up with growing demands on hotter days and driving up greenhouse gas emissions to dangerous levels. 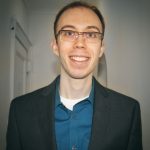 Ethan Coffel, assistant professor of geography and the environment in the Maxwell School, explores this power and climate struggle in the research paper, “Thermal power generation is disadvantaged in a thermal world.” The work published this month in the scientific journal Environmental Research Letters. Professor Coffel answered five questions about the new findings and how warming temperatures will impact every part of our power infrastructure.

Q: Can you describe your research?

A: We show that the thermal power plants that currently generate most of our electricity are already having to reduce their electricity output on hot days due to cooling limitations. On the hottest days, power plant capacity can be reduced by more than 10 percent because the air and water that are used to cool the plants is too warm. This lost generation capacity is a problem because these hot days are when electricity is most needed to run air conditioners.

Q: In conducting your research, in what ways or specific examples did you find climate change impacting human systems?

A: Our work demonstrates a harmful interaction between human adaptation and infrastructure vulnerability in a warming world. As hot days become more frequent, more people will want air conditioners to protect themselves from unpleasant and dangerous heat. But, these air conditioners need electricity, which further increases the greenhouse gas emissions that drive global warming! And further, more A/C will increase electricity demand at the same time as heat is reducing the output of power plants, potentially straining the electricity grid in some places.

Q: What does your research reveal or uncover about future global electricity production?

A: We find that thermal power generation will be disadvantaged in a warmer world. By the middle of the century, we find that 100-200 additional average-sized global power plants could be required to make up for the electricity generation capacity lost due to heat. Transitioning the electricity sector to renewables–especially wind and solar–will not only reduce the greenhouse gas emissions that cause climate change, but will also reduce the negative impacts of global warming on our power infrastructure.

Q: So much attention is put on governments, companies, cities, etc. and their contributions to global warming. Are there smaller things individuals and families can and should focus on?

A: While individual steps are no substitute for strong national policy action to reduce greenhouse gas emissions, there are many things individuals can do, both large and small. Some big steps people can take are installing solar panels on their homes, replacing gas or oil furnaces with electric heat pumps, replacing an old vehicle with an electric car, or replacing a gas stove with an electric model. These infrastructure investments can significantly reduce someone’s individual emissions (and keep those emissions low for years to come).

Smaller steps include flying just a bit less, driving a bit less or eating a bit less meat. These individual actions are important because they encourage others around you to take climate-friendly steps to reduce their emissions too.

Q: What should policymakers be doing now to prepare for warming threats and its impact to our electricity supply? What options would you suggest?

A: To meet the Paris Accord target of 1.5-2 degrees Celsius of global warming, global greenhouse gas emissions need to reach net zero by mid-century. Achieving this goal would require extremely large investments in renewable energy, electric vehicles and changes to land management. These changes are starting to happen, but not nearly fast enough.

We are very fortunate that major progress has been made to reduce the cost of wind and solar power–these zero–carbon electricity sources are now often cheaper than fossil fuels. So making the transition away from coal, oil and gas not only makes climate sense, but also economic sense. However, we are already feeling the impacts of global warming. Governments should be preparing for the large increases in electricity demand that will come with increased temperatures and A/C use, and ensuring that electricity supplies are sufficient to meet this rising power demand, even after accounting for the reduced power output of thermal power plants on hot days.