Remembering Joshua Goldberg, Professor Emeritus of Physics in the College of Arts and Sciences

Share
College of Arts and SciencesDepartment of Physicsin memoriam 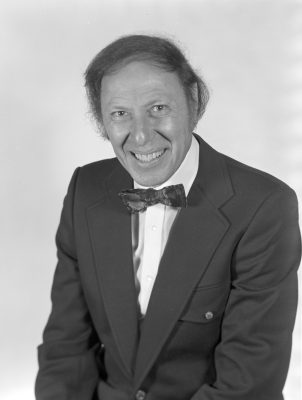 The Syracuse University community mourns the recent passing of Professor Emeritus of Physics Joshua Goldberg G’50, ’52 Ph.D. Goldberg left an indelible mark on the department as both a student and then longtime professor. An expert in Einstein’s general theory of relativity, Goldberg helped bring some of world’s greatest physicists to the University, including Sir Roger Penrose, winner of the 2020 Nobel Prize in Physics.

Originally from Rochester, New York, Goldberg received a bachelor’s degree in physics from the University of Rochester in 1947, followed by a master’s degree and doctoral degree in physics at Syracuse University. At Syracuse, Goldberg worked closely with renowned physicist Peter Bergmann, who had worked with Albert Einstein as a research assistant at the Institute for Advanced Study before joining the College of Arts and Sciences (A&S) faculty in 1942. Bergmann, with his background in relativity, influenced Goldberg’s research specialization, serving as his thesis advisor at the University.

In 1962, Goldberg and his collaborator Ray Sachs found a property of the Einstein equations now known as the Goldberg-Sachs Theorem. This theorem was integral to the discovery of the Kerr metric, the solution of Einstein’s equations that describes all black holes in the universe, from the black holes formed by exploding stars to the giant “supermassive” black holes lurking in the center of galaxies.

“Only a year after Einstein published his theory, scientists found a solution that predicts non-rotating black holes,” says Charles Brightman Professor of Physics Duncan Brown. “But real black holes rotate, like the Earth rotates about its axis. Scientists spent decades in a futile attempt to pry the rotating black hole solution from Einstein’s equation.” The Goldberg-Sachs Theorem guided scientists in the right direction. Only a year after the theorem was published, Roy Kerr found the long-sought solution that describes the black holes that we see in the universe today.

Before Goldberg joined the physics faculty in 1963, he was a research scientist at the Armour Research Foundation from 1952-56 and then worked at the Aerospace Research Laboratory at Wright Patterson Air Force Base, where he assembled a group working on relativity. According to Emeritus Professor of Physics Peter Saulson, Goldberg’s years working for the Air Force kept research in the field of gravitation alive, allowing it to blossom further in subsequent years.

Goldberg was specifically in charge of disbursing Air Force funding in support of research in general relativity to many research groups around the United States and Europe. “This was a position with a great deal of responsibility, where the Air Force relied on his broad technical knowledge and good judgment to support this important field of scientific research,” says Saulson.

Goldberg sponsored the first international conference on General Relativity and Gravitation at Chapel Hill in 1957, leading directly to the launching of the experimental program, sponsored by the National Science Foundation, to detect gravitational waves that culminated in the Laser Interferometer Gravitational-Wave Observatory (LIGO). “Josh’s work was in relativity theory, but he always took an active interest in the experimental group at Syracuse that he helped create,” says Associate Professor of Physics Stefan Ballmer.

Researchers at LIGO, including A&S physicists, made the first-ever detection of gravitational waves, produced by the merging of two black holes. That monumental discovery in 2015 finally confirmed Einstein’s theory of general relativity. Saulson says, “Of my many fond memories of Josh, one that stands out is of the joy he took in LIGO’s discovery of gravitational waves, for which he helped to lay the groundwork decades before.”

In his over half-century as a professor at Syracuse, Goldberg served as the department chair for seven years, published more than 60 papers, and was a visiting professor at King’s College University in London, the University of Paris VI and The Technion–the Israel Institute of Technology. Just as Bergmann was to him, Goldberg served as a mentor to up-and-coming young student physicists as well as new faculty, like Abhay Ashtekar, who was a professor of physics at Syracuse from 1980-93. Ashtekar, now the Evan Pugh Professor of Physics and holder of the Eberly Chair at Penn State University, says that Goldberg fostered a supportive and collaborative community in the physics department and always encouraged colleagues to take chances.

In a memoir about Goldberg written by Ashtekar, he says, “It is thanks to his openness, and unwavering support of good ideas, that I gathered courage to make bold proposals and Syracuse was able to take full advantage of opportunities that were under the radar at the time. This led to the hiring of, for example, Demitrios Christodoulou in mathematical general relativity, Roger Penrose on a Distinguished Visiting Chair and Peter Saulson in gravitational wave physics. As history shows, these initiatives paid off handsomely both for Syracuse and for our field in general.”

Indeed, those initiatives did pay off. The 2017 Nobel Prize in Physics was awarded to Rai Weiss, Kip Thorne and Barry Barish for the discovery of gravitational waves and the 2020 Nobel Prize in Physics was awarded to Sir Roger Penrose for the discovery that black hole formation is a robust prediction of the general theory of relativity. Penrose spent time in Syracuse as a visiting fellow in 1961 and again as a Distinguished Visiting Professor of Physics and Mathematics from 1987-93. Penrose worked with Goldberg’s group on a wide variety of topics in relativity and quantum gravity.

The Syracuse University Department of Physics and the fields of relativity and astrophysics would not be where they are today without the contributions of Josh Goldberg. His foundational work in special and general relativity led to the historic discoveries of gravitational waves today.

“He was the most gracious colleague one could ask for and a link to the heroic days of general relativity, to which he contributed so much,” says Saulson. “He will be sorely missed by all of us.”