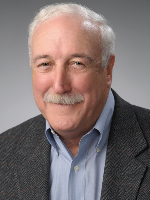 Sean O’Keefe is a University Professor and the Howard G. and S. Louise Phanstiel Chair in Strategic Management and Leadership in the Maxwell School. O’Keefe served as administrator of NASA during the George W. Bush Administration.

In a recent op-ed for The Hill, O’Keefe addresses both the dangers of manned space flight—recalling the space shuttle Columbia tragedy in early 2003—and its importance, with astronauts Robert Behnken and Douglas Hurley traveling this past weekend from Kennedy Space Center to the International Space Station (ISS) aboard their SpaceX Crew Dragon space capsule to continue the important work being done on the orbiting laboratory.

“We’re still in the early chapters of space exploration, discovering new limitations, knowing this is hazardous and high-risk,” O’Keefe writes. “Humans take these risks to explore because we’re driven by our curiosity, a sense of opportunity and a desire to expand humanity’s reach. These same motivations have inspired every venture to explore the unknown since the dawn of humankind.”

He also credits President Bush’s vision in laying out a strategy to renew America’s dedication to explore. Under the Obama administration, O’Keefe says, that strategy was modified, “slowing NASA’s spacecraft development but accelerating the commercialization plan to develop new systems to competitively sustain the space station”—such as SpaceX, a private company that has delivered supply payloads to the ISS for the past several years and has now transported two human passengers.

The emergence of commercial partners for NASA “opens a new opportunity not only to expand access to the space station for future NASA crews but inspires other entrepreneurial companies to expand opportunities for anyone on Earth to venture there.” And at the same time, this gives the space agency opportunity to concentrate its resources on developing the NASA Space Launch System, with the intention of a return to the Moon and an eventual venture to Mars.

To read O’Keefe’s commentary in full, visit The Hill website.