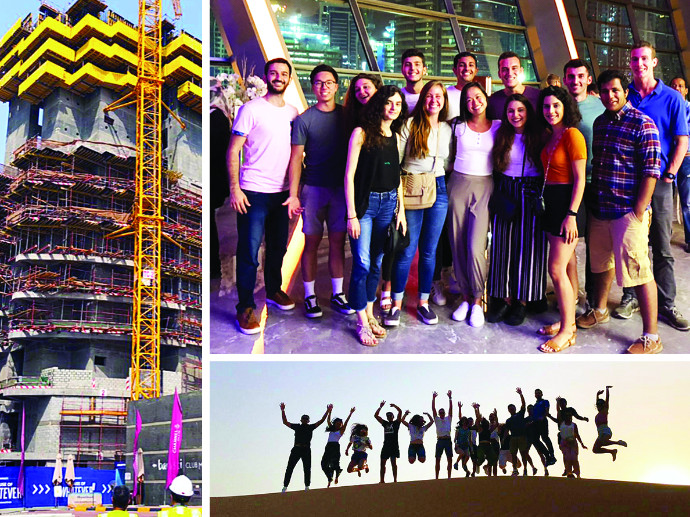 As Syracuse University enters its 150th year, the College of Engineering and Computer Science is celebrating the completion of the 10th year of the James A. Mandel and Samuel P. Clemence Dubai Contracting Company (DCC) Internship Program, as well as the generosity of the trustee who makes it all possible.

Abdallah Yabroudi ’78, G’79, chief executive officer and managing director of DCC, offers a one-of-a-kind program that places civil engineering students in a four-week internship at DCC’s headquarters in Dubai, United Arab Emirates (UAE). In doing so, he has created an immersive experience that is unrivaled in civil engineering education.

In this innovative program, students are taught by DCC engineers and partake in learning sessions in a high-tech classroom and at a range of construction sites. There, they see how concepts of civil engineering apply to actual multimillion-dollar projects.

“This is something that I love to do because I never had the chance to participate in something like this when I was an undergraduate student. Students should have the chance to work on real-world projects because it’s so important for them to learn why they are studying. In my opinion, it’s the best, and almost the only way that students can gain practical skills,” says Yabroudi.

The program was founded in the late 2000s as part of a $5 million gift from Yabroudi to the College of Engineering and Computer Science—establishing him as the biggest donor in the college’s history. He named the program after the two faculty members who had the most significant impact on him during his time at Syracuse University.

When the Dubai program first launched, Yabroudi converted space in DCC’s headquarters into a high-tech classroom to host participating students. Working with Professors Sam Clemence, James Mandel and Eric Lui, and with insight from contacts in the School of Education, they developed a strict curriculum for the program that includes class time, lectures, presentations and pop quizzes. 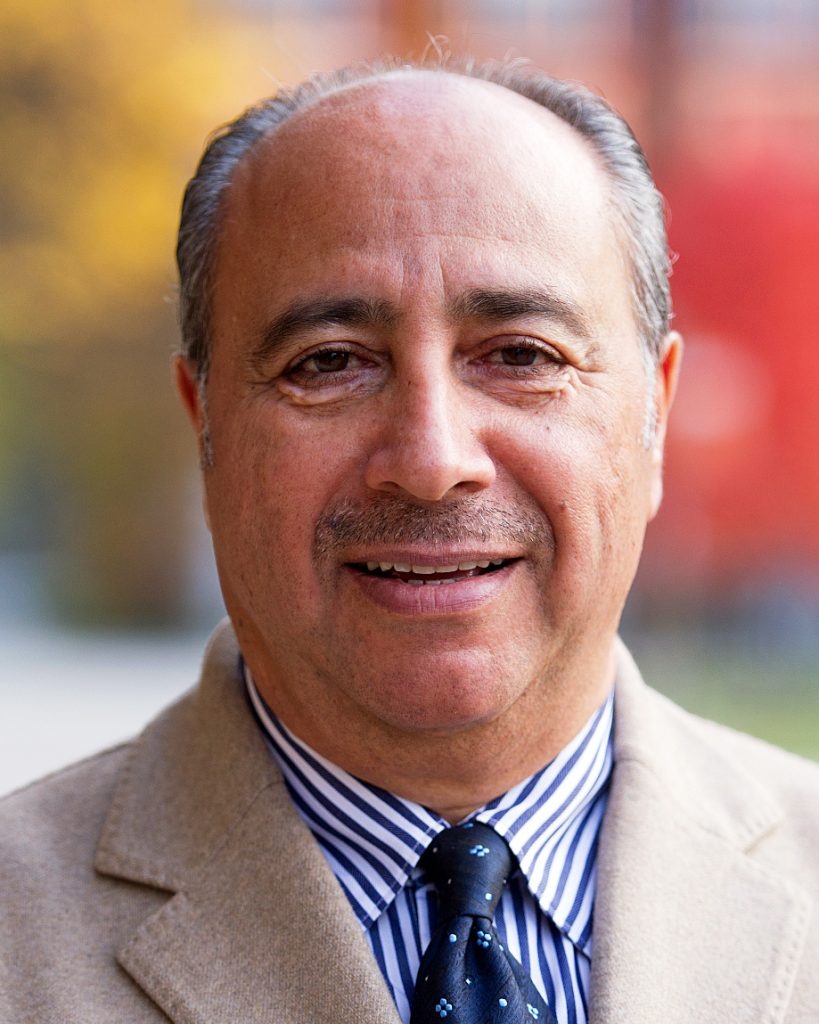 Yabroudi also hosts a cohort of students from Lebanese American University for the program. This extends the benefits of the experience to learning to work and learn alongside international peers. And, participants have opportunities to unwind and experience the Middle East with trips to the desert and an indoor ski resort. There is also a longstanding tradition of a student basketball tournament during the trip—a testament to Yabroudi’s love of Orange hoops.

After ten years, the format has been fine-tuned, but the early success of the program provided a strong foundation for how the program operates today.

“Every year things get better,” says Clemence. “Abdallah has the students learning directly from DCC’s project manager in charge of planning all of their construction projects—massive $100 million projects. He brings them to sites that range from a big hole in the ground, all the way up to projects where they’re putting in the marble finishes. Students see the full scope of how buildings are constructed.”

R.J. Walker ’09 was a member of the very first class. Today, he is a structural engineer for AECOM—one of the top civil and environmental engineering companies in the world. He recalls the experience as a challenging, rewarding experience that ultimately positioned him to attain his career goals upon graduation.

“It’s a once-in-a-lifetime experience,” says Walker. “You typically don’t get that right kind of exposure as an intern. I was able to take the theory learned in class and see it implemented in the real world. That connected a lot of dots for me and really benefitted me in my career. Plus, it definitely looks great on my resume.”

Haley Bigando ’19 G’21, who participated in the ninth year of the program, echoed Walker praise for the program and was impressed with Yabroudi’s ardent commitment and generous nature.

“Mr. Yabroudi is very passionate about the growth of future engineers, and he inspires passion in us—not just for engineering, but for learning,” says Bigando. “He is intimately involved with all aspects of the internship. I was amazed that a CEO of a company with an annual construction budget of 500 million to a billion dollars showed such devotion to us and our learning. It’s extraordinary.”

Bigando graduated in May and has returned to campus to complete work on her master’s program in civil engineering. She recently nominated Yabroudi for the prestigious Tau Beta Pi Distinguished Alumni Award, and Yabroudi became one of the four highly accomplished individuals to receive the honor in 2019.

Yabroudi’s contributions to Syracuse University, its students, and the world of construction are nothing short of remarkable. While his influence reverberates through the success of ten cohorts of interns, Yabroudi is quick to remark on the seeds of his success established at Syracuse University.

“The success I have found in my profession stems from the education I received at Syracuse—particularly from Dr. Clemence and Dr. Mandel,” says Yabroudi. “I want tomorrow’s engineers to receive the same kind of quality education and care that I received as a student, and to have experiences above and beyond what I had at the time. I’m proud that this internship has accomplished this for so many.”

A native of Jerusalem raised in Lebanon, Yabroudi studied business administration before coming to Syracuse in the late 1970s to study civil engineering. Yabroudi earned a bachelor’s degree in civil engineering and a master’s degree in industrial engineering before returning home to Dubai to work for this father’s company—DCC. Under his 35 years of leadership, DCC has experienced unprecedented growth and is recognized as one of the leading contracting companies in the UAE and the Gulf Cooperation Council. Yabroudi is the recipient of Syracuse University’s highest alumni honor, the George Arents Award, and was recently named a Tau Beta Pi Distinguished Alumnus.

The internship was recently highlighted in the July 7 edition of the Khaleej Times.