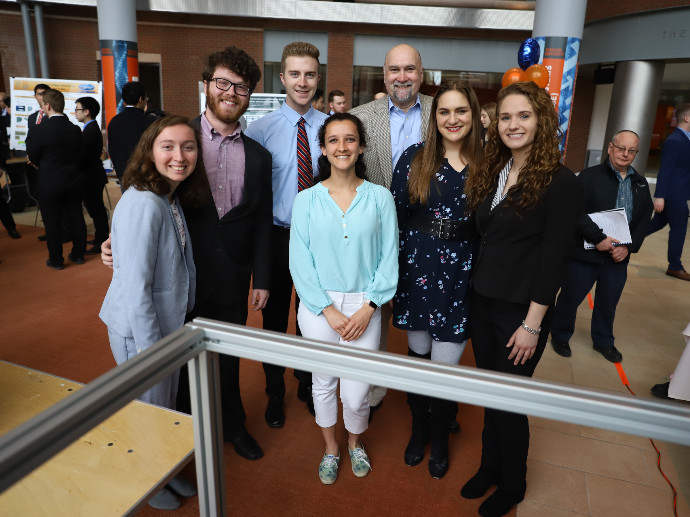 “The drone they use has a 10-15 minute flight time and that is it, the battery is dead and those take hours to charge back up. To connect it into the ground station, you can charge it and have it fly for hours,” says Hobart.

The project involved many elements—building a reel, a parachute and a motor incorporated with a control system—and each component had to work with the others.

“It was incredible. You were able to see what the industry was like, get feedback as we were going through the process of creating designs and testing,” says Hingre.

“We got our control system working, which means as the drone flies up the reel will unwind and give the drone slack so it can fly higher. It will wind back up if you don’t give it enough,” says Hobart. “When we release the connection piece in mid-air, the umbrella will float down and save the connection piece.”

For final testing, the team attached the drone station to an octocopter. 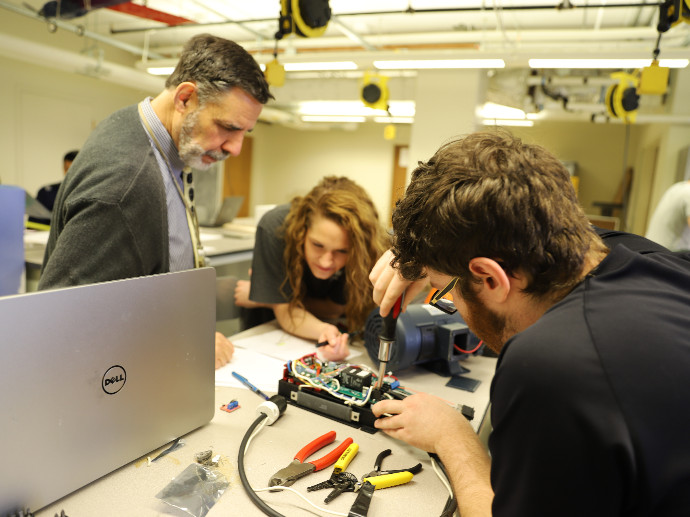 “Watching the drone take off and have the motor turn in the right, then have it release and the umbrella work—we were ecstatic,” says Hingre.

“If you spend the four years here, all that background knowledge comes in, you get this station that works,” says Hobart. “It’s amazing they bring these companies and they work so willingly with students like me.”

“To see that we could do it and accomplish that is something that for engineering in the future, I’m very confident in any team project I have,” says Telesca.