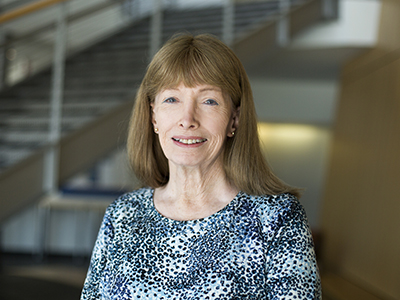 The University Lectures series continues with Lynn Conway, professor emerita of electrical engineering and computer science at the University of Michigan, on Tuesday, March 26. Conway’s presentation, “An Invisible Woman: The Inside Story Behind the VLSI Revolution in Silicon Valley,” begins at 7:30 p.m. in Hendricks Chapel and is free and open to the public.

Conway’s appearance is co-sponsored by the College of Engineering and Computer Science, with media sponsor WAER. American Sign Language (ASL) interpretation and Communication Access Realtime Translation (CART) will be provided.

Conway’s discussion will focus on a phenomenon that occurred to her and that she believes has also affected other women scientists, as well as members of underrepresented populations: one in which the discoveries they have made, and their contributions to science and technology, have faded over time from the annals of history.

In 2015, U.S. Chief Technology Officer Megan Smith raised profound questions about women’s contributions in science, engineering and math being erased from history. In her talk, Conway will explore a case study of such an erasure and surface a very counter-intuitive conjecture about the underlying causes and effects.

“As a woman, I disappeared from history and so did my innovations,” Conway wrote in an insightful essay, “The Disappeared: Beyond Winning and Losing,” in the October 2018 issue of Computer Magazine. 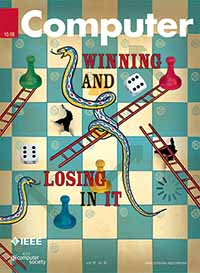 As a young researcher at IBM in the 1960s, she made pioneering innovations in computer architecture. IBM fired her in 1968 upon learning she was undergoing gender transition. A gritty survivor, she restarted her career in “stealth-mode” after completing her transition.

However, over time, the credit fell more to Mead and less to Conway. To the point that her involvement all but disappeared. In 2009, Mead was an honoree—hailed as one of 16 men lauded as “the [Silicon] Valley’s founding fathers”—at the Computer History Museum’s gala celebration of the 50th anniversary of the integrated circuit. Not only was Conway not invited, she did not even know the event was taking place.

This prompted Conway to research her “disappearance.” By 2010, she had compiled an “online VLSI archive,” a collection of artifacts that helped her sort through events.

It was an important step toward telling her story, and her contributions began to reappear. She has since become a member of the Hall of Fellows of the Computer History Museum; been awarded several honorary degrees; and received the Institute of Electrical and Electronics Engineers (IEEE)/Royal Society of Edinburgh James Clerk Maxwell Medal, the Secretary of Defense Meritorious Civilian Service Award and the IEEE Computer Society’s Computer Pioneer Award.

She is a fellow of the IEEE and the American Association for the Advancement of Science, and was elected to the National Academy of Engineering.

In the early 1980s, Conway left Xerox to become assistant director for strategic computing at the Defense Advanced Research Projects Agency. In 1985, she moved to the University of Michigan as professor of electrical engineering and computer science and associate dean of engineering.

For decades, Conway had kept her gender transition a secret. When nearing retirement from the university, in 1999, she began quietly coming out as a trans woman, sharing with her friends and colleagues, and using her personal website to tell her story. It was more widely reported in 2000 by way of profiles in Scientific American and The Los Angeles Times.

After going public with her story, Conway began work in transgender activism, intending to “illuminate and normalize the issues of gender identity and the processes of gender transition.” She has worked to protect and expand the rights of transgender people, including by evolving her website into a multilingual beacon of encouragement and hope for transgender people worldwide.

In addition, in 2012, she published a memoir that finally revealed how—closeted and hidden behind the scenes—she conceived the ideas and orchestrated the events that disruptively changed an entire industry.

The next and final speaker in the spring semester is Martin Indyk, distinguished fellow and director of executive education at the Council on Foreign Relations, former executive vice president of the Brookings Institution and two-time U.S. ambassador to Israel (April 16).