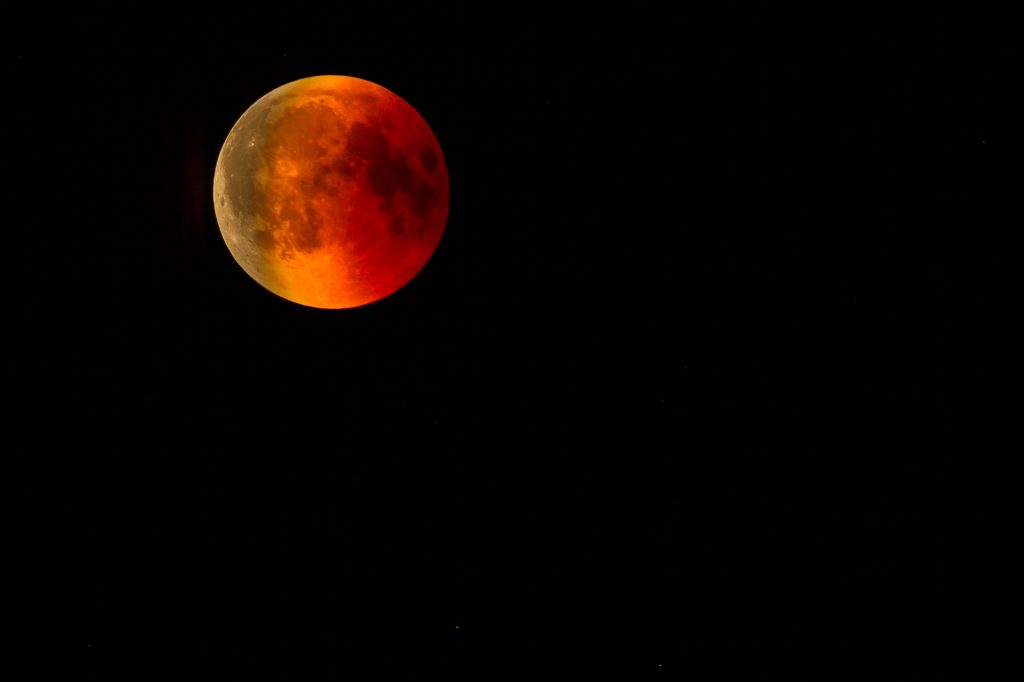 Look to the sky on the evening of Sunday, Jan. 20, and you’ll be in for a rare treat.

A total lunar eclipse will be well visible to stargazers as the Earth’s shadow crosses in front of the moon. This month’s total eclipse will be the last one visible from the United States until 2022.

Walter Freeman, an assistant teaching professor in the physics department in the College of Arts and Sciences, answers five questions about the upcoming astronomical event.

Q: What should those in the viewing area of the Jan. 20-21 total lunar eclipse expect to see?

A: Viewers will see a normal full moon at first starting at around 10:35 p.m. Eastern time. At that time, the Earth’s shadow will begin to pass in front of the moon, blocking almost all of the sun’s light from reaching it. 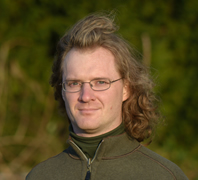 Observers will see the moon appear to be progressively “swallowed up” starting from the lower left. This process will end at 11:40 p.m., when the Earth’s shadow covers the whole of the moon’s surface; this is the beginning of “totality.” This will last until around 12:40 a.m., when the motion of the Earth’s shadow will carry it past the moon, and the moon will gradually again be lit by the sun. At 1:45 a.m., the moon will be fully visible again.

Q: How often does this sort of eclipse happen?

Q: What’s the difference between a total lunar eclipse and a “blood moon”…or are they the same thing?

A: The moon won’t be completely invisible during the period of totality, when the Earth’s shadow completely covers it! A little bit of sunlight is refracted by the Earth’s atmosphere and reaches the moon, bending around the edges of the Earth. This small amount of red light still illuminates the moon enough for us to see it. Instead of being bright and white, the moon will be very dim and red, 10,000 or so times dimmer than usual; people call this a “blood moon.”

Since the moon doesn’t shine on its own, but only reflects the sun’s light, any lunar eclipse happens when the Earth is exactly between the sun and the moon.

Q: Is there anything that those on the ground should be aware of when they’re looking up at a total lunar eclipse?

A: There are no precautions you need to take when observing a lunar eclipse, since the moon is never bright enough to hurt our eyes like the sun is. A blood moon is one of the few opportunities we have to see both the moon and the stars in the sky at the same time, since the moon is usually too bright.

Q: When will the next one happen that can be viewed from Syracuse?

A: Partial solar eclipses (where the Earth’s shadow doesn’t completely cover the moon, and only takes a bite out of the side of it) are more common. But the next total solar eclipse visible from Syracuse will be near midnight on the night of May 15-16, 2022.