With the Innovation Law Center’s Help, an Engineer Innovates an Old Technology for a Life-Saving Purpose

Think back to your last time at a bank drive-thru. You likely deposited or received money through a tube that travels from your window to the bank and back in a minute or so. These systems—known as pneumatic tubes—have been a go-to resource for banks for many years. Yet when was the last time you actually went to the bank for such a transaction? Nowadays, thanks to technological advancements, more than half of Americans use digital and mobile as their primary method of banking, deeming pneumatic tubes and bank drive-thrus old-fashioned. 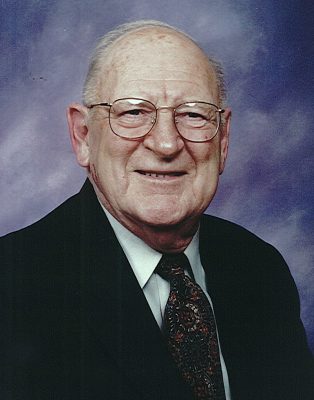 However, one engineer sees a new life for this old pneumatic technology and—with help from technology commercialization students in the College of Law’s Innovation Law Center—is working to innovate this delivery system for a new, ground-breaking purpose. Meet Fred Valerino Sr.

With a passion for innovation and a knowledge of health-care needs, Valerino is in the midst of creating his new, yet-to-be-named company. However, before he conceived of his present project, Valerino built up a plethora of experience with engineering, manufacturing and innovation over a long career.

After graduating in Le Moyne College’s first class, he began working in service and parts distribution for Lamson Corp., an innovator of conventional pneumatic tube and conveyor systems. Valerino then became a pneumatic tube system estimator, working in engineering systems and sales applications. A promotion led him to become a sales engineer and later a sales manager. Shortly thereafter, Lamson was acquired by Diebold Inc., a security systems company, and Valerino began leading the government sales engineering project. Valerino’s time with Lamson and Diebold led him to understand the reliability challenges, high maintenance requirements and difficult-to-maintain nature of pneumatic tubes. This revelation drove him to solve these issues himself.

Valerino formed his own company, Pevco, in May 1978 as his personal venture into pneumatic tubes and health care. The company, which developed from a core group of immediate friends and family, produces pneumatic tube systems for hospitals to accommodate deliveries from blood banks, laboratories, nursing stations and pharmacies. Pevco’s goal upon creation was to provide pneumatic tubes with a 99.9 percent reliability factor. Valerino and his company accomplished the goal, and, in turn, the system has helped hospitals reduce product loss, improve turnaround times and increase safety. Now, 40 years after its creation, Pevco is still growing, with a presence in more than 650 hospitals worldwide and a nucleus of members that have remained from the start.

In 2015, Valerino took a step back from the company to develop his new idea. While attending a medical conference in Houston in 2015, he met with numerous health-care executives and learned that a major safety challenge for hospitals still had to be solved—and that his old technology could be the new solution.

“The biggest liability in hospitals today is needle pricks,” says Valerino. “Addicts are accessing and sticking themselves with needles to get their fix, leading to unnecessary deaths. That’s where my idea came in.”

The engineer’s knowledge of pneumatic tubes allowed him to design a simple, yet innovative structure that would take sharps from patient rooms to a designated disposal area and sort them into categorized safe removal buckets. The buckets, hooked up to sensors, would then notify personnel when they needed to be emptied.

After conceiving the sharps system, Valerino realized that it could not only resolve the major issue with needles but deliver pharmacy products to patient rooms as well. Thus, a two-pronged company was formed, and the tube systems developed.

Valerino hopes his “Sharps Pharmacy Delivery System” will not only solve safety and delivery issues in hospitals but also eliminate cart travel, diminish and eliminate paperwork, and decrease the number of personnel handling medication on its path to the patient. According to Valerino, this combination of benefits will change the operation of hospitals.

“The system will save hospitals tens of thousands of dollars, in addition to the lives saved from increased sharps safety and decreased medicine delivery time,” Valerino states.

While Valerino can be credited with the invention and creation of the new system, he credits the New York State Science and Technology Law Center (NYSSTLC) with helping him arrive at his current stage of business development. Students of the NYSSTLC are working with Valerino on a patent landscape—researching and tracking technology patents—and analyzing his industry for potential competition.

“With the assistance of the NYSSTLC’s student-led research and my patent attorney, it will be virtually impossible for anyone to circumvent this technology,” Valerino says. “We already have two patents, two provisional patents and two future patents. And thanks to the students, I know that competition does not and cannot exist.”

Now, Valerino says his product is nearly ready to hit the market, with a successful first installation in a local pediatric urgent care center. The three-patient system has been in operation for 16 months now, and according to Valerino, “it works flawlessly.” Once formally announced, he hopes to install pilot systems in two or three hospitals for further testing. And although Valerino says that hospitals are historically resistant to change, he believes his product will be welcomed for its benefits.

“It’s not going to take long for hospitals to see what the cost saving is with the new system,” Valerino observes. “Once the technology becomes known, it will grow like wildfire.”