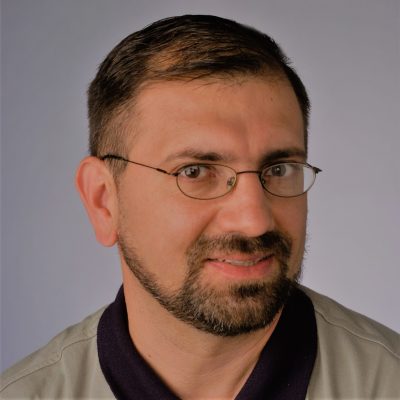 A physicist in the College of Arts and Sciences is using a major grant from the National Institutes of Health (NIH) to support ongoing research into protein detection.

The project involves researchers from Syracuse University and SUNY Upstate Medical University, the latter of whom are led by Michael Cosgrove G’93, G’98, associate professor of biochemistry and molecular biology.

“Our mission is to design, create and optimize novel biophysical tools that detect tiny amounts of biological molecules,” says Movileanu, a member of the Biophysics and Biomaterials research group in the Department of Physics. “We will devise protein-based detectors that benefit molecular biomedical diagnostics.”

Biomedical diagnostics is a rapidly evolving field involving the screening, detection, diagnosis, prognosis and monitoring of disease at various stages of development.

This work involves physics measurements, device engineering principles and other biophysical approaches that enable scientists to observe mechanistic processes at the single-molecule level.

Movileanu credits the Human Genome Project for providing new ways to identify proteins that play critical regulatory roles in cells. Studying how and why proteins interact with one another is part of a burgeoning area called interactomics.

“This work impacts our fundamental understanding of disease cause and its progression,” says Movileanu, who came to Syracuse in 2004, after a postdoctoral stint at Texas A&M University. “If we know how individual parts of a cell function, we can then figure out why a cell deviates from normal functionality toward a tumor-like, oncogenic state.” 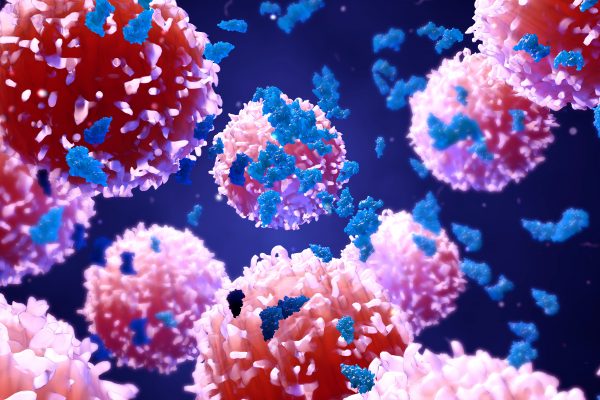 A 3-D illustration of cancer cells (Courtesy of Design_Cells/Shutterstock.com)

Movileanu uses nanopore technology to identify and validate proteins. This involves sending an electric current across an artificially engineered hole in a cell membrane called a nanopore. When individual proteins move near or through a nanopore, the current changes in intensity.

“A nanopore is a robust, proteinaceous scaffold that can be modified at an atomic level and integrated into scalable electrical devices,” says Movileanu, an experimentalist who earned a Ph.D. from the University of Bucharest (Romania).

Looking ahead, his team plans to tether specific protein receptors to nanopores in complex biofluid samples, such as blood, a cell lysate or a biopsy. Movileanu is excited about this work because each protein receptor-protein target interaction produces a unique electrical signal.

Moreover, the biological data gleaned from a single sample can be immense. “Nanostructures permit us to observe complex biochemical events in a quantitative manner, leading to a solid assessment about a particular sample,” he adds.

“This could be the start of a new generation of research and diagnostic tools, exploring the molecular basis of recognition events in a sensitive, specific and quantitative fashion—something heretofore impossible with traditional spectroscopic and calorimetric measurements,” he continues.

NIGMS is the principal medical research agency of the U.S. government. One of NIH’s 27 centers and institutes, NIGMS supports basic research into biological processes and lays the foundation for advances in disease diagnosis, treatment and prevention. NIGMS-funded scientists investigate how living systems work at a range of levels, from molecules and cells to tissues and organs, in research organisms, humans and populations.