Despite a significant number of animals on smaller dairy farms in New York State and the northeastern United States, the vast majority of research on the benefits of anaerobic digester (AD) technologies only relates to larger livestock farms. That is about to change, thanks to a research award made by the U.S. Department of Agriculture’s National Institute of Food and Agriculture (NIFA) for the project “Resource Recovery at Small Farms using Anaerobic Digestion: A Viable Technology Education and Outreach Effort.” 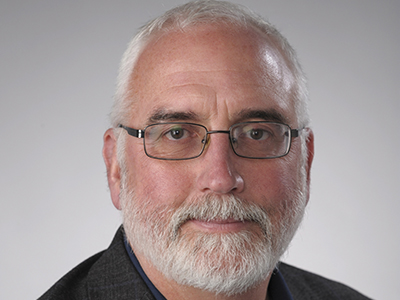 According to Welsh, “The USDA and U.S. EPA, as well as other research institutions, realize that smaller farms have been ignored in this area. There is growing interest in developing research programs and AD technology for smaller livestock farms. Our work is ahead of this curve, and we have made design innovations based on extensive field research and experimentation that will be helpful to operators of smaller livestock farms.”

Research findings from an initial award by NIFA in 2014 to understand the implications of AD technology for smaller farms indicated that the technology was economically viable for smaller dairy farms, and operators of such farms were interested in AD technology. As a result, the research team received funding for this latest project.

Along with a graduate student, Welsh will conduct focus group interviews to determine what farmers learned about using AD technology from attending workshops on the topic, including working with a pilot digester located at the Cornell Cooperative Extension farm in Canton, New York.  Followup in-person interviews with farmers, Cornell Cooperative Extension agents and the principal investigators will provide an in-depth understanding of the likelihood that farmers will adopt some or all of the technological systems proposed.

Welsh joined the Department of Public Health, Food Studies and Nutrition at Syracuse University in 2012 from Clarkson University. He serves as editor-in-chief for the journal Renewable Agriculture and Food Systems, published by Cambridge University Press. His research and teaching focus on social change and development with emphases on agri-food systems, science and technology studies and environmental sociology. In 2016, he received the Excellence in Research Award from the Agriculture, Food and Human Values Society and was awarded the Fred Buttel Award for Outstanding Scholarly Achievement from the Rural Sociological Society in 2012.