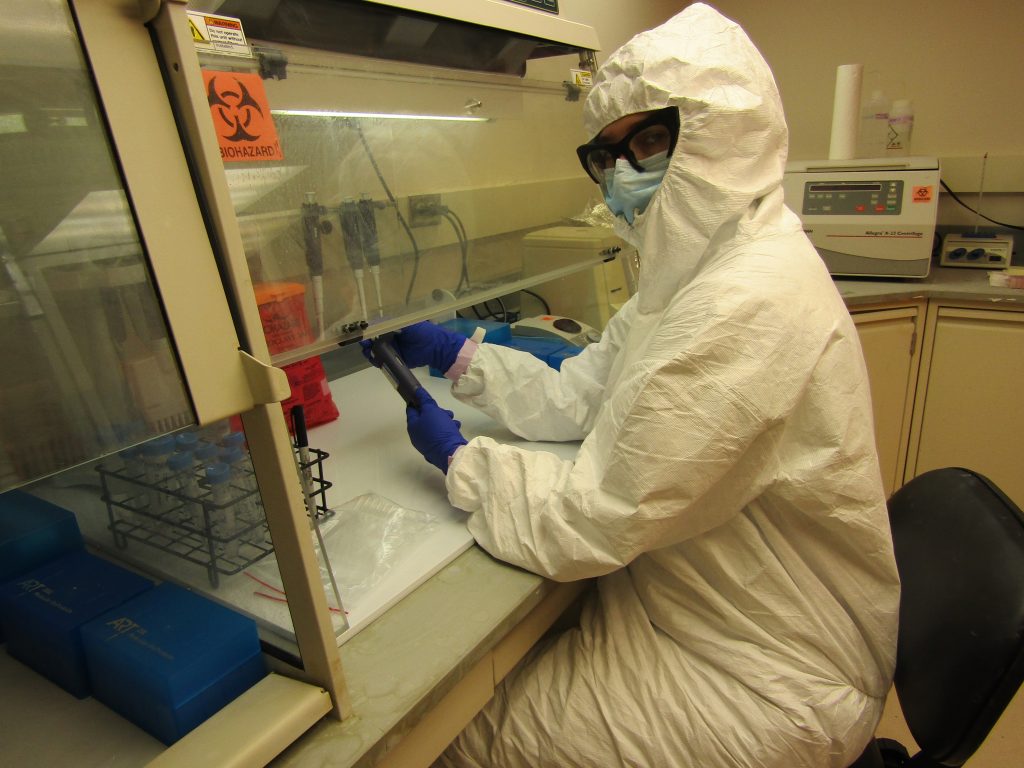 Soleil Young ’17 conducted research this summer in an Ancient DNA lab at Arizona State to do more work on her capstone.

In a collection of historic skeletal remains at the Smithsonian, microscopic signs of a serious contagion lurk in an intriguing place in a sample of individuals from 100 years ago.

Student researcher Soleil Young ’17, a member of the Renée Crown University Honors Program, discovered tuberculosis DNA in the tartar on the teeth of individuals in a collection specifically for biological research in the Smithsonian’s Division of Physical Anthropology.

DNA of the bacterial disease had never been isolated from teeth plaque—until now.

Young’s research was for her honors capstone project: “Please Forget to Floss: Developing an Assay for Identifying Tuberculosis in Dental Calculus from the Smithsonian’s Huntington Collection (1893-1921).”

Her research topic developed as a way to combine her background and interests in anthropology and biology. 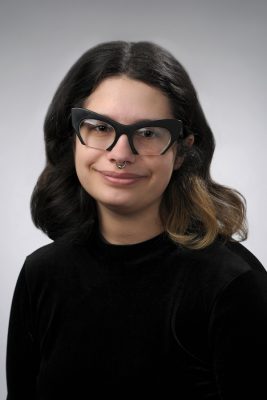 “Dr. [Shannon] Novak suggested ancient DNA (aDNA) as a potential project, as she knew my love of bacteria and background in molecular biology,” says Young, who graduated with bachelor’s degrees from the College of Arts and Sciences and the Maxwell School of Citizenship and Public Affairs. “We kind of just stumbled onto tuberculosis, as it was one of the few things we could work on without concerns of serious modern contamination. Since it had never been isolated from ancient dental calculus before, Dr. Novak suggested we try.”

Young was able to work with a graduate student in Novak’s lab, Alanna Warner-Smith, who is studying the Huntington Collection for her dissertation. The skeletal collection assembled by Dr. George Sumner Huntington is composed of individuals who died in New York City between 1893 and 1921.

“Because Alanna had already surveyed the collection, we had information on which individuals had calculus and their causes of death, allowing us to refine our sampling request,” Young says.

After submitting a sampling request to the Smithsonian, Young and Warner-Smith traveled to Washington, D.C.

“We spent about a day in the collections scraping the teeth of six individuals,” Young says. “The spaces where they house the collections are huge. I don’t think I’d ever seen so many cabinets in my life.”

The work involved trying to “isolate and amplify a species-specific genetic insert in the M. tuberculosis genome, the IS6110 sequence,” Young says. “We were able to do this successfully in several samples, and are currently working on getting these results ready for publication.”

In a synopsis of her work, Young notes that it is difficult to track the course of tuberculosis through history due a lack of changes in the skeleton from the disease. A new way to examine for the disease is through ancient DNA, but drilling and sectioning bone to isolate the aDNA can be costly and too invasive.

Her research sought to find new ways to track and understand tuberculosis in the past through DNA present in calcified plaque—and possibly see its progression over its history to better understand it and help in combating the disease in today’s world.

Her paper reports “the first-ever successful isolation of tuberculosis aDNA from the dental calculus of 13 individuals from the Smithsonian’s Huntington Collection (1893-1921).”

Young found tuberculosis in the aDNA of six individuals, including four Irish immigrants. “Two of the Irish immigrants had no other indicators of tuberculosis, either skeletal or archival, and their identification as tubercular enriches our understandings of their lives, illustrating the fruitfulness of this technique,” Young stated in her synopsis. 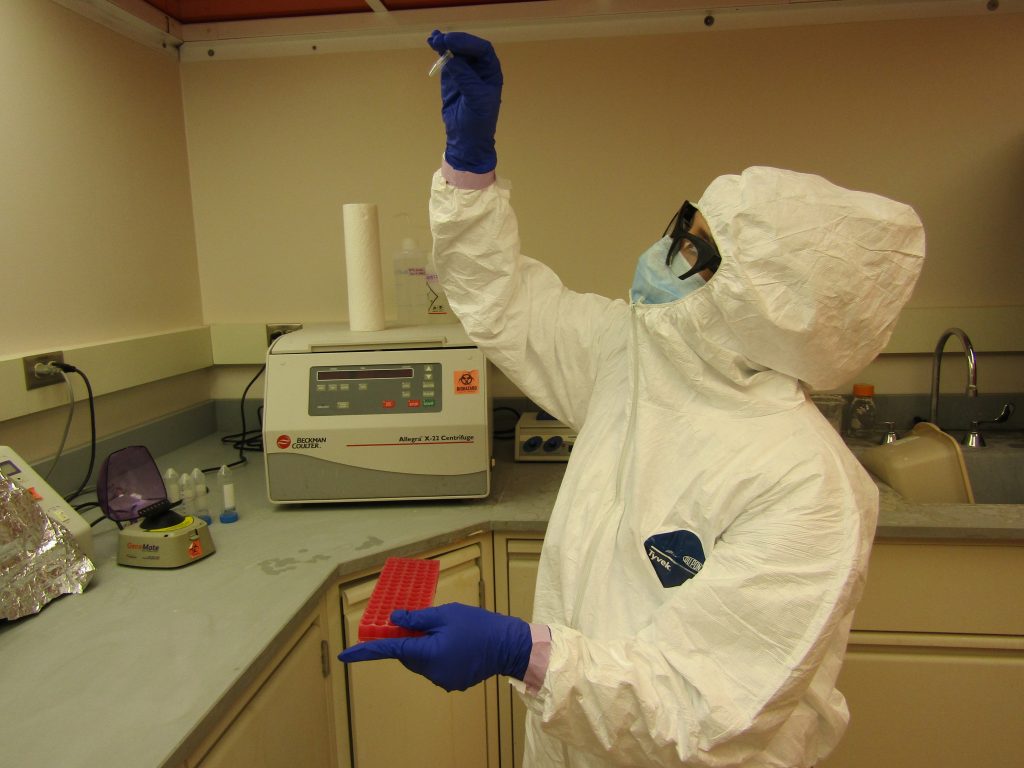 Young describes as “amazing” the experience of working with the Smithsonian’s collection.

“It’s such an old and well-respected institution, and it was cool not only to get to work with samples from the institution, but also to get to see what goes on behind the scenes and meet the curators and researchers working there,” says Young, a University Scholar, Remembrance Scholar and College of Arts and Sciences Class Marshal.

While working on her capstone and other projects at Syracuse, Young appreciated her advisors, Associate Professor Shannon Novak and Associate Professor Anthony Garza, who she had worked with separately on different projects, and Professor Roy Welch, from whom she sought advice and assistance.

“I actually think one of the best parts of the capstone process is getting to form close relationships with faculty mentors, and really learn from them,” Young says. “I could not have been luckier with my mentors.”

Young’s efforts were recognized at the Honors Convocation in May when she was honored with the top award for social sciences—and the Orlin Prize, the top prize overall. She was grateful that others thought her work was a good project and that her hard work and the work of others who had helped her was also recognized.

“I am now at the National Museum of Health and Medicine [in Maryland] as a volunteer in their collections for the next two months,” Young says. “I’m going to be returning to Syracuse University in the fall, and doing research in the lab of Dr. Welch during my gap year while I apply to graduate programs in evolutionary biology.”