The National Mining Hall of Fame and Museum (NMHFM) in Leadville, Colorado, will posthumously honor an alumnus of the College of Arts and Sciences. 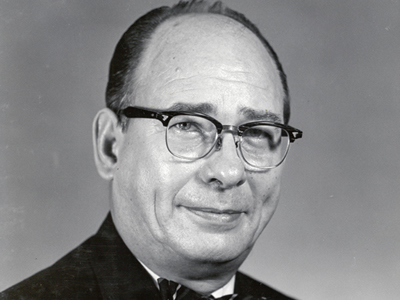 Vincent E. McKelvey ’39, a noted research geologist who directed the U.S. Geological Survey (USGS) from 1971-77, is part of this year’s class of National Mining Hall of Fame inductees. He and three other mining industry luminaries—Thomas V. Falkie, Leonard Harris and Gordon R. Parker—will be honored at NMHFM’s 30th annual induction banquet and ceremony in Denver on Saturday, Sept. 23.

A pre-eminent authority on deep-sea mineral deposits, McKelvey mapped phosphate fields in the northwest United States, led the government search for uranium deposits and researched the country’s oil and gas reserves. He died in 1987 at the age of 70.

Laura Lautz, the Jessie Page Heroy Professor and chair of Earth sciences, considers McKelvey one of the department’s most accomplished alumni.

“His career has had a lasting impact on not only the USGS, but also the field of geoscience,” she says. “As director of the USGS, he led the agency during a time of significant change, when public interest in energy sources and the environment was growing. In addition to diversifying USGS activities and embracing more multidisciplinary work, Dr. McKelvey took on research formerly done by NOAA [the National Oceanic and Atmospheric Administration], along with oil exploration in the National Petroleum Reserve in Alaska that previously had been under Navy jurisdiction. Few geologists have cast a longer shadow in the past 50 years than he.”

Donald I. Siegel, a Meredith Professor and former chair of Earth sciences, says McKelvey’s accomplishments spanned the conceptual to the practical.

“He charted a new framework for assessing mineral resources, and improved our understanding of the mineral potential of the ocean floor. At the USGS, Dr. McKelvey provided the leadership and vision needed to expand the exploration capacity of the mining industry on a global scale,” Siegel says.

An honors graduate of A&S, McKelvey earned M.A. and Ph.D. degrees from the University of Wisconsin-Madison. He joined the USGS in 1941, and, over the next 46 years, helped bring global distinction to the agency, which is part of the U.S. Department of the Interior.

At the USGS, McKelvey led the exploration and research program for the Atomic Energy Commission, and directed key studies of the geochemistry, stratigraphy and occurrence of phosphates. He also supervised efforts to quantify long-range energy and mineral-resource needs and estimates. His development of an eponymous diagram, classifying mineral resources based on production values and levels of geologic certainty, is still in use today.

In 1971, McKelvey became the USGS’ chief geologist and, later that year, its ninth director. Until then, the agency had spent the past century far from the public eye, quietly overseeing the country’s natural resources. McKelvey expanded investigations and mapping projects into all 50 states, Antarctica and the U.S. Trust Territories, and launched technical assistance programs in Latin America, Africa and Asia. 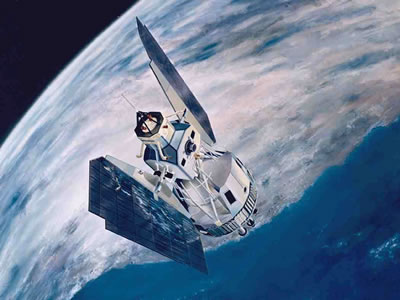 McKelvey was involved with the launch of the first satellite of the U.S. Landsat program.

McKelvey’s directorship coincided with the 1972 launch of the first Earth Resources Technology Satellite (ERTS) and subsequent opening of the first data center for distributing satellite and other remotely sensed data for geology, hydrology, geography and cartography.

“ERTS was the first satellite of the Landsat program, which is the longest-running enterprise for the acquisition of satellite imagery of Earth,” Siegel says. “In his capacity as director [of the USGS], Dr. McKelvey helped propel us into the age of satellite technology.”

McKelvey also recognized the importance of operational research in seismology and geomagnetism. His establishment of a land-resource analysis program enabled the USGS to provide Earth science data for land-use planning and resource management.

In an effort to consolidate the USGS’ widespread activities, McKelvey moved the first group of employees into the newly constructed John Wesley Powell Federal Building in 1973. Since then, the building has remained a vital part of the USGS National Center in Reston, Virginia.

“The move marked the fruition of more than 20 years of planning and work,” Siegel says. “In addition to being in harmony with the neighboring wooded area, the main tower is shaped like an eight-pointed star, representing the cardinal points of a compass. The design is iconic.”

McKelvey also spent 14 years as a scientific advisor and senior deputy of the U.S. delegation to the Law of the Sea Conference of the United Nations, impressing delegates with his ability to render complex scientific issues into plain English. 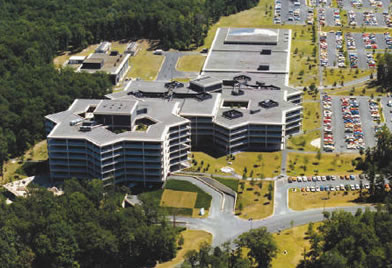 From 1978 to his death, McKelvey worked as a senior research geologist for the USGS, and briefly taught at the Florida Institute of Technology. The USGS named a mountain peak in Antarctica after him, and founded an annual scientific symposium in his honor. He also is the namesake of a federal building at the USGS Western Regional Headquarters in Menlo Park, California.

McKelvey’s legacy lives on in A&S, where an eponymous memorial fund underwrites an annual scholarship for a deserving graduate student or undergraduate in Earth sciences.

“He was a visionary in the USGS’ efforts to make science more practical and accessible,” Lautz says. “Drawing on maps and cartographic data, he broadened the USGS’ efforts into myriad areas: environmental issues, land-use planning, water quality and hydrologic characterization, geo-hazard assessment, mineral resource discovery and improved instrumentation and techniques for exploration and assessment. His impact will be felt for generations to come.”

Frank McAllister, chair of the NMHFM Board of Directors, is delighted to honor McKelvey and the other inductees. “Their contributions to the mining industry are immense, and their legacies wide ranging,” he says. “Their profiles exhibit the diversity of talents necessary in our great industry.”