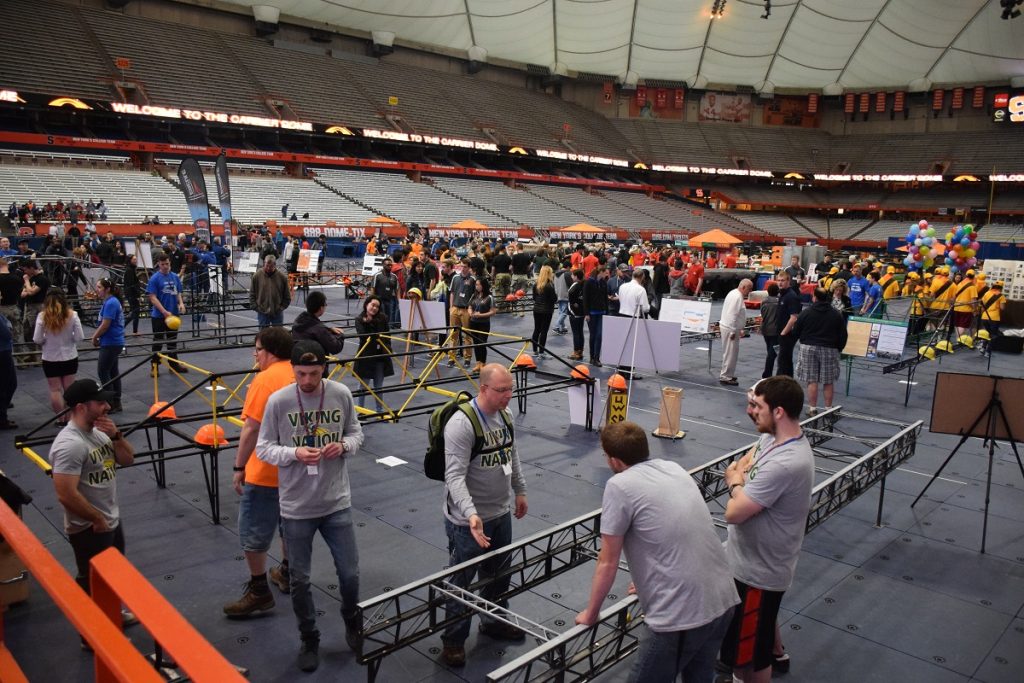 Student teams competed in the Steel Bridge Competition, where they design a bridge and build it in the Carrier Dome under conditions set to mimic a river crossing.

Student teams competed in the Steel Bridge Competition, where they design a bridge and build it in the Carrier Dome under conditions set to mimic a river crossing. Concrete Canoe races were held at Jamesville Beach where a large crowd cheered on all of the teams.

Syracuse University students Rachel Murello ’18 and Will Guida ’18 served as co-chairs for the conference. Joshua Saxton ’17 is the ASCE Syracuse Chapter student president, and Professor Hossein Ataei is their faculty advisor. 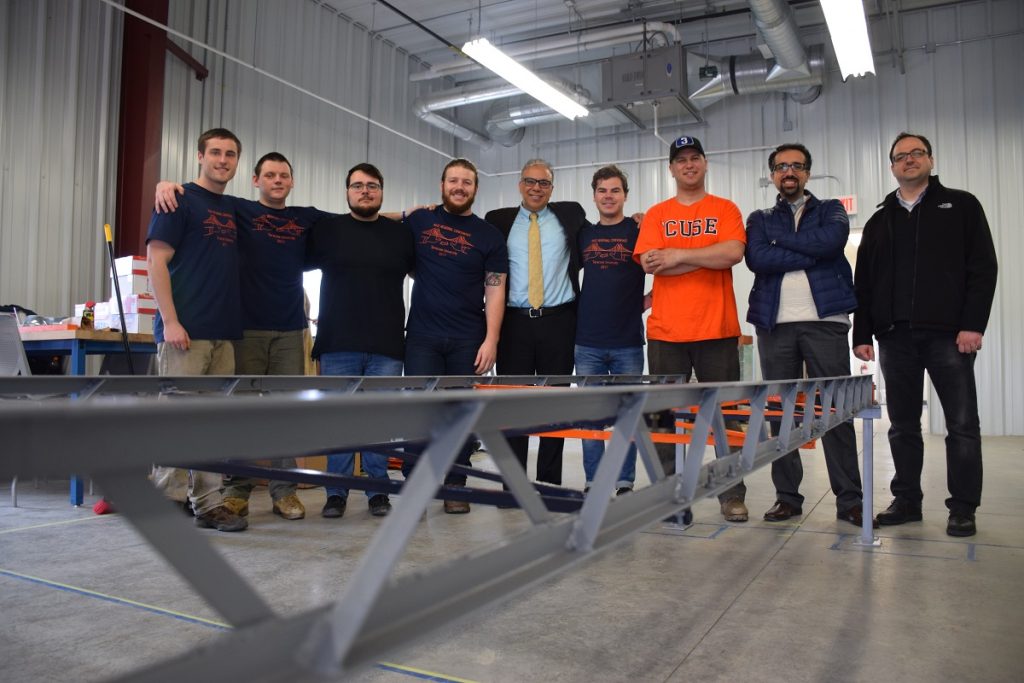 The regional conference sponsors for the student competitions were O’Brien and Gere (Platinum Sponsorship) as well as the Silver Sponsors: Bergmann Associates, Barton and Loguidice, Klepper, Hahn & Hyatt, Whiting–Turner. The organizers are grateful to the American Society of Civil Engineers (ASCE); American Institute of Steel Construction (AISC) for their support, backing and guidance. The SU team is also grateful to Raulli Ironworks of Syracuse for their generous support and help to the SU Steel Bridge Team.