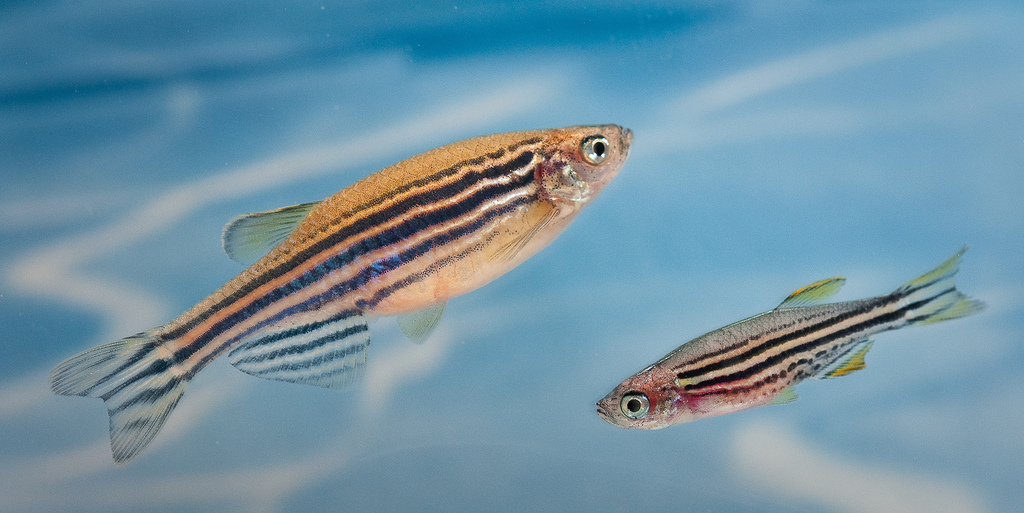 Katharine Lewis, associate professor of biology in the College of Arts and Sciences, has received a five-year grant of $242,500 from the New York State Spinal Cord Injury Research Board (SCIRB) that will support her lab’s research on spinal cord development in zebrafish. By studying how zebrafish neurons develop their specific identities during development, Lewis hopes to inspire new, regenerative treatments for spinal cord injury in humans.

“To make new neurons from stem cells you need to understand how those neurons are normally made,” Lewis says of her lab’s research focus. 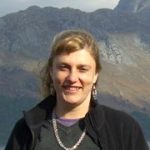 Founded in 1998, SCIRB supports research in New York state that promises to lead to new treatments for spinal cord injuries through its granting arm, the New York State Spinal Cord Injury Research Program. The program awarding Lewis’ research, titled Institutional Support for Spinal Cord Injury Research, requires labs to have prior federal funding. In Lewis’ case, SCIRB funding will add new directions to related projects supported by a prestigious R01 grant from the National Institute of Neurological Disorders and Stroke, a part of the National Institutes of Health.

Research in the Lewis lab focuses on how neuronal circuits develop in the spinal cord, specifically how neurons attain their unique identities. All neurons have a specific role to play in the circuits that carry messages up and down the body. The Lewis lab is trying to figure out how each of these players gets assigned their role during development. 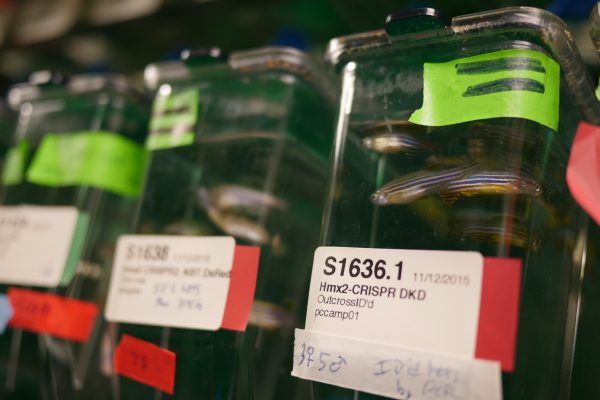 Zebrafish in the Lewis lab.

“Development is very similar between zebrafish and mammals—including humans,” Lewis says. “Nearly all of the same cell types exist and are influenced by the same genes.”

Lewis’ SCIRB award funds research on a group of excitatory neurons that encourage signaling. This group of neurons also plays an important role in locomotion. With the SCIRB funding, Lewis lab members will look for the genetic signals that cause developing neurons to adopt this role.

“Evidence so far shows that when neuronal regeneration occurs, which does happen to some extent in zebrafish, the original developmental processes and genes are reactivated,” Lewis says.

Her SCIRB-supported research could take this regenerative strategy one step closer to a reality.