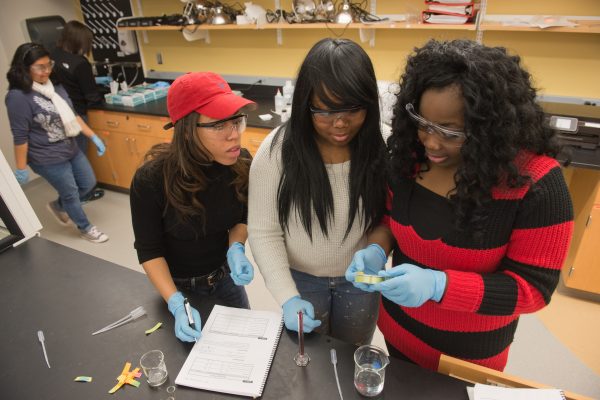 The funding will be used to launch a new program called “The Strategic Undergraduate STEM Talent Acceleration Initiative” (SUSTAIN), as well as research the program’s effectiveness.

“Because the country as a whole does not produce enough trained STEM personnel, supporting recruits is both a critical service to STEM students, as well as an important piece in national strategic workforce development,” she says. 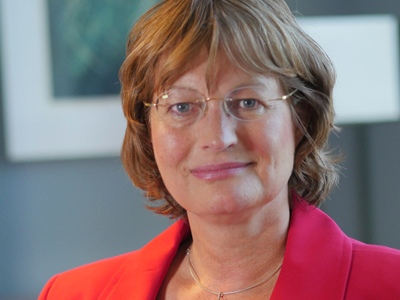 Joining Tillotson and Ruhlandt in implementing the SUSTAIN program are Jason Wiles, associate professor of biology, and Kandice Salomone, associate dean for advising and career services in the College of Arts and Sciences.

The SUSTAIN grant builds upon “a wealth of experience,” Ruhlandt says, pointing to numerous individual research and outreach projects from all collaborators. Past projects include a longstanding research experience for undergraduates program in chemistry and a grant to Tillotson and Wiles that provided scholarships to high-achieving, underrepresented STEM students.

SUSTAIN aims to recruit 30 underrepresented biology and chemistry students—including ethnic minorities, women, first-generation college and low-income students—to the uniquely supportive program. Ruhlandt explains that biology and chemistry were singled out because of the differences in gender makeup and retention, where biology features more women and higher retention of underrepresented groups. The team hopes to include physics and Earth sciences students in future years, should they receive follow-up grants.

“Attracting a diverse pool of undergraduates to pursue a STEM major has proven daunting given the limited numbers of underrepresented minorities, women and low-income students from disadvantaged backgrounds who opt to pursue these majors at a national scale,” says Tillotson. “A greater challenge still is retaining these students in the STEM pipeline during their undergraduate programs.”

Across all groups, up to half of STEM majors will leave their programs—a problem further exacerbated in underrepresented groups, Tillotson says. Reasons for not completing a STEM degree range from insufficient academic preparation to difficulty acclimating to the institutional STEM culture. “As part of the SUSTAIN project, our goal is to provide 360-degree wraparound support that addresses all of these factors,” Tillotson says. 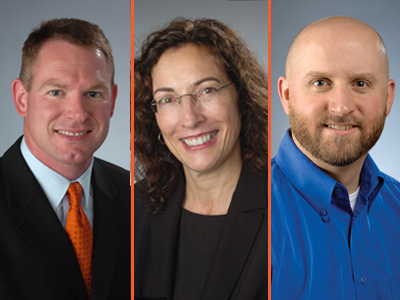 SUSTAIN will implement programming to improve student retention. Participating students will live in the “STEM Professional Living and Learning Community,” and they will be in a special section of First Year Forum exploring the nature of science, led by Tillotson and Wiles. Ruhlandt is to oversee STEM faculty mentoring, and Salomone will direct support intervention services.

Outside the classroom, students will be provided social opportunities and career support, such as an internship and a job-shadowing program through partnering organization Technology Alliance of Central New York. First-year students and sophomores will also participate in “early-immersion” lab research at the University, along with ongoing faculty mentoring—an opportunity often reserved for upper classmen.

SUSTAIN will also promote the college’s commitment to developing innovative teaching strategies through a Faculty Professional Development Workshop series for STEM faculty from the University and other Central New York institutions. The series, led by Tillotson and Wiles, will promote active learning approaches within introductory STEM courses, ensuring that the benefits of SUSTAIN extend beyond the students selected for the program.

A final piece of the grant supports research on the program itself. Tillotson and Wiles will collect data on SUSTAIN’s effectiveness on underrepresented student retention. Should the program prove successful, it could then be repeated at the University or even implemented at other institutions.

“By combining SUSTAIN programming for students and faculty, we foresee this project further establishing SU as a leader in promoting innovation and excellence in STEM teaching,” Tillotson says.