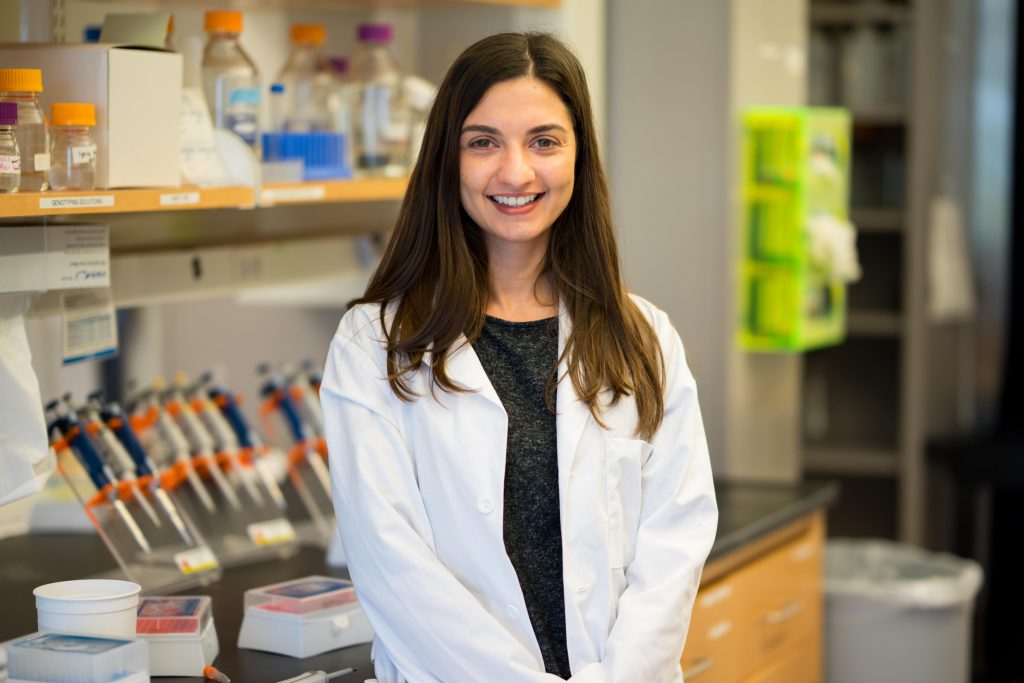 Ph.D. candidate Sheila Shahidzadeh was one of 40 Ph.D. and postdoctoral researchers from around the world—and only one of two from the United States—chosen for the inaugural International Society for Neurochemistry–Journal of Neurochemistry (ISN-JNC) Flagship School.

Ph.D. candidate Sheila Shahidzadeh focuses her studies on the complexities and ever-evolving connections in the human brain. Her interests and passion for neuroscience led her to a weeklong school in Austria where she was among other top scholars to dig deeper into a specific area in the field.

Shahidzadeh, who is pursuing a Ph.D. in biology with a concentration in neuroscience in Professor Sandra Hewett’s laboratory, was one of 40 Ph.D. and postdoctoral researchers from around the world—and only one of two from the United States—chosen for the inaugural International Society for Neurochemistry–Journal of Neurochemistry (ISN-JNC) Flagship School last fall. As part of the school’s topic, “The malleable brain: plasticity of neural circuits and behavior,” the scholars heard from international scientists, took part in discussions, and presented posters on their work.

Shahidzadeh received a competitive $900 travel fellowship, plus full-board accommodation, to attend the school, which focused on neural plasticity—or the ability of the brain to “reorganize” itself by forming new, long-lasting connections. The school was held in Alpbach, Austria, in September. 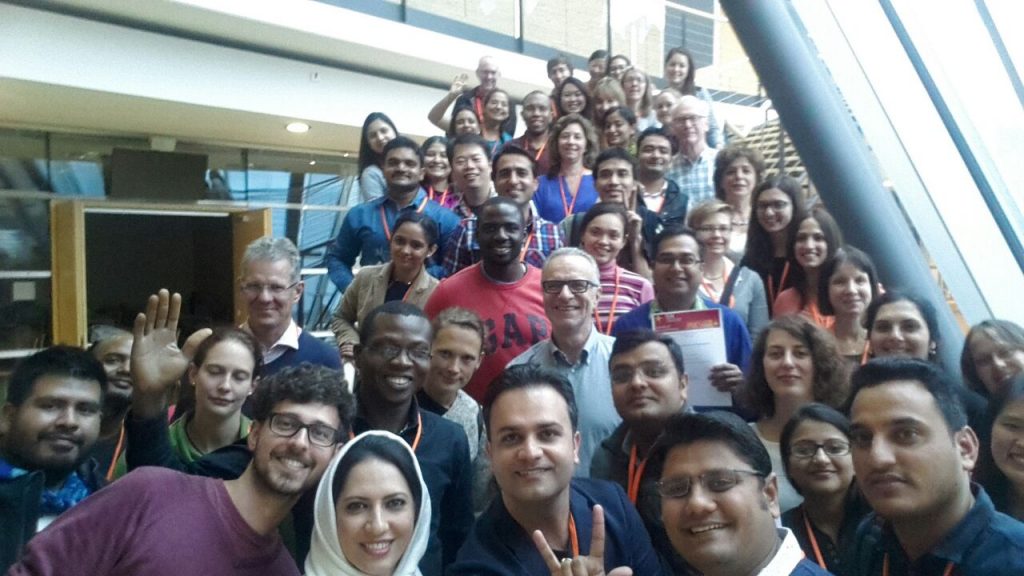 Sheila Shahidzadeh spent seven days in Austria surrounded by world-renowned scientists and a group of Ph.D. and postdoctoral researchers from around the world.

“I spent seven days in the Austrian Alps surrounded by world-renowned keynote speakers and a group of Ph.D. and postdoctoral researchers who are passionate about unraveling the complexity of synaptic plasticity in the brain,” Shahidzadeh says. “This allowed me to learn of cutting-edge research taking place in the field and to expand my scientific knowledge so that I can propose sound and novel research questions going forward.”

Shahidzadeh says the content was stimulating, and many conversations developed throughout their time at the school.

“The keynote speaker seminars were unique in their highly interactive nature; each attendee had ample opportunity to partake in discussions regarding ongoing research in the field,” she says. “Moreover, the Flagship School was truly just that, a school. Each evening before dinner, we had two-hour-long tutorials on topics ranging from data reproducibility and ethical issues in neuroscience to scientific writing.”

Shahidzadeh and Hewett’s team in the lab are interested in the physiological and potentially pathophysiological functions of a cystine/glutamate antiporter, known as system xc– (Sxc–), in the central nervous system. This transporter links the import of L-cystine with the export of L-glutamate across the cell plasma membrane. 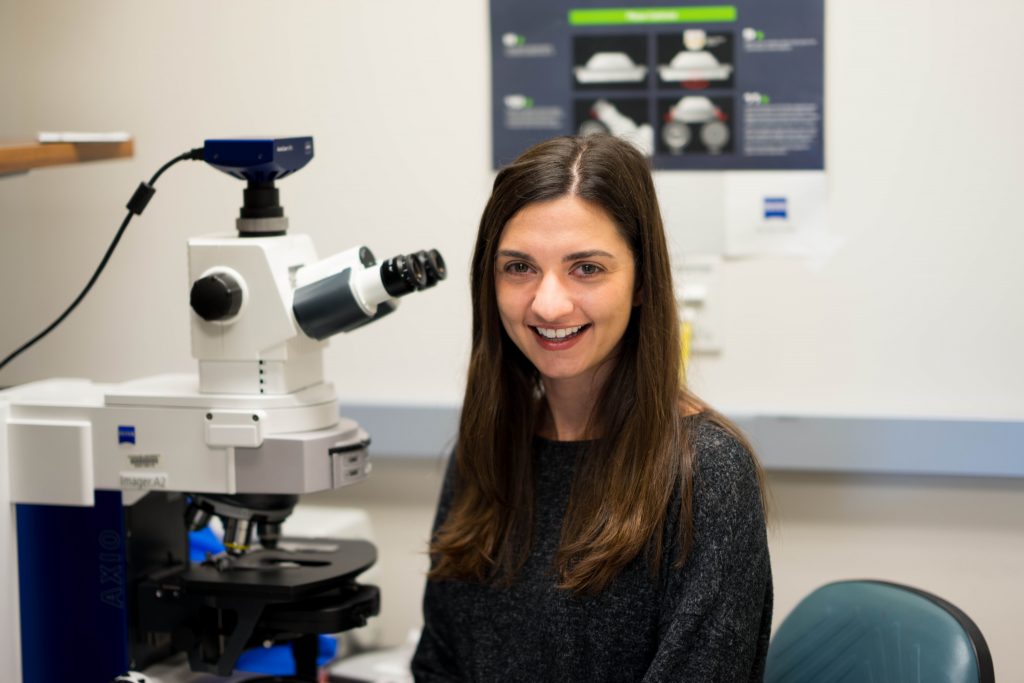 “We currently are exploring its role in regulation of nervous system activity by utilizing a mouse that because of a natural mutation in one gene lacks the antiporter,” Shahidzadeh says. “Interestingly, we found that mice lacking this transporter were more hyper-excitable than control mice that express the transporter when exposed once to a drug that induces seizures.”

Shahidzadeh explains that after repeated administration of the same drug, the mice lacking system xc– exhibit signs of hypo-excitability, a response opposite to that which occurred in the control animals.

“We hypothesize that these paradoxical findings may result from the same underlying mechanism known as synaptic scaling. Synaptic scaling is a form of plasticity that allows neurons to regulate their own firing rate to maintain homeostasis,” Shahidzadeh says.

Since Shahidzadeh proposed that her findings were the result of brain plasticity, she pursued attending the Flagship School to increase her foundational knowledge of the subject and to learn about current research in the field. Three of the leading experts in the field of synaptic scaling were at the school.

“The intimate nature of the Flagship School afforded me the opportunity not only to learn of their current research, but to have at-length discussions regarding the field of synaptic plasticity in general, and of my work in particular,” Shahidzadeh says. “These conversations took place at dinner, while hiking in the Alps or during our coffee breaks. A truly once-in-a-lifetime experience!”

Shahidzadeh, along with the other Ph.D. candidates and postdoctoral scholars, also presented her work in a poster titled “System xc– Null Mice Are Resistant To Pentylenetetrazole Kindling.” And, as a result of the Flagship School, the attendees are putting together a scientific review of the material covered, which will be published in ISN’s Journal of Neurochemistry this year.

“The Flagship School allowed me to meet and network with peers from around the world,” Shahidzadeh says. “The experience was invaluable, and I believe I will be reaping benefits from my time in Alpbach throughout my career.” 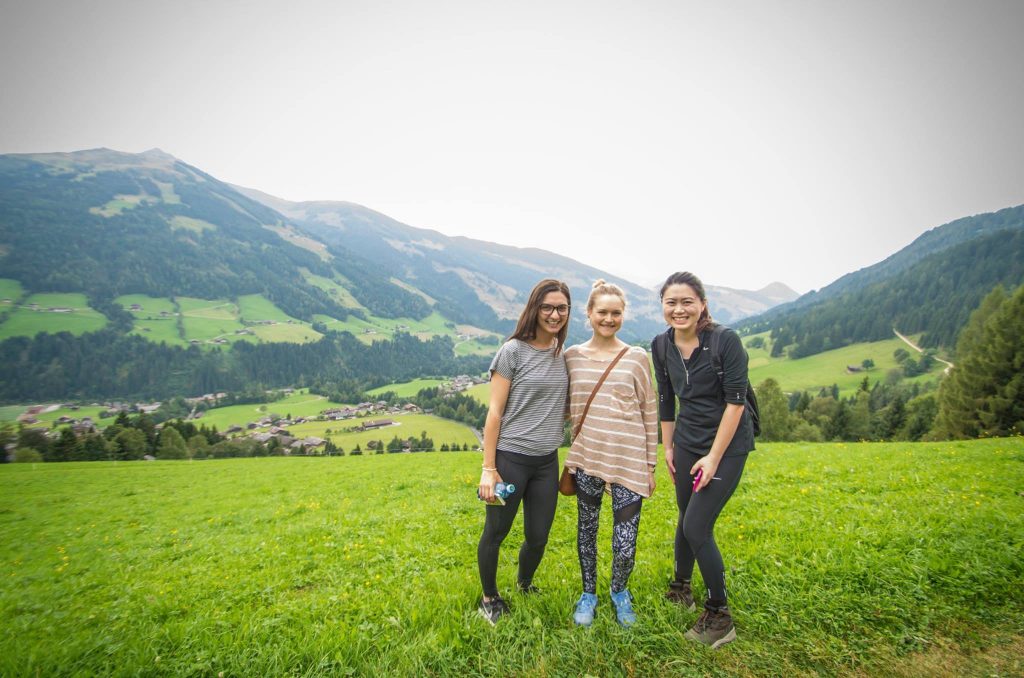 Sheila Shahidzadeh, at left, attended the inaugural International Society for Neurochemistry–Journal of Neurochemistry (ISN-JNC) Flagship School in Austria, along with 39 other Ph.D. and postdoctoral researchers selected from around the world.