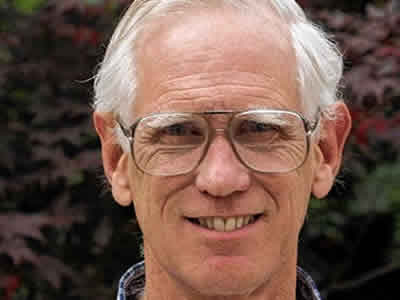 The intriguing and fascinating world of black holes is the subject of a lecture by nuclear physicist Paul Souder, benefiting the Southern Cayuga Planetarium and Observatory in Aurora, New York.

Souder, a professor of physics in the College of Arts and Sciences, will deliver a multimedia presentation titled “Why Black Holes Matter” on Saturday, April 8, at 11 a.m. at the historic Aurora Inn (391 Main St., Aurora) on Cayuga Lake. He will provide an overview of black holes, as well as share some recent findings, including the discovery of a rare, medium-weight black hole.

The event is open to the public; however, registration is required. Tickets are $45, and include the lecture, lunch and a silent auction. To register, please call 315.685.7163, or send a check, payable to “Friends of the Southern Cayuga Planetarium,” to P.O. Box 186, Aurora NY 13026. Seating is limited; tickets also are available at the door, while supplies last.

Following the lecture, attendees are entitled to a free private tour of MacKenzie-Childs, a Victorian farm that produces high-end tableware and home furnishings, and a $5 wine tasting at Bet the Farm Winery and Gourmet Market.

For an additional $250, couples may spend the night at the Aurora Inn/E.B. Morgan House or the Rowland House, partaking of wine and cheese with Souder and a continental breakfast the next morning. Space is limited; the deadline to book a room is Wednesday, March 15.

Proceeds benefit the Friends of the Southern Cayuga Planetarium, a nonprofit organization raising money to restore and reopen the 50-year-old planetarium, closed in 2014.

“We are honored to host Paul Souder, whose research has advanced our understanding of the fundamental processes of nuclear physics,” says Mike Dempsey, president of the Friends of the Southern Cayuga Planetarium and a retired Southern Cayuga science teacher. “As the title of his lecture implies, Paul will explore the relationship between black holes and dark matter, one that may help explain how galaxies are formed and held together by gravity.” 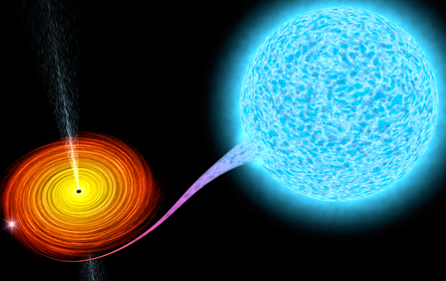 Ordinary black holes, whose mass is 15 times that of the sun, originate when individual stars collapse. In turn, galactic black holes swallow billions of stars, and are thought be as large as our solar system. A black hole has a gravitational field so immense that nothing—not even light—can escape its grip.

Dark matter is an invisible particle that, along with a property called dark energy, accounts for 95 percent of the universe. Because dark matter does not absorb or emit light, scientists are unable to observe it directly.

“We can only infer the existence of dark matter because of the gravitational effect it has on normal, visible matter, which makes up about five percent of the universe,” Dempsey adds. “Paul will share his thoughts on black holes and how they affect the space-time continuum propounded by Einstein in his general theory of relativity. Special emphasis will be placed on the ‘event horizon’ of a massive star—the ‘point of no return,’ in which matter or radiation can’t escape the star’s gravitational field.”

Souder’s research into medium-energy physics has been supported by the Department of Energy since 1984, a year after he joined the Syracuse faculty. Souder previously taught at Harvard and Yale, and was a Woodrow Wilson and National Science Foundation fellow at Princeton, where he also earned a Ph.D.

Most of Souder’s work is conducted at the Thomas Jefferson National Accelerator Facility, a nuclear physics research laboratory in Newport News, Va. Souder is a Fellow of the American Physical Society, with more than 100 scholarly articles to his credit, and is an internationally sought-after speaker.

Recently, Souder was the subject of a daylong fete at Syracuse, attended by colleagues from all over the country and Europe; the co-chair of PAVI14, a weeklong international conference on modern nuclear physics that took place in Skaneateles; and the recipient of the Outstanding Nuclear Physicist Award from Jefferson Science Associates—one of the highest honors in his field.

“Paul understands the importance of our planetarium, which contributes to the scientific literacy of the region,” Dempsey adds. “His lecture—and the work he does, in general—will inspire the next generation of wonder in the universe, while encouraging students to explore STEAM [science, technology, art, engineering, mathematics] fields to make our world a better place.”