Physicist to be Recognized by National Academy of Sciences

A physicist in the College of Arts and Sciences is being recognized by the U.S. National Academy of Sciences (NAS) for his “outstanding leadership” of the Laser Interferometer Gravitational-Wave Observatory (LIGO) Scientific Collaboration. 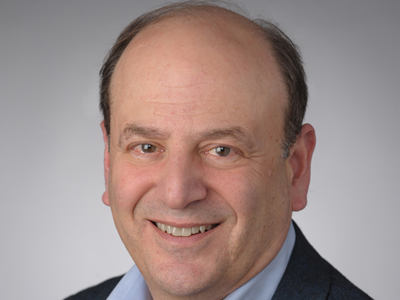 Peter R. Saulson, the Martin A. Pomerantz ’37 Professor of Physics, has been named a co-recipient of the 2017 NAS Award for Scientific Discovery. Saulson is joined by Gabriela González G’95, professor of physics and astronomy at Louisiana State University (and, coincidentally, his first Ph.D. student at Syracuse), and David Howard Reitze, executive director of the LIGO Laboratory at the California Institute of Technology and professor of physics at the University of Florida.

All three have served as spokespersons for the LIGO Scientific Collaboration, an international community of researchers that has led the search for gravitational waves—invisible ripples in space and time caused by the collision of dense, massive objects, such as black holes. The LIGO Scientific Collaboration made history in the fall of 2015, when it directly detected gravitational waves on two separate occasions.

“I have three things on the wall of my office at home: my bachelor’s and Ph.D. diplomas and a plaque recognizing my service as spokesperson of the LIGO Scientific Collaboration,” says Saulson, who held the position from 2003 to 2007. “Being elected to two terms as spokesperson is what I’m most proud of in my research career. It was a real privilege to help mold the organization into something capable of discovering gravitational waves.”

Saulson, along with González and Reitze, will be recognized at the academy’s annual meeting on Sunday, April 30, in Washington, D.C., where he will receive a gold-plated bronze medal and will share a $50,000 cash prize and $50,000 to support his group’s research at Syracuse.

An A&S faculty member since 1991, Saulson co-leads the Gravitational-Wave Astronomy Group with Duncan Brown, the Charles Brightman Professor of Physics, and Stefan Ballmer, associate professor of physics. The group is composed of nearly two dozen students and research scientists, all of whom have been instrumental in LIGO’s detection of gravitational waves.

An independent research group that Saulson founded upon his arrival at Syracuse became the prototype for the LIGO Scientific Collaboration.

“I am thrilled with the recognition of Peter’s scientific leadership of this world-famous project,” says Alan Middleton, professor and chair of physics. “He is an invaluable faculty member, known for his intellectual breadth, gracious manner and service contributions across campus. In teaching, students greatly appreciate his clarity and innovative style. On top of all this, he is an excellent mentor of other leaders, including Gaby [González].” 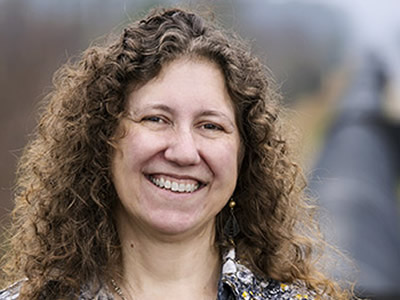 Saulson was the first elected spokesperson for the LIGO Scientific Collaboration, filling a role established by physics pioneer and LIGO co-founder Rainer Weiss. Reitze and then González succeeded him in this effort, which encompasses the work of more a thousand scientists, engineers and students from over 90 institutions in 15 countries. Syracuse is credited for having LIGO’s largest, most intellectually broad academic research group.

“Peter Saulson gave the collaboration a working structure that has been effective in producing interesting science,” says Weiss, who has mentored generations of gravitational physicists, including Saulson, González and Ballmer. “David Reitze guided the collaboration to improvements in the instrument that enabled the detection. Gaby González oversaw the process of the collaboration, deciding on the detection and writing a truly significant paper about it.”

Weiss and Caltech professors Kip Thorne and Ronald Drever worked out the basic ideas of LIGO, which involve two massive, “L”-shaped detectors—one in Louisiana, the other in Washington State—using laser interferometry to measure gravitational-wave-induced motion.

Initial data runs in 2005-07 and 2008-10 did not yield any gravitational-wave signals; however, LIGO’s technical progress was sufficient enough to justify $200 million from the National Science Foundation to build an upgrade called Advanced LIGO.

In 2015, LIGO made history when it detected gravitational waves from two different sets of colliding black holes more than a billion years old. The observations capped a 60-year experimental quest, while confirming the existence and properties of gravitational waves, first predicted by Albert Einstein in his General Theory of Relativity—a mathematical explanation of how gravity works. The discoveries also have sparked great interest in gravitational-wave astronomy.

“It’s a brand new field,” Saulson says. “We’ve only scratched the surface of what gravitational waves will be able to accomplish. Someday soon, we’ll be able to find them from not only black holes, but also neutron stars [small, dense remnants of larger, ancient stars that have exploded], whose detections will tell us amazing facts about how neutron matter works. Meanwhile, we’ll keep learning more about black holes, now that we can ‘hear’ them colliding.”

The NAS Award for Scientific Discovery is presented every two years to recognize an accomplishment or discovery in basic research, achieved within the previous five years, that is expected to have a significant impact on one or more of the following fields: astronomy, biochemistry, biophysics, chemistry, materials science or physics. 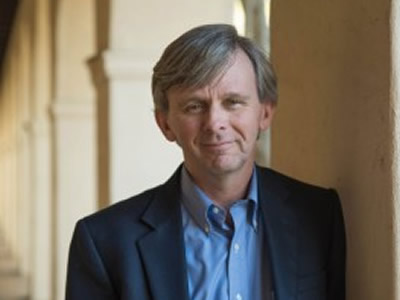 To be eligible for the NAS Award, a candidate must be a scientist at a university, college or research institution within the United States. The award was endowed in 2014 in honor of John P. Schaefer through a gift from the Research Corporation for Science Advancement and the Frederick Gardner Cottrell Foundation.

The NAS is a private, nonprofit organization that recognizes and promotes outstanding science. Many of its members also belong to the LIGO Scientific Collaboration.

“We are, indeed, a very big family,” says González, who joined the collaboration in 1997 and was elected spokesperson in 2011. “We’ve grown from a few pioneers and groups at MIT, Caltech and a handful of other institutions to a large organization. We have a tight, collaborative spirit that serves us well.”

González credits Saulson and Weiss for showing her the value of patience and hard work, even if the “big goal” is far in the future. “They taught me that it’s the road, not the destination,” she adds. “Although the detected gravitational wave left a signature only a fraction of a second long in the detectors, it marked the culmination of years of work. Now, we’re even more motivated to enjoy the small, daily progress along the way. This is just the beginning.”

Saulson deflects the praise. “I feel privileged to have been able to help Gaby early on, encouraging her to pursue a career in experimental physics that she’s carried out so brilliantly,” he concludes. “This award isn’t just for her, David and myself; it’s for all the scientists at Syracuse and the other LSC institutions who have devoted their careers to LIGO’s quest to explore the universe.”