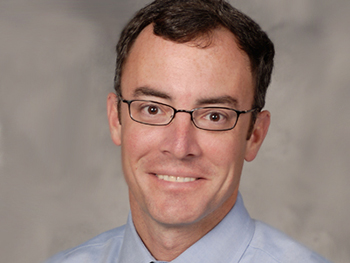 Antshel, joined by psychology associate professor Aesoon Park and professor Stephen Maisto, are using the two-year, $96,150 grant to create a new “prevention intervention” program to be implemented during freshman orientation. The program’s goal is to head off inappropriate stimulant use before it ever starts.

“Colleges across the country are already equipped to do prevention interventions for alcohol and for marijuana, but there really are not any for stimulant misuse in undergraduates,” Antshel says.

Stimulant misuse has risen greatly in the past decade as a result of the ease in obtaining the drugs and its perception as a harmless academic performance enhancer, Antshel says. But contrary to its perceived function as an “academic steroid,” stimulant misuse is associated with lower grades and other indicators of reduced academic success.

“Because ADHD is a psychiatric disorder diagnosed by symptoms, it is relatively easy to fake. As such, there’s a fairly high rate of conscious feigning of the disorder to access Adderall, or other stimulants,” Antshel says.

“This technique makes the assumption that people are experts on themselves. As such, we don’t have to come up with all the good ideas—the freshmen develop ideas based on their own strengths, motivations and resources. It really is person-centered,” Antshel says.

While current alcohol preventative interventions often draw on motivational interviewing, the researchers are also including CBT to further support the program. Because most students who misuse Adderall and related stimulants do so in the hopes of improving their academic performance, CBT will focus on the development of academic skills for success. The hope is that when armed with tools to avoid procrastination and improve time management, students won’t feel the pull to turn to stimulants. 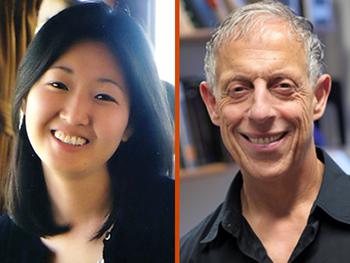 The prevention intervention is currently being developed and later this fall Syracuse University seniors will be trained as peer interventionists. Upperclassmen will conduct motivational interviewing and CBT with small groups of first-year students in introductory psychology courses. At the end of the fall semester, freshmen will participate in focus groups to further shape prevention intervention methods.

After adjusting the prevention intervention based on focus group feedback, a full, randomized, controlled trial will be conducted over the following three semesters to gather pilot data for a larger, University wide study. During the trial, freshmen will participate in the prevention intervention at the beginning of each semester and report on their stimulant use behavior at the semester’s conclusion.

“In freshmen orientation, students discuss relationship violence, alcohol misuse and other risky behaviors. Our goal is to include stimulant misuse in the discussion,” Antshel says, adding “This isn’t an issue that’s specific to Syracuse University—this is a big issue on all college campuses.”