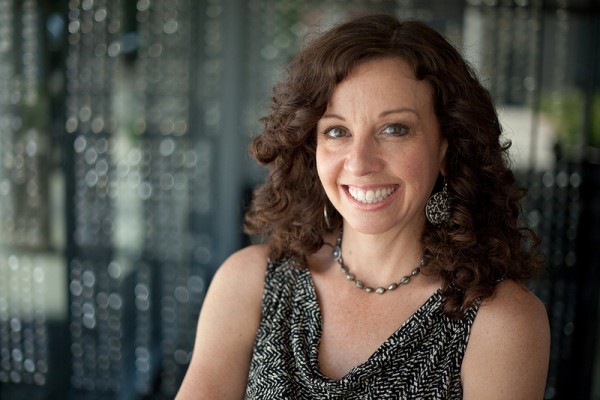 Sharon Glotzer, professor of materials science and engineering at the University of Michigan, will be the featured speaker on June 21.

The breathtaking intersection of science and art will be celebrated this month at Syracuse University as part of a unique international conference.

The four-day event, titled “Active and Smart Matter: A New Frontier for Science and Engineering,” will bring together researchers from around the world to discuss the current work being done in the field of soft and active matter. The symposium will take place from June 20-23.

The field of active and smart matter seeks to understand collective and programmable effects in nature and in engineered systems, such as spherical rafts of fire ants, chromatin inside the cell nucleus, collections of microbots and chemical reactions of suspended molecules. The field combines theoretical physics with powerful algorithms and fast computers to discover and design the materials of the future.

Registered participants in the conference will engage in a series of invited and contributed talks, poster sessions, and discussions.

Also included in the conference are two special events open to the public that will showcase the function and rhythm of these new materials.

On Tuesday, June 21, Sharon Glotzer, professor of materials science and engineering at the University of Michigan and a member of the National Academy of Sciences, will present a lecture titled “Rise of the Colloidal Machines.” The lecture is free and open to the public, and will take place at 7:30 p.m. in room 001 of the Life Sciences Complex.

“In this talk, I’ll discuss the exciting possibilities of using nano- and micron-sized colloidal particles in the design and fabrication of functional elements for robot-like machines, such as colloidal muscles, digital colloidal bits, bionic colloidal assemblies and colloidal swarms,” says Glotzer, who is widely considered to be one of the world’s leading computational scientists. “These functional colloidal elements could allow researchers to make smart, shape-shifting materials, like the Microbots in (the movie) ‘Big Hero 6’ and the liquid metal comprising the Terminator T-1000.” 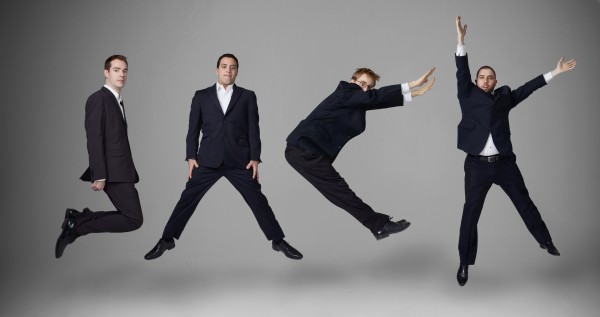 JACK Quartet will perform an original string piece on June 22.

The conference will culminate on Wednesday, June 22, with the premiere of a new music piece titled “Hexacorda Mollia.” The composition is inspired by the theme “Order from Disorder” that permeates the field of soft matter physics. Composed by Andrew Waggoner, chair of composition in the Setnor School of Music, the piece will be performed by the New York City-based string quartet JACK.

Deemed “superheroes of the new music world” by David Weininger of the Boston Globe, JACK has garnered international acclaim for its electrifying approach to the performance of contemporary classical music.

The free concert, sponsored by the Syracuse Soft Matter Program, begins at 8 p.m. in the Milton Atrium of the Life Sciences Complex. Immediately following the concert there will be a discussion and Q&A session with the composer, along with Mark Bowick, professor of physics and director of the Syracuse Soft Matter Program, on the role of science and the natural world in inspiring music and the arts.

Free parking for both events is available after 5 p.m. in the following lots: Q4 (to the right of Life Sciences Complex), Q3 (between Bowne Hall and Carnegie Library), and at the Women’s Building. Metered and non-metered parking spaces are also available throughout the campus on a first come, first served basis. (Campus Map)

The 2016 Active and Smart Matter conference is sponsored by the Institute for Complex Adaptive Matter (ICAM-I2CAM), the National Science Foundation, the College of Engineering and Computer Science, the College of Arts and Sciences, the Office of Research and the Syracuse Soft Matter Program.

More information about the entire conference can be found at http://activematter2016.syr.edu/.