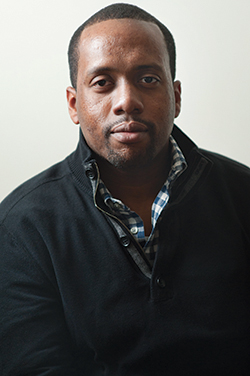 “We need to get to know our kids for real, and we need to train our teachers to get to know them as people and not just as numbers,” says Vilson, who has taught for 11 years in Inwood/Washington Heights, N.Y.

Vilson grew up in a drug- and crime-riddled neighborhood in lower Manhattan. Coming from Dominican and Haitian heritage, he figured his students would relate to him because he came from a similar background. They do, but he says that’s not enough.

“Our current education policies don’t always align with what my students actually need,” he says. “Poverty plays a big part.”

Vilson graduated from Syracuse University with a degree from the College of Engineering and Computer Science. He got a job out of school with the New York City Teaching Fellows program, teaching at-risk students, who were predominantly African American and Latino. He knew he’d found his calling and went on to earn a master’s in math education from the City University of New York.

Vilson began teaching in 2005, four years after the No Child Left Behind Act passed Congress. From the beginning, he could see that the system was not serving his disadvantaged students. In 2007, he began blogging (thejosevilson.com), at first reflecting on his experiences and ultimately using the Internet to call for change in education policy.

He says he tries to address issues that need to be talked about but aren’t, a mission that prompted his book “This is Not a Test: A New Narrative on Race, Class, and Education.”

“There’s a storm of books from writers who have left education for various reasons, but I didn’t see that book from the teacher who stayed,” says Vilson, who decided to fill that void. “People need to know why it is we stay despite all the nonsense.”

The book, published in spring 2014 by Haymarket Books, has received wide attention, putting Vilson in the spotlight as an education activist. He’s appeared in media—including PBS, NPR, CNN, The New York Times, and The Washington Post— and has been listed as a top education blogger and a top teacher. He’s also been approached by publishers and has two book deals in the works.

“As a teacher, I decided to talk about education policy because there are very few teachers who are able to influence policy makers the way I have,” says Vilson. “If you’re in a field where you feel there is a missing hole, a missing part of the narrative, I think it’s important to get out there and fill that space.”

But his primary passion remains in the classroom. “My greatest challenge is just trying to get every one of my students to excel academically,” he says. “Trying to figure out how best to meet every child’s needs sometimes seems insurmountable.”