The Department of Mathematics in the College of Arts and Sciences has received three major grant awards from the National Science Foundation (NSF), supporting national and international research projects.

The awards enable students and faculty to travel to Poland for a major conference on harmonic analysis, organize a biennial meeting on representation theory at Syracuse and collaborate with colleagues from the University of Rochester on a new conference series about analysis.

“We are extremely grateful to the NSF for its ongoing support of our research and training efforts,” says Uday Banerjee, professor and chair of mathematics. “Conferences, workshops and related events are the lifeblood of the mathematical sciences community, and NSF’s investment in the STEM [science, technology, engineering and mathematics] fields helps to create knowledge and sustain prosperity, while bringing distinction to the University.”

More than 30 faculty members, postdoctoral fellows and graduate students from U.S. institutions will travel to the Polish village of Będlewo for a conference titled “Harmonic Analysis, Complex Analysis, Spectral Theory and All That,” running July 31 to Aug. 5. NSF is underwriting most of the travel costs for the participants, who include Syracuse M.S. and Ph.D. students. 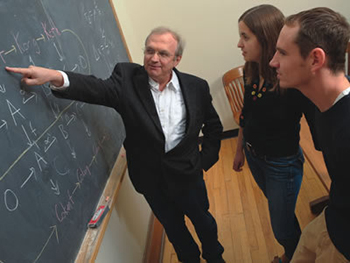 Co-organized by Tadeusz Iwaniec, the John Raymond French Professor of Mathematics at Syracuse, the conference will be held at the Mathematical Research and Conference Center (MRCC), which is shared by the Institute of Mathematics of the Polish Academy of Sciences and the Stefan Banach International Mathematical Center.

According to Iwaniec, the conference will focus on recent developments in various areas of analysis.

“There will be considerable emphasis on harmonic analysis, spectral theory of functions and operators, one-dimensional complex analysis and potential analysis,” he says. “We’ll also celebrate the work of my colleague Sasha Volberg at Michigan State University. He’s a leader in the study of pattern recognition and pattern compression.”

More than a hundred scholars from the United States, Germany, Spain, Switzerland, Finland and Norway are scheduled to present at the MRCC.

“By looking into new methods of one-dimensional complex analysis, we’ll be able to better understand the pervasive nature of contemporary mathematics,” says Iwaniec, an expert in nonlinear analysis and geometric function theory, who served as a Finland Distinguished Professor at the University of Helsinki from 2009 to 2014. “This is a fantastic opportunity, especially for junior colleagues and graduate students [many of whom are pursuing postdoctoral appointments], because it will help them have meaningful interactions with leading researchers in their areas.”

A few weeks later, more than 150 mathematicians will descend upon Syracuse for the 17th biannual Workshop and International Conference on Representations of Algebras (ICRA). Held for the first time in the United States, ICRA will feature a workshop (Aug. 10-13) with six speakers, followed by a conference (Aug. 15-19) with 18 plenary lecturers and additional parallel sessions of talks.

ICRA is made possible with additional support from the National Security Agency, the University’s Office of the Vice President for Research and Arts and Sciences. 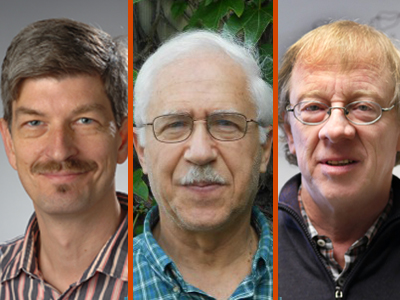 Professor Graham Leuschke, who is co-organizing ICRA with professors Mark Kleiner and Dan Zacharia, considers the meeting a major coup for the University. “ICRA is the most important international meeting on representation theory,” says Leuschke, adding that one of the meeting’s goals is to promote interactions among different types of mathematicians. “ICRA regularly features presentations by some of the biggest names in their respective fields.”

“That Syracuse has been selected to host ICRA speaks volumes about our commitment to global research. It’s a proud moment for all,” Leuschke adds.

The following month, Syracuse mathematicians will travel to the University of Rochester for the first annual Northeast Analysis Network (NAN) Conference. The two-year series, which moves to Syracuse in 2017, involves some 60 participants, two-thirds of whom are from the area. 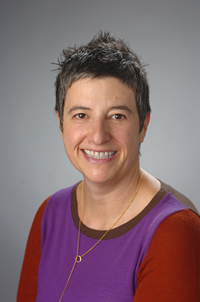 Syracuse professor Loredana Lanzani, who is organizing the 2016 conference with Rochester’s Alex Iosevich, anticipates that other regional institutions will get behind the conference, turning it into an annual fall tradition.

“Mathematical analysis is well-represented throughout the Northeast, but so far, there have been few concrete opportunities for people in allied fields to present their research activities,” she says. “The NAN Conference seeks to provide a platform for scholarly interaction and cooperation.”

In addition to talks by faculty, postdocs and finishing graduate students, the NAN Conference will culminate with a keynote address called the Excelsior Lecture, named after New York State’s official motto. This fall’s lecturer is Jill Pipher, the Elisha Benjamin Andrews Professor of Mathematics and inaugural director of the Institute for Computational and Experimental Research in Mathematics at Brown University. She also is past president of the Association of Women in Mathematics.

“Jill has put Brown on the international map for cutting-edge research into the intersection of mathematics and the computer,” Lanzani says. “She is a master of academia-industry partnerships, whether she’s dealing with large IT companies, such as Google, IBM and Microsoft, or with smaller, more focused ones.”

The inaugural NAN Conference is Sept. 9-10.