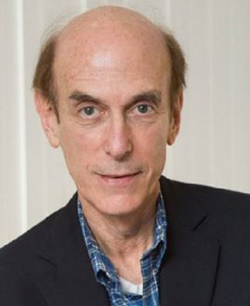 Bioinorganic Chemist Stephen J. Lippard, the Arthur Amos Noyes Professor of Chemistry at the Massachusetts Institute of Technology, will deliver the Willem Prins Memorial Lecture on Monday, March 21, at 4 p.m. at the University Sheraton Conference Center (801 University Ave.). A reception will precede the lecture at 3 p.m.

Both events are free and open to the public, and are sponsored by the Department of Chemistry in the College of Arts and Sciences. For more information, contact the Chemistry Department at 315-443-2851.

Lippard’s lecture, “Third Row Transition Metal Complexes for Treating Cancer,” will focus on his research involving the interface of inorganic chemistry and biology. A major focus of his activities is to understand and improve anticancer drugs in the cisplatin family. He also studies enzymes that consume greenhouse gas hydrocarbons like methane and devises optical and MRI sensors to study brain function.

Lippard earned his bachelor’s degree from Haverford College in 1962 and his Ph.D. from MIT in 1965. He joined the faculty of Columbia University in 1966 as an assistant professor and was promoted to associate professor in 1969 and full professor in 1972. In 1983, Lippard returned to MIT as a professor of chemistry. He served as the head of the MIT chemistry department from 1995-2005. Lippard’s laboratory discovered and named the first metallointercalators, platinum terpyridine complexes that insert between the DNA base pairs and unwind the double helix. This work led to experiments defining how platinum drugs bind their biological targets and insights into how they manifest their anticancer activity.

The lectureship is named for the Syracuse chemistry professor who died in a 1974 boating accident at the age of 45. He was a beloved teacher and dedicated researcher, as evidenced by his publication of more than 90 scholarly articles.