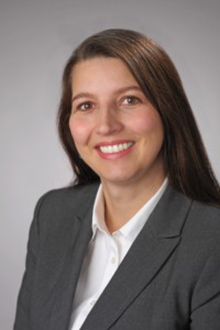 College of Engineering and Computer Science Assistant Professor Mandy B. Esch has won a Lush Science Prize for 21st Century Toxicology. Lush Prizes are awarded to projects and individuals that strive to replace the use of animals in product or ingredient safety testing.

Esch’s team, led by Cornell’s Professor Michael L. Shuler, was recognized for their development of a “Body-on-a-Chip” system that uses tissues derived from human cell sources. Their system is capable of simulating human metabolism to reveal test drugs’ therapeutic actions and toxic side effects. It can play a significant role in determining the success of new pharmaceuticals without the use of animals.

The Lush Prize, hosted by Lush Cosmetics, is awarded for lobbying, public awareness, science and training that supports animal-free testing. This year’s awards in London were presented by animal rights advocate Brian May, lead guitarist for the band Queen.