Barbara K. Stripling, senior associate dean and assistant professor of practice at the School of Information Studies (iSchool), has been elected to the presidency of the New York Library Association (NYLA) for the organization’s 2016-2017 term. 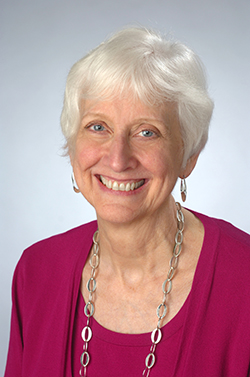 Election results were released earlier this month. Stripling will serve one year as president-elect beginning in November of this year, and assume the position of president in November of 2016.

“This is a time of library transformation, as libraries of all types turn outward to their library communities to listen to the aspirations of parents, business leaders, professors, legislators, educators, children, university students and community leaders,” says Stripling. “Libraries, library staff and library supporters across the state are implementing real change at the local level, and under my leadership, NYLA will support those local efforts through statewide and strategic leadership, online and face-to-face educational opportunities, and strong and sustained advocacy.”

NYLA is affiliated with the American Library Association (ALA) as the New York chapter of that national body. Stripling served as the president of ALA from 2013-2014.

Members of NYLA include librarians of public, system, school, college and university and many special libraries, library trustees and friends of libraries. Founded in 1890, NYLA was the first statewide organization of librarians in the United States.

Stripling joined the faculty at the iSchool in a full-time capacity in January 2012, after serving for six years as director of library services for New York City’s Department of Education.  She had served as an adjunct professor for the iSchool from 2007-2011.