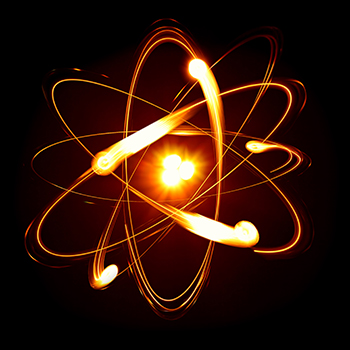 The College of Arts and Sciences announced today the establishment of the Charles Brightman Endowed Professorship of Physics. The professorship is made possible by a $1.4 million bequest to the Department of Physics by Joseph and Charlotte Stone ’37.

An alumna of both the college and the S.I. Newhouse School of Public Communications, Charlotte was a daughter of Brightman, who taught physics at Syracuse for more than three decades. Her sister, Anna ’43, G’51, graduated from the College of Visual and Performing Arts.

The professorship is designed to attract and retain the best physicists in the field.

“Our physics department is among the finest in the world, due to our blue-ribbon faculty,” says Karin Ruhlandt, the college’s dean and Distinguished Professor of Chemistry. “The Stones’ generosity enables us to not only attract established and rising stars, but also increase the size of our research footprint. It helps us strengthen an already strong department.”

Ruhlandt will select the inaugural Charles Brightman Professor later this year, in close cooperation with the physics department.

Brightman served on the Syracuse faculty during the first half of the 20th century, eventually retiring in 1950. His teaching career also involved stopovers at Wesleyan University, Mount Holyoke College and DePauw University, where he was the first faculty member to hold a Ph.D. in physics. While at DePauw, Brightman developed two courses that were eventually added to the University curriculum: “Modern Theory” and “Alternating Current Theory.”

Brightman earned a Ph.D. from Clark University, as well as master’s and bachelor’s degrees from Brown University.

“Charles Brightman was a true pioneer, as committed to rigorous, innovative teaching as he was to imaginative research,” says Alan Middleton, chair and professor of physics. “This professorship ensures our department’s ongoing success by attracting and supporting physicists in all disciplines. It’s a reflection of Charles Brightman’s legacy, as well as the generous philanthropy of the Stone family.”

This isn’t the first time the Stones have given back to Charlotte’s alma mater. Other gifts have supported the Tolley Humanities Distinguished Teaching Professorship (in Arts and Sciences) and the Schine Student Center.

After graduating from Syracuse, Charlotte held various editorial positions at Mademoiselle, Esquire and Ladies Home Journal magazines in New York City. In 1948, she married Joseph Stone, then a professor at Columbia University. The couple eventually relocated to Berkeley, Calif., before settling in Chicago in 1970. Charlotte died in 1997; Joseph—by then, a retired metallurgical engineer—died in 2005.