Most people turn on their computers and log on to the Internet every day without a second thought. For one faculty member at the School of Information Studies (iSchool), though, how the Internet is governed, the intricacies of its infrastructure and the technical protocols and policies that direct its functioning have been of critical focus for many years, and are particularly intense in 2015. 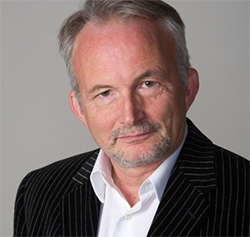 Professor Milton Mueller, a world-recognized expert on Internet governance policy, has been involved in those issues on a global level through several organizations. His work with the American Registry of Internet Numbers (ARIN) recently was cited as being instrumental to the United States’ efforts to privatize the Internet domain name system.

Last March, the U.S. government announced a plan to transition oversight of the Internet Assigned Numbers Authority (IANA) functions contract, moving control from the National Telecommunications and Information Administration to the global multi-stakeholder community. Those functions have been managed since 1998 by the Internet Corporation for Assigned Names and Numbers (ICANN). That organization has been responsible for allocating and maintaining the codes and numbering systems used in Internet technical standards; however, its contract to do so expires Sept. 30.

Mueller is one of 15 members of ARIN’s volunteer advisory council, which has formulated recommendations for the U.S. government’s transitioning process. His volunteer service has involved consulting to ARIN and outreach to the multi-stakeholder global Internet community. His efforts, and the iSchool’s support of them for ARIN, were cited recently by the organization’s president and CEO, John Curran. In a letter thanking iSchool Interim Dean Jeffrey Stanton for supporting Mueller’s work, Curran wrote that Mueller’s “extensive commitment” through numerous teleconferences and face-to-face meetings is “crucial in ARIN making great strides in Internet number resource policy and regional outreach efforts at ARIN meetings and outreach events.”

Dependent on volunteers to fulfill its mission, the organization “would not see the same success without their contributions. We cannot thank you enough for supporting his participation and service to the ARIN community,” Curran wrote. With ARIN on the verge of seeing IPv4 [Internet Protocol version 4] run out and its preparations for the wide-scale deployment of IPv6 [Internet Protocol version 6], Curran noted that, “While impossible to predict, 2015 is sure to present ARIN with new challenges and opportunities. We are very fortunate to have Milton on the ARIN Advisory Council to help the ARIN community find the best way forward.”

“We at the iSchool are extremely proud of Milton’s efforts on Internet governance,” says Interim Dean Jeff Stanton. “Milton has achieved international prominence in an area of work that directly impacts the security and robustness of the Internet.”

Mueller and Brenden Kuerbis, a postdoctoral researcher at the iSchool, have presented their recommendations for the IANA transition in a paper submitted to the Global Multi-stakeholder Stakeholder Meeting on the Future of Internet Governance. In “Roadmap for Globalizing IANA: Four Principles and A Proposal for Reform,” they proposed that the IANA function be separated from ICANN’s policy process; that domain-name system IANA functions with the Root Zone Maintainer functions be performed by Verisign and put into a new, independent, “DNS Authority”; and that a nonprofit organization controlled by a consortium of TLD registries and root server operators be created. Details of that proposal are here.

Continuing his service, Mueller was in Washington, D.C., recently for the State of the Net 2015 conference, and is now in Singapore at ICANN’s 52nd meeting, where discussions of and preparations for the IANA transition are dominating the agenda.

He recently observed that in addition to ICANN members’ work “trying to devise a new institutional arrangement to control IANA,” other issues facing the international Internet community include the deployment of IPv6, and issues related to cyberspace security. “These cybersecurity issues are in the news so often, in so many different ways and through so many different perspectives,” Mueller says. He cited news of legislation being proposed to create a new federal entity to supervise cybersecurity in the U.S. Department of Homeland Security. “That is just one example, one tiny piece of the whole picture that’s going on.”

“Cyberspace and the militarization of cyberspace is something that is reaching new levels,” he adds. “Hopefully [at ICANN] we’ll start taking steps to resolve that in 2015.” Those concerns present additional issues about which the U.S. must formulate policies governing its conduct, he says. For instance, “China and the U.S. have to continue deciding if they will cooperate or be in conflict around this issue.”