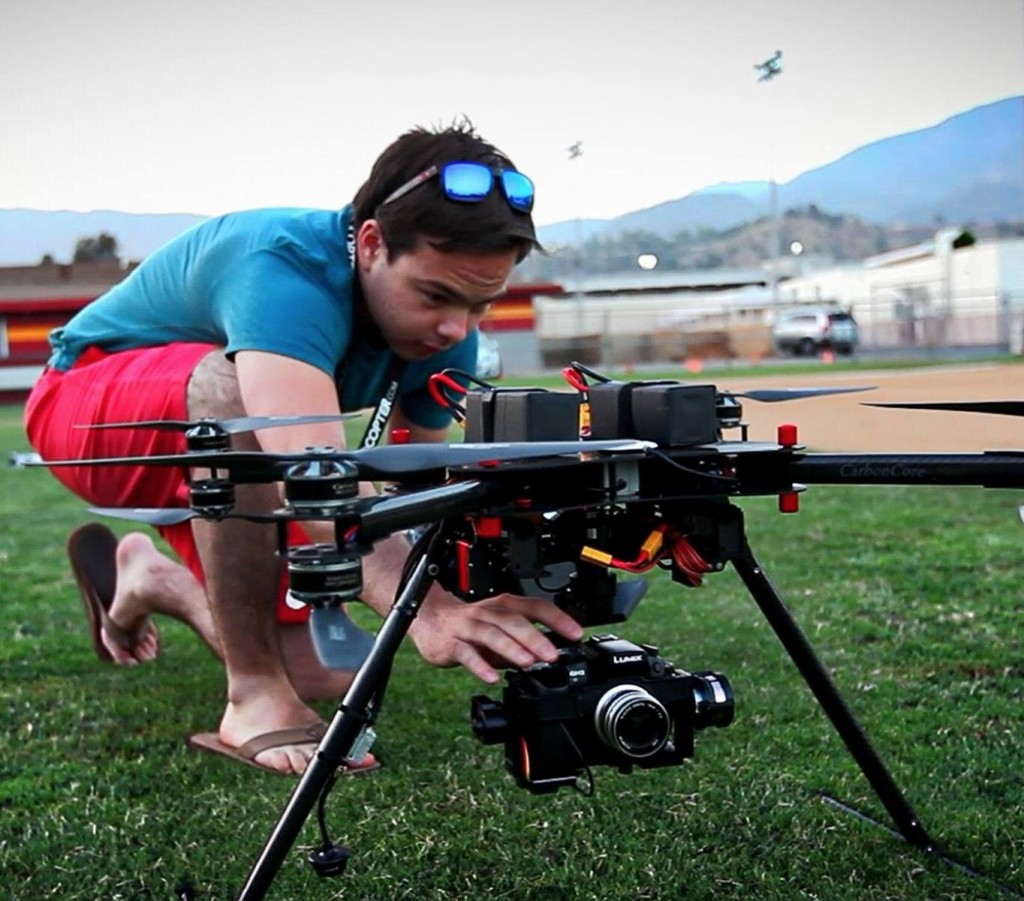 A couple of summers ago, Arland Whitfield ’16 stumbled across a YouTube video about drones. It wasn’t long before he knew he had to get airborne.

“I spent the next few months learning about them and I finally built one,” Whitfield says. “Initially, it wasn’t that great. It was like having a model airplane, but the camera took really great shots and I fell in love with it and the possibilities. And I’ve been flying and filming since then.”

Those first shots of a California sunset in his backyard inspired the School of Information Studies student to want to explore the field of drones and their capabilities—and share the discovery experience with others.

At the start of his sophomore year, he started the Skyworks Project. “There was a demand to have drone technology and people were curious about it,” Whitfield says. “At the time I was doing some guest lectures at Newhouse and it kind of spun into a group of people who were interested in it.”

The group, which has attracted students from schools and colleges across campus, started holding meetings, working with and testing the technology, and teaching about drones. The Skyworks Project’s aim is to bring students and faculty together to see what is possible with drones, both technically and socially. 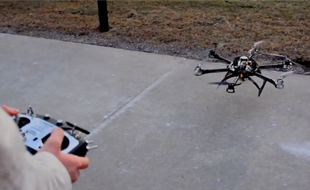 A Skyworks drone lifts off.

A view of the world

“The beauty of drone tech is that there are applications in many fields and professions—such as scientists, firefighters, police officers, power line inspectors, filmmakers,” Whitfield says. “It’s changing how all those groups can look at the world around them and how they collect data and information and get those cool photos. People are still finding out what they can do with it and how it can really change how we approach everyday tasks.”

To help fund research and development costs and parts for drone projects, Whitfield submitted a video to apply for a Fast Forward grant as part of Chancellor Kent Syverud’s inauguration. The competition recognized student projects that make a positive difference in the world. His project won, along with a handful of others.

“We use a lot of resources for Skyworks in terms of purchasing new technology; we lose a drone and we have to repair them,” Whitfield says. “We need a budget to negate the cost instead of going out of pocket, and the grant helps offset that.”

The Skyworks Project has since spun off into businesses that sell drones, SkyworksPro, and provides consulting and aerial photography services. The Skyworks businesses, which have four team members, use space in the Syracuse Student Sandbox in the Tech Garden in downtown Syracuse.

The Skyworks team is working on projects that include tethered drones, which are powered from the ground instead of on the craft, making it lighter and more efficient. “We’re looking to build one that can sit in the air for an hour or two for better surveillance or during a crisis,” Whitfield says.

Whitfield continues to present in front of classes and will meet with student groups to learn about drones.

“People really don’t know what they are capable of and we’re still trying to push limits on what people think of them,” Whitfield says.

The basics include a frame with four motors and a ground controller. “It’s a pretty simple device as far as the components. Most of the heavy lifting is done by the flight controller,” Whitfield says. “Anyone can fly a drone; they are easier than a plane, but to fly well and safely is a different story.”

The Skyworks team instructs people on safety measures, such as not flying over crowds, and they delve into the evolving area of policy. 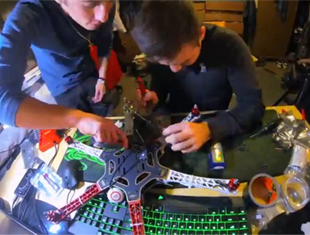 Members of the Skyworks Project assemble a drone.

“The laws are constantly changing,” Whitfield says. “We’re always making sure we’re in the green and seeing what the Federal Aviation Administration is doing.”

Whitfield wants to continue to grow the business end, which has been focusing more on the consulting side. His ultimate plans may not reside in drones, though.

“I’m interested in the latest, leading-edge technology, and drones are about that,” Whitfield says. “I always have an eye for what the future holds and I think that will determine where I go.”