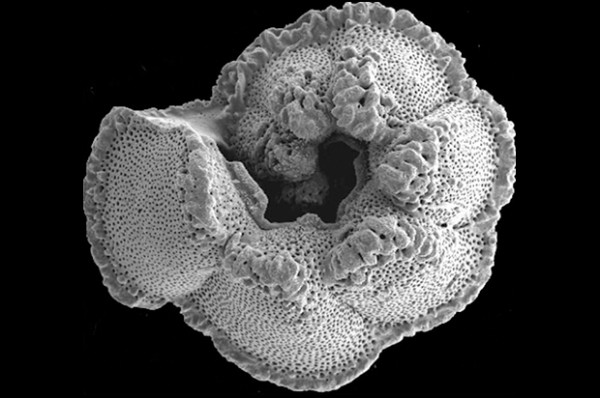 Researchers in the College of Arts and Sciences are pairing chemical analyses with micropaleontology—the study of tiny fossilized organisms—to better understand how global marine life was affected by a rapid warming event more than 55 million years ago.

Their findings are the subject of an article in the journal Paleoceanography (John Wiley & Sons, 2014).

“Global warming impacts marine life in complex ways, of which the loss of dissolved oxygen [a condition known as hypoxia] is a growing concern” says Zunli Lu, assistant professor of Earth sciences and a member of Syracuse’s Water Science and Engineering Initiative. “Moreover, it’s difficult to predict future deoxygenation that is induced by carbon emissions, without a good understanding of our geologic past.”

Lu says this type of deoxygenation leads to larger and thicker oxygen minimum zones (OMZs) in the world’s oceans. An OMZ is the layer of water in an ocean where oxygen saturation is at its lowest. 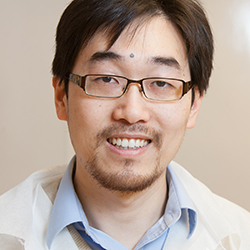 Much of Lu’s work revolves around the Paleocene-Eocene Thermal Maximum (PETM), a well-studied analogue for modern climate warming. Documenting the expansion of OMZs during the PETM is difficult because of the lack of a sensitive, widely applicable indicator of dissolved oxygen.

To address the problem, Lu and his colleagues have begun working with iodate, a type of iodine that exists only in oxygenated waters. By analyzing the iodine-to-calcium ratios in microfossils, they are able to estimate the oxygen levels of ambient seawater, where microorganisms once lived.

Fossil skeletons of a group of protists known as foraminiferas have long been used for paleo-environmental reconstructions. Developing an oxygenation proxy for foraminifera is important to Lu because it could enable him study the extent of OMZs “in 3-D,” since these popcorn-like organisms have been abundant in ancient and modern oceans.

“By comparing our fossil data with oxygen levels simulated in climate models, we think OMZs were much more prevalent 55 million years ago than they are today,” he says, adding that OMZs likely expanded during the PETM. “Deoxygenation, along with warming and acidification, had a dramatic effect on marine life during the PETM, prompting mass extinction on the seafloor.” 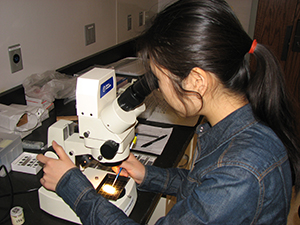 Xiaoli Zhou in the lab

Lu thinks analytical facilities that combine climate modeling with micropaleontology will help scientists anticipate trends in ocean deoxygenation. Already, it’s been reported that modern-day OMZs, such as ones in the Eastern Pacific Ocean, are beginning to expand. “They’re natural laboratories for research,” he says, regarding the interactions between oceanic oxygen levels and climate changes.”