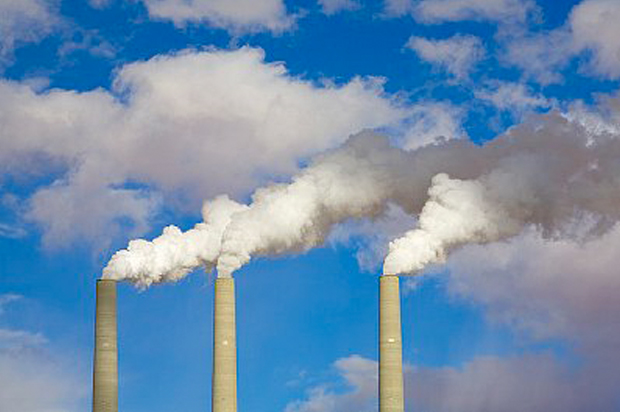 Setting strong standards for climate-changing carbon emissions from power plants would provide an added bonus—reductions in other air pollutants that can make people sick; damage forests, crops and lakes; and harm fish and wildlife. This, according to a first-of-its-kind study released today by scientists at Syracuse and Harvard universities who mapped the potential environmental and human health benefits of power plant carbon standards.

The study led by Syracuse University Professor Charles Driscoll shows potential for reductions of more than 750 thousand tons of other harmful air pollutants across the continental United States.

The authors of the new study, Co-benefits of Carbon Standards: Air Pollution Changes under Different 111d Options for Existing Power Plants, use three policy options for the forthcoming Environmental Protection Agency (EPA) rule as a guide to model changes in power plant emissions of four other harmful air pollutants: fine particulate matter, nitrogen oxides, sulfur dioxide and mercury. The scientists compared the model results with a business-as-usual reference case for the year 2020.

Of the three scenarios simulated, the top-performing option decreased sulfur dioxide and mercury emissions by 27 percent and nitrogen oxide emissions by 22 percent by 2020 compared to the reference case. This option reduced carbon dioxide emissions from the power sector by 35 percent from 2005 levels by 2020. The scientists state that the resulting air quality improvements are likely to lead to significant gains in public and environmental health.

“When power plants limit carbon dioxide emissions, they can also release less sulfur dioxide, nitrogen oxide and other pollutants,” says Driscoll, University Professor of civil and environmental engineering in the College of Engineering and Computer Science. “One of the policy options we analyzed cut emissions of these non-carbon pollutants by approximately 750,000 tons per year by 2020.” 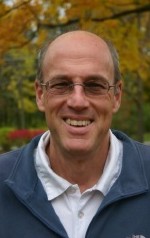 “We know that these other pollutants contribute to increased risk of premature death and heart attacks, as well as increased incidence and severity of asthma and other health effects. They also contribute to acid rain, ozone damage to trees and crops, and the accumulation of toxic mercury in fish,” adds Driscoll. “This new analysis shows that there is a real opportunity to help reverse decades of environmental damage from power plant emissions and to improve human health.”

In addition to summarizing changes in emissions, the study quantifies the resulting improvements in air quality. It features detailed maps illustrating the benefits of decreased emissions from roughly 2,400 power plants for every 12 by 12 kilometer area of the continental United States.

With a strong carbon standard, improvements are widespread and every state receives some benefit. The maps show that the greatest benefits occur in the eastern United States, particularly in states in and around the Ohio River Valley, as well as the Rocky Mountain region.

The findings also show that different policy options yield different outcomes. The detailed air quality modeling makes it clear that a modest rule limited to making power plant improvements “inside the fence,” similar to what some industry groups have proposed, would bring little if any air quality benefits for states.

“Our analysis demonstrates that strong carbon standards could also have widespread benefits to air quality and public health,” says Jonathan Buonocore, of the Harvard School of Public Health at Harvard University. “With a mix of stringency and flexibility, the new EPA rules have the potential to substantially reduce emissions of sulfur dioxide and nitrogen oxides from power plants, which contribute to local and regional air pollution. This is an opportunity to both mitigate climate change and protect public health.”

The U.S. EPA is expected to release its proposed rules for carbon pollution from existing power plants June 2.

The new Syracuse and Harvard study and maps can be downloaded at eng-cs.syr.edu/carboncobenefits.