Share
College of Arts and SciencesEarthearth and environmental sciencesfaculty research 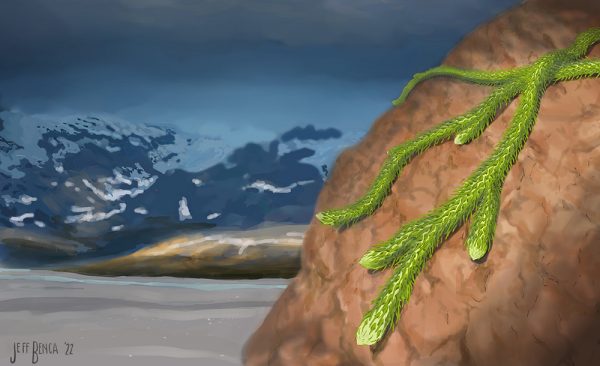 Before the emergence of forests, primitive shrub-like vascular plants covered the Earth and played an important role in lowering CO2 levels, a new study has found. (Illustration by Jeffrey Benca, University of California-Berkeley)

It’s hard to imagine our planet without trees. From providing wildlife habitat to reducing erosion and absorbing carbon dioxide (CO2) from the air, trees play an important role in maintaining a livable environment. But trees haven’t been around forever. Over 400 million years ago, the continents were covered by primitive shrub-like plants. It was during the Devonian period, around 385 million years ago, when shrubs evolved into small trees and forests emerged. So before trees, you might think CO2 levels were higher, right?

Contrary to previous estimates, a team of researchers including Christopher Junium, associate professor of Earth and environmental sciences in the College of Arts and Sciences, have found geochemical evidence suggesting that CO2 levels may have been much lower millions of years before the emergence of large forests, according to a study published in Nature Communications.

Junium and his collaborators, including the study’s lead author Tais W. Dahl, associate professor from the Globe Institute at the University of Copenhagen, found that the earliest vascular plants substantially reduced CO2 levels long before the evolution of forests. This early CO2 decline may have led to significant global cooling and glaciation during this period. 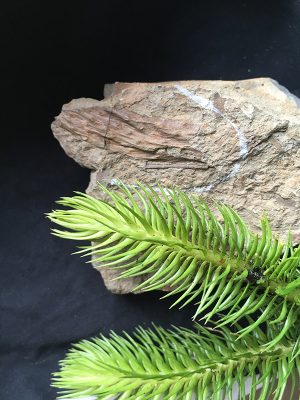 The team analyzed modern descendants of club mosses, plant fossils and geochemical data and found that 410–380 million years ago, CO2 levels were only modestly elevated compared to the present day—about 1.5 times greater than current levels, compared to up to 10 times greater, as previously estimated. Using paleoclimate and Earth systems modeling, they found that CO2 decline and simultaneous oxygen (O2) increase, even by the earliest land plants, was enough to have led to significant climatic cooling and partial glaciation, consistent with geological evidence.

Junium’s work on the project involved analyzing Early Devonian Period fossil plant materials for their carbon stable isotope composition. By comparing ratios of carbon, researchers can determine how plants incorporated carbon dioxide from the atmosphere into their tissues during photosynthesis.

“The specific values (of carbon isotopes) can help us determine the concentration of carbon dioxide in the atmosphere,” says Junium, who conducted the research in his lab at Syracuse using an isotope-ratio mass spectrometer, which has been custom modified to allow for analysis of extremely precise nanomolar quantities of fossil carbon. “The 410- to 380-million-year-old plant materials we analyzed were some of the oldest fossil vascular plants that colonized land before the rise of large forests. The analyses revealed that the ancient plant materials had carbon isotope compositions that were surprisingly similar to modern plants and suggested that the concentration of carbon dioxide in the Early Devonian was not as high as we had thought.”

The new analyses served as a starting point for a deep reexamination of the evidence for high carbon dioxide concentrations prior to the expansion of large forests.

“A new method has enabled us to calculate the CO2 level in the atmosphere in the past based on plant fossils,” writes lead author Tais Dahl. “We initially applied the method to the time before forests emerged—a time which researchers agreed was characterised by high levels of CO2 in the atmosphere. We used to think that the emergence of forests reduced the amount of atmospheric CO2 on Earth. But instead of 4,000 parts per million (ppm), which is the amount researchers assumed was found on the planet back then, we have shown that the figure is close to 600 ppm, which is not far from the level we are approaching today.”

How Studying the Past Impacts the Future 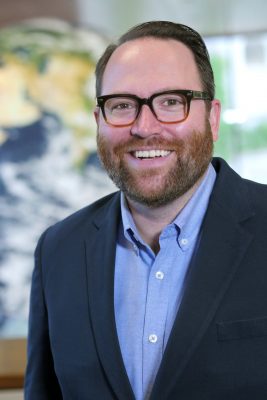 The team ultimately found that the emergence of large forests later in the Devonian may not have played as important of a role in decreasing carbon dioxide as previously thought, despite the fact that evidence suggests that the climate cooled considerably from the Early to the Late Devonian.

“The growth of smaller plants like those we analyzed appear to have induced changes in the terrestrial biosphere sufficient to decrease carbon dioxide and increase oxygen through the growth of soils and weathering of nutrient-rich rocks,” says Junium.

In terms of the study’s impact for the future of climate change, it underscores the growing consensus that Earth’s climate is highly sensitive to CO2 levels and that efforts to limit further CO2 increase can only improve the future outlook.

“Just because our results suggest that expansion of forests in the Devonian did not cause a dramatic decrease in carbon dioxide does not mean that afforestation—planting new forests on land without trees—is something we should not do,” says Junium. “Rather, climate mitigation practices need to involve decreasing emissions and multiple means for removing CO2 from the atmosphere. Planting trees and evaluating ways to increase weathering will be important tools for long-term carbon dioxide reduction and stabilization.”

Dahl adds, “To understand how this works on a global scale, and what the consequences are, it is a good idea to look at what happened in the past when the Earth saw major changes and these mechanisms changed. And that is what this study does.”

When Amy Rabideau ’10 started working at Moderna in 2015, she never imagined that she would someday help fight one of the world’s deadliest viruses. Fresh out of the Massachusetts Institute of Technology, where she had received a Ph.D. in…