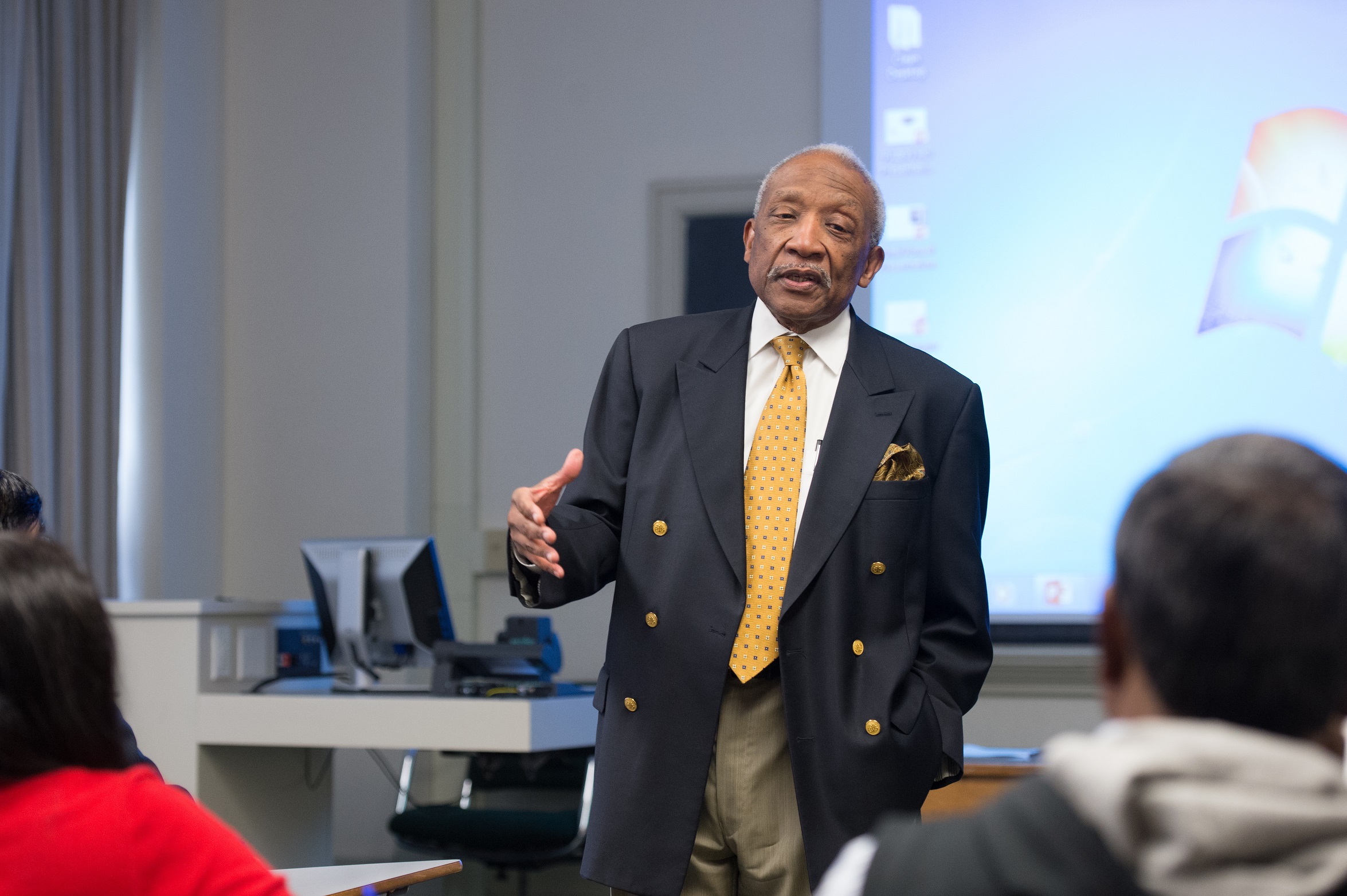 “Public service isn’t about something you do today and then you’re done. It’s about improving our society, improving the world…for the people that live in it.” Words attributed to Walter Broadnax G’75 that defined the way he approached life, education, work and volunteer service. The esteemed Syracuse University alumnus, professor, trustee and benefactor passed away on Dec. 2, 2022, at the age of 78.

Broadnax was raised in Hoisington, Kansas, in the part of town that had no paved roads, no indoor plumbing or sewage, and attended a predominantly white elementary school. He demonstrated both ambition and leadership early in life, becoming superintendent of his Sunday school at the First Baptist Church when he was just 16 years old, and graduating from Hoisington High School as an outstanding senior student in 1962.

That was just the beginning of what would become a long and distinguished career in public service. With a Ph.D. from the Maxwell School of Citizenship and Public Affairs (his dissertation was titled “Role Differentiation Between Minorities and Non-minorities in Urban Administration”), Broadnax shaped a career in the public and nonprofit sectors that led him to be considered one of America’s most respected scholar-practitioners in the field of public policy and management.

“As a teacher, scholar and lifelong public servant, Walter has always been an inspiration,” says Maxwell School Dean David M. Van Slyke. “Walter’s humility, intellect and commitment to making a positive difference could be seen in the magnanimous ways he interacted with people from all walks and stations in life and treated them with dignity, respect and compassion.” 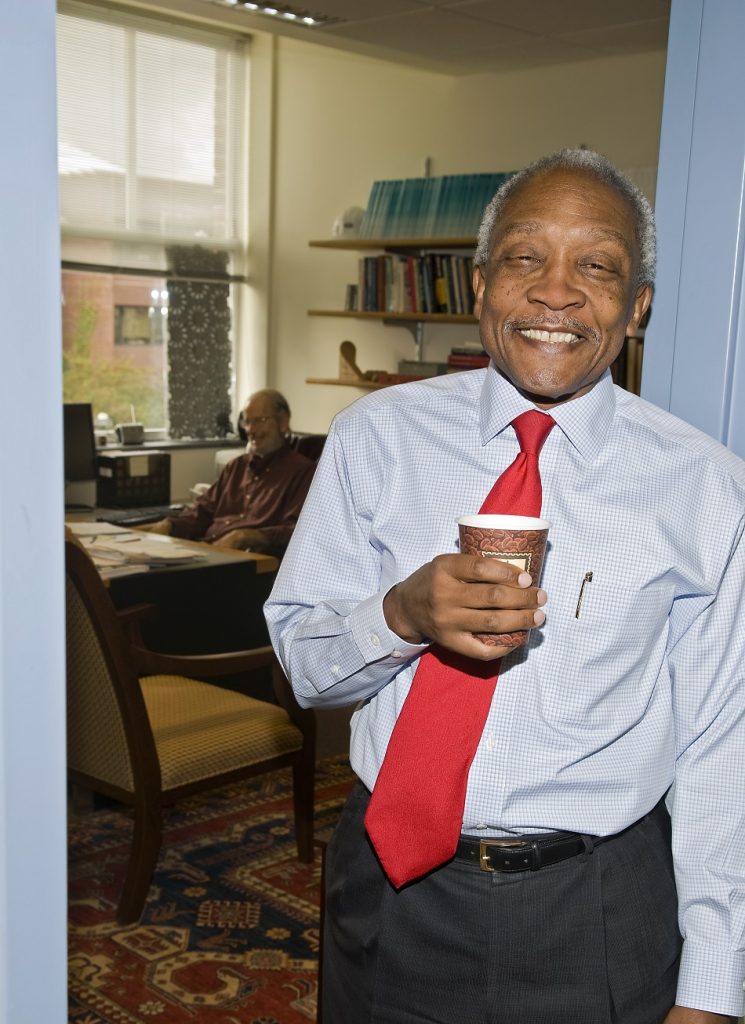 Before joining the Maxwell faculty in 2008 as Distinguished Professor of Public Administration and International Affairs, he served as president of Clark Atlanta University in Atlanta, Georgia; dean of the School of Public Affairs at American University in Washington, D.C.; and professor of public policy and management in the School of Public Affairs at the University of Maryland, where he directed the Bureau of Governmental Research, and was founding director of the Innovations in State and Local Government program at Harvard University’s Kennedy School of Government.

In addition to his academic career, Broadnax held many positions in the government sector, including deputy secretary and chief operating officer of the U.S. Department of Health and Human Services, overseeing a major restructuring of the agency and the creation of the Social Security Administration as an independent entity; transition team leader for the Clinton/Gore administration; president of the Center for Governmental Research Inc. in Rochester, New York; president of the New York State Civil Service Commission; and director of Children, Youth and Adult Services for the state of Kansas.

After Broadnax retired from teaching and took on emeritus status at the Maxwell School, he and his wife Angel, established an endowment fund to provide scholarship and financial assistance to a graduate student or students enrolled in Maxwell, and pledged a $1 million bequest gift to support public administration students in perpetuity. Acknowledging the gift, Van Slyke said that Broadnax represented “the ideals of the Maxwell School” parlaying his Maxwell education into public service and sharing his acquired wisdom with students aspiring to public service. 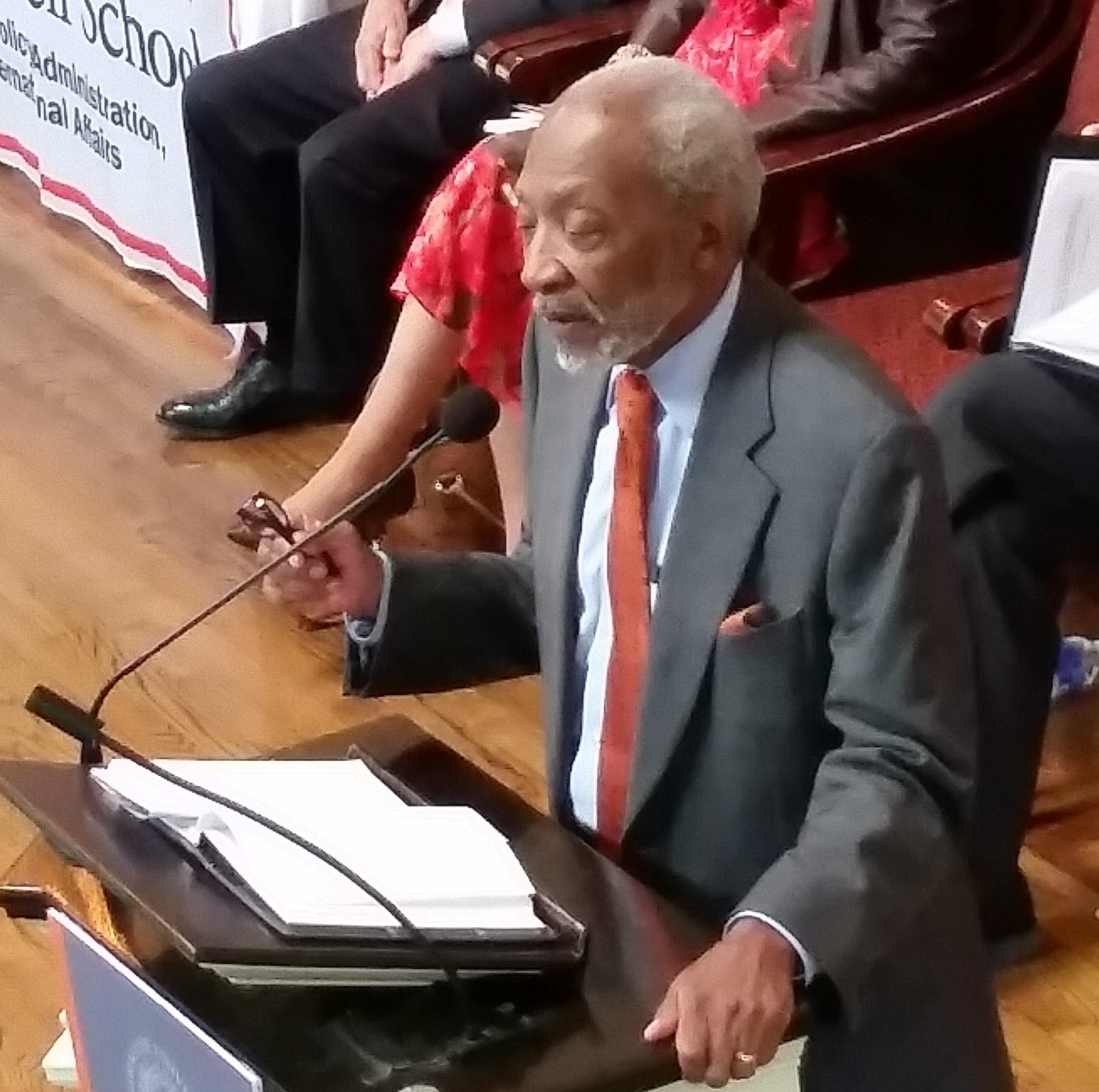 Walter Broadnax speaking at the M.P.A. convocation in 2015. (Photo by Arthur Paris)

In honor of his retirement, his former colleague at Maxwell, James D. Carroll, wrote a tribute: “Walter’s distinctive contribution has been his unique combination of study and experience and his ability to share it with others—a contribution in the finest Maxwell tradition.”

Broadnax’s commitment to Syracuse University included election to the Board of Trustees in 1999, serving as a voting Trustee until 2008 and then Life Trustee. He and his wife supported other initiatives beyond Maxwell, at the College of Visual and Performing Arts and Hendricks Chapel. Broadnax received the George Arents Award for excellence in public service in 2001, the University’s highest alumni honor.

Earlier this year at the annual Rev. Dr. Martin Luther King Jr. Celebration, Chancellor Kent Syverud paid tribute to Broadnax, along with Dr. King and Charles Willie G’57, H’92, who earned a Ph.D. in sociology from the Maxwell School. Broadnax had been one of Willie’s students. “Let’s take our inspiration from Dr. King and Dr. Willie and Dr. Broadnax,” said Syverud. “Let’s persevere through setbacks. Let’s commit ourselves to excellence that is rooted in equality. Let’s make Syracuse University an example of the transforming power of higher education.”

Broadnax is survived by his wife, Angel, of Fayetteville, New York, and their daughter, Andrea A. Broadnax-Green (Leonard), of Loxahatchee, Florida, along with several nieces and nephews.