Seven military-connected students have been awarded scholarships by the Office of Veteran and Military Affairs (OVMA). The recipients represent a broad and diverse community of military-affiliated students, from those who are currently serving to the children of those who have served.

“Student veterans often face unique financial circumstances while enrolled in college, especially those who are in demanding academic programs that do not allow enough time for a part-time job, or for those who are going home to a spouse and possibly children,” says Dwayne Morris ’97, a retired U.S. Army lieutenant colonel and deputy director of the OVMA. “We’re grateful for the generosity of the donors who make these scholarships possible, and appreciate the support it allows us to give our military-connected students on their journey to joining our Orange Alumni family.”

The scholarships and their recipients for the Fall 2022 academic year are: 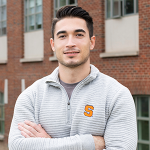 “My goal after Syracuse University is to attend SUNY Upstate as a member of its Doctor of Physical Therapy Program. I hope to one day work for the Veterans Affairs Hospital as a physical therapist so I can continue to give back to the veteran community,” says Pullano. 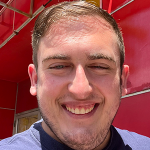 “After Syracuse University, my goal is to work at a museum like the Smithsonian in Washington, D.C., or the Rock & Roll Hall of Fame in Cleveland, Ohio,” says Holland. “This scholarship will help me cover the cost of my university health care plan, and it will cover the cost of rent for a few months.” 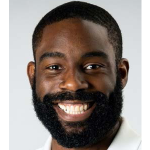 “Long term, I wish to work as a math tutor for underrepresented communities. Being a black male in STEM, I have the desire to stress the importance of math and science to little kids from communities like the one I came from,” says Pollard. “This scholarship will help lighten a financial burden, which will allow me to be more engaged in school and be a more successful student.” 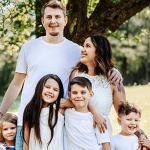 While on active duty and assigned to nearby Fort Drum, Cline was introduced to Syracuse University while one of his children had an appointment at nearby Golisano Children’s Hospital. “When I went exploring for food I discovered the campus and I immediately decided that was where I wanted to attend,” says Cline. “The area, the people, the architecture and school pride won me over immediately. This scholarship will alleviate the stress and financial burdens placed upon my family while I am a full-time student.” 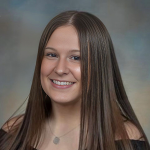 “I currently work as a nursing assistant on a medical surgery unit at a local hospital and I absolutely love it,” says Ellis. “I have about 10 to 12 years of school ahead of me and medical school comes with a hefty price tag. Receiving this scholarship now will put me in a better situation financially going forward and will have a continuous positive impact for me, which I am truly grateful.” 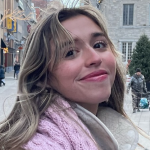 “Syracuse has allowed me to pursue my dream degrees and find new passions I didn’t know I had. I plan on getting a master’s in public health and, later on, attend medical school to become a doctor,” says Rivera. “Back home in Puerto Rico, we have a great deficit in medical professionals, my goal is to go home and give back to the community that saw me grow up. This donor-funded scholarship will relieve financial hardships on my family and I, and it’s rewarding to know someone believes in my education.” 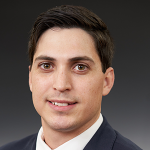 “The scholarship will allow me to be able to spend less time working and more time focusing on my studies, as well as with my daughter and fiancé. I appreciate the support of Syracuse University veterans and the help alleviating some of the stresses that come along with being a full-time student,” says Weber.