The idea was simple.

To better connect with fans of the Syracuse University football team while showcasing the human side of being a Division I student-athlete, redshirt junior defensive end Caleb Okechukwu, sophomore defensive back Ja’Had Carter and sophomore linebacker Marlowe Wax launched “The Mob Podcast” earlier this football season.

While the trio of talented football student-athletes was ultimately successful in their efforts to strengthen the already strong bonds between the team and its passionate fan base, a funny thing happened during the recording of their weekly podcast: the talks evolved into a form of therapy, a way for Okechukwu, Carter and Wax to improve their mental health through candid conversations. 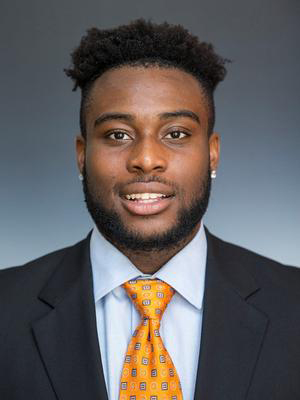 “We were just trying to show that we’re humans who have emotions and personalities when we’re on the field. We wanted to take our fans behind the scenes and take them onto the field with us while showing that we’re vulnerable with what we go through on a week-to-week basis,” says Okechukwu, who serves as the host and conductor of the podcast. “For me, we’re so used to being tough and not saying anything about the issues we deal with, so this has been like therapy for real. We all looked forward to talking and laughing on the show after each game.”

“As men, we’re taught to not be vulnerable, and a lot of people might think we’re so tough that things don’t get to us, but we all have emotions,” says Wax. “Doing the podcast is therapy, being able to talk to each other about what we’re going through, and I appreciate how much the fans and the public have bought into our podcast.”

The podcast is also a great way for fans of the Orange to get to know their favorite players off the field. Modeled after shows like “I Am Athlete,” an unscripted show featuring former NFL players Brandon Marshall, Adam “Pacman Jones, LeSean McCoy and Chad Johnson, the Orange podcasters say their show exemplifies how student-athletes can use their voices as a powerful tool. 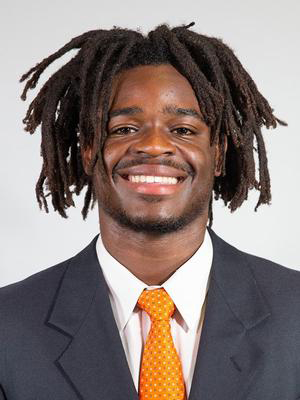 “I was definitely nervous that first episode, but then as we started going through the episodes and talking with each other, it turned into a conversation that really flowed. As the weeks went on, we got better and better and became more confident in our abilities. This has turned into something special,” Carter says.

The name of the podcast is a testament to the tenacious energy and aggressive approach employed by the members of the defense, and it’s also a nod to the tight-knit relationship between Carter, Okechukwu and Wax, who dubbed themselves and their defensive teammates the “Mob Squad.”

So it was only natural that, when they were thinking of what to call their fledgling podcast, the trio settled on “The Mob Podcast.” But what does that mob mentality mean?

“Being aggressive. Always flying to the ball and having that mentality that nobody scores on us. But it’s not just the defensive guys, the offensive guys have bought into the mob mentality, too. It keeps us together and strong,” Carter says. 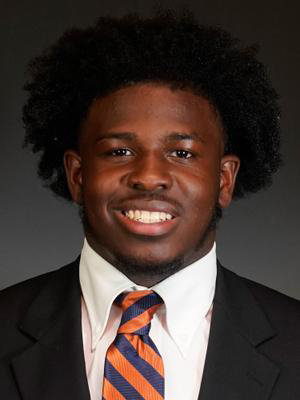 “We knew the fans would love it because they know and embrace that mob mentality. We hear the mob chant during the games and this whole thing has just come alive and taken off so quickly,” adds Wax.

“When you think of the mob mentality, it’s everybody coming together and being focused on one goal, and accomplishing that goal as a team,” Okechukwu says.

After storming out of the gates red-hot thanks to a 6-0 start that saw the Orange ranked as high as No. 14 in the national polls, comparisons were being drawn between this year’s squad and the last Syracuse team to start 5-0: the 1987 Orange, who, led by quarterback Don McPherson ’87 finished with an undefeated 11-0-1 en route to an appearance in the Sugar Bowl.

Following a shutout home win over Wagner, McPherson joined the podcast for a candid conversation on football, life as a student-athlete on the Syracuse University campus, and the importance of taking care of yourself, physically and mentally.

“When Don started talking about mental health and mental wellness issues, that really stood out to me. As athletes, and especially for male athletes, we’re taught to keep our emotions in. We don’t really display our emotions or talk about issues that we’re going through, but it’s important that we do, and this podcast has helped us do that,” Carter says.

The podcasters have recorded and posted 10 episodes so far, with one more episode still to come. Before Syracuse played in the Bad Boy Mowers Pinstripe Bowl against the University of Minnesota on Dec. 29, the Mob Squad mingled with fans of the Orange during a live podcast recording session, fielding questions from fans who made the trip to New York City to cheer on Syracuse in its first bowl game in four years.

It’s fitting that the podcast featured the fans, since they played such an important role in the creation of the show.

“All offseason we’re grinding, putting in that blood, sweat and tears to get better on the field. What we’re doing right now is what we all dreamed of doing when we were younger, and it’s great that we all came together this year with that one main goal in mind,” Wax says.

“This year we really created a culture and put that respect back on the Syracuse football team,” adds Okechukwu.