Syracuse University will hold the 2022 Kashi and Kameshwar C. Wali Lecture in the Sciences and Humanities on Friday, Nov. 4, to honor the life and legacy of Professor Kameshwar C. Wali, in-person and over Zoom. 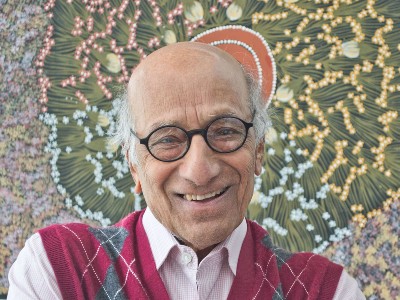 The program will begin at 4 p.m. in Hendricks Chapel with the welcome message provided by Karin Ruhlandt, Distinguished Professor of Chemistry in the College of Arts and Sciences (A&S), and a lecture given by Abhay Ashtekar, Eberly Professor at Penn State University, and Dympna Carmel Callaghan, William Safire Professor of Modern Letters and University Professor in A&S. The lecture will be followed by remembrances given by Aharon Davidson, Barbara Lust, George Campbell and Tess Gallagher.

Kameshwar C. Wali was the Steele Professor of Physics Emeritus in the College of Arts and Sciences. He was internationally recognized as a theorist for his research on the symmetry properties of fundamental particles and their interactions, and, as an author. His books include “Cremona Violins: A Physicist’s Quest for the Secrets of Stradivari” (World Scientific, 2010) and “Chandra: A Biography of S. Chandrasekhar” (University of Chicago Press, 1991).

A Syracuse faculty member since 1969, Wali also held positions at Harvard and Northwestern universities, the University of Chicago, Ben-Gurion University of the Negev (Israel), Institute des Hautes Etudes Scientifiques (France) and the International Center for Theoretical Physics (Italy). He is a fellow of the American Physical Society, whose India Chapter named him Scientist of the Year, and is a recipient of the Chancellor’s Citation at Syracuse for exceptional academic achievement. He was also one of the founding members of the University Lecture Series.

The Kashi and Kameshwar C. Wali Lecture in the Sciences and Humanities was established by his daughters, Alaka, Achala and Monona as an expression of their admiration and gratitude for their parents’ vision, leadership and dedication to the University and the greater community.

The lecture was inaugurated in 2008 and has been offered annually except for 2020, when it was suspended because of the pandemic. The Wali lecture is put on in partnership with the Syracuse University Humanities Center.

Donations in honor of Kameshwar can be made to the Kashi and Kameshwar C. Wali Lecture in the Sciences and Humanities at Syracuse University and mailed to the following: Office of Advancement and External Affairs, 640 Skytop Road, 2nd Floor Syracuse, New York 13244. Gifts can also be made through an online form.