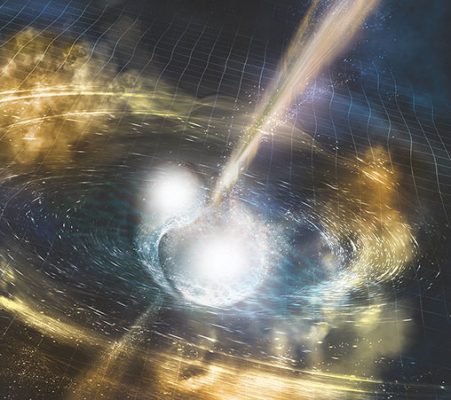 In 2015, the Laser Interferometer Gravitational-Wave Observatory (LIGO) observed the first detection of gravitational waves—ripples in the fabric of spacetime created by the cataclysmic collision of two black holes. The Syracuse University Gravitational Wave Group played a leading role in this monumental discovery that confirmed a major prediction of Albert Einstein’s general theory of relativity. Since this first discovery, LIGO has detected dozens more black hole collisions and observed the collision of two neutron stars, seeing the universe make gold and platinum. Today, physicists in the College of Arts and Sciences (A&S) are working to design Cosmic Explorer: a next-generation gravitational-wave observatory capable of seeing much further into the Universe and observing with higher precision than ever before. 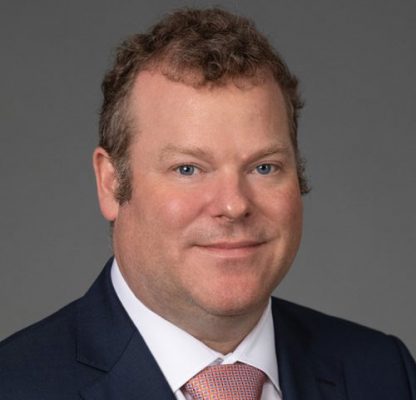 Among those physicists is Duncan Brown, Charles Brightman Endowed Professor of Physics and Syracuse University’s vice president for research. Brown was recently awarded a $210,000 grant from the National Science Foundation (NSF) to develop advanced algorithms and computational techniques to explore how astrophysical information can be extracted from the signal-rich data of future detectors.

Gravitational waves are produced by the universe’s most violent and energetic processes. When two black holes collide or massive stars explode at the end of their lifetimes, they create waves in spacetime that can be observed using gravitational-wave detectors. Cosmic Explorer will be sensitive enough to study the collisions of the remnants from the first stars that formed in the universe. But to meet the target build date in the mid-2030s, investment in technology development is needed now.

Brown will use the NSF funding to develop new algorithms to detect signals with Cosmic Explorer and understand the astrophysics encoded in the observed waves. This research will also help estimate the computational resources required to fully exploit the science potential of next-generation detectors, as well as educate a community of researchers that is ready to explore the universe within this new observational window.

“Gravitational-wave astronomy is an amazing field,” says Brown. “With Cosmic Explorer, humanity will go from its first glimpse of the gravitational-wave sky to detecting every black hole merger in the universe within a single human lifetime. We need to start preparing now for the exciting data deluge that Cosmic Explorer will bring.”

Through the educational component of this grant, undergraduate and graduate students in A&S’ physics department will learn computational skills that advance the competitiveness of the U.S. STEM workforce. This award will also support an effort to bring high-performance computing to school districts in rural Pennsylvania and promote STEM education in K-12 schools.