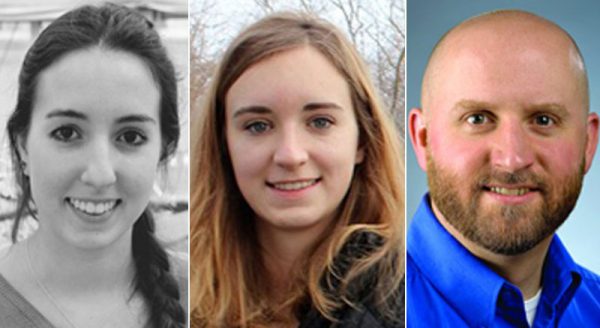 With only 17% of the STEM workforce being Black or Hispanic, according to a 2021 Pew Research Center study, diversifying STEM at Syracuse University and beyond is a commitment by Jason Wiles, associate professor of biology in the College of Arts and Sciences (A&S). Internationally recognized and awarded for innovative teaching and science education research, Wiles and his team seek to increase inclusivity among students and professionals in STEM fields.

Through the Collaborative High Impact Activities in Natural Science Education (CHANcE) project, funded by a Howard Hughes Medical Institute Inclusive Excellence grant, they are working to implement inclusive structures, policies and practices in STEM departments at the University. One of the major goals of CHANcE is to eliminate the disparity that exists between underrepresented and majority students who enroll, continue with, and complete their STEM majors.

Wiles and his team are hoping to create a model that can eventually be used to increase gender, racial and ethnic diversity in science fields. Below are two recent publications highlighting work by Wiles and students in his lab.

Call Her a Scientist

Kelly Schmid G’16, G’20, now a postdoctoral fellow in the Department of Ecology and Evolutionary Biology at Cornell University, has published an article in The American Biology Teacher on the effects of mentoring for undergraduate researchers, particularly women.

Among other findings, the study revealed a great disparity between undergraduate women and men in whether they think of themselves as scientists. The team polled undergraduate students who are engaged in faculty-led research at Syracuse University and found that 100% of men who responded identified as scientists compared to only 30% of women. Men also reported lower threshold criteria for adoption of scientist identities, with women tending to express that they would need credentials, such as a Ph.D. in a scientific field, or other external justification, before they could confidently call themselves scientists.

To close the gender and representation gap in STEM, Wiles and Schmid say that there is a critical need to address the disparity in science identity. As 100% of faculty members participating in the study considered undergraduate researchers to be scientists, Wiles and Schmid assert that professors might help undergraduate women researchers to think of themselves as scientists by calling them scientists in the context of their scientific activities.

The Success of Cyber Team Learning

Mariah Maxwell recently completed a master’s degree in biology in A&S and is currently a Ph.D. candidate in A&S’ Department of Science Teaching. Maxwell and Wiles have published a paper in “Bioscene: Journal of College Biology Teaching” detailing the effect of expanding the previously successful Peer-Led Team Learning (PLTL) program in Introductory Biology to online environments in the wake of the COVID-19 pandemic.

The PLTL program was first implemented at Syracuse University in 2011 following a curriculum shift where labs were made optional in the second semester of Introductory Biology. For students who opted out of the lab, there was an expectation that their achievement in the course would diminish without the weekly hands-on, inquiry-based interaction that they gain during laboratory work.

Wiles and then Ph.D. student Julia Snyder (now a research assistant professor of science teaching in A&S) found that PLTL was a stopgap for students who opted out. PLTL was subsequently identified by members of the Wiles lab as being effective in supporting student achievement as well as recruitment and retention in STEM programs, particularly for students from underrepresented groups. They said the PLTL program in Introductory Biology at Syracuse was successful in part because it provided an active learning experience and presented students with relatable role-models to help them learn not only about content material, but also strategies for success.

With the virtual learning environments that were adopted during the COVID-19 pandemic, Maxwell and Wiles engaged students in cyber PLTL (cPLTL) and found that first-year biology students who took part in cPLTL, particularly those from underrepresented groups, had higher rates of retention. Additionally, perceptions of cPLTL were generally very positive, especially among women, and participation in cPLTL was associated with increased motivation, feelings of belonging, comfort in asking questions and better understanding of course content.