In the basement of Steele Hall sits an incredible resource that is making a difference in the lives of many University students who come from economically disadvantaged backgrounds. 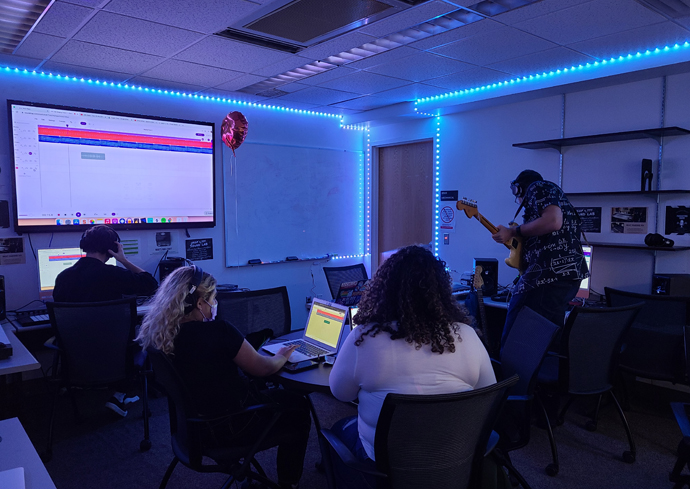 Students make their own music and learn how to express themselves in The SENSES Project’s sound lab.

Several stories up, on the third floor of Steele Hall, there’s a state-of-the-art podcasting suite featuring six microphones, six headsets and a mixing board, perfect for hosting guests for the assortment of podcasts produced during the academic year.

This space is about much more than just recording spaces and a podcast room. It is a safe space. A diversity and inclusion project that serves as a creative outlet while supporting these students’ mental and emotional well-being.

The Studying an Environment that Nurtures Self-Exploration in Students (SENSES) Project allows University HEOP and SSS students an opportunity to create hip hop and electronic music, make their own beats and host their own podcasts in a collaborative environment.

HEOP and SSS are part of the School of Education’s Center for Academic Achievement and Student Development, and while participating in the SENSES Project, students can feel free to be who they are, to express how they’re feeling, and to participate in meaningful dialogue about current events. 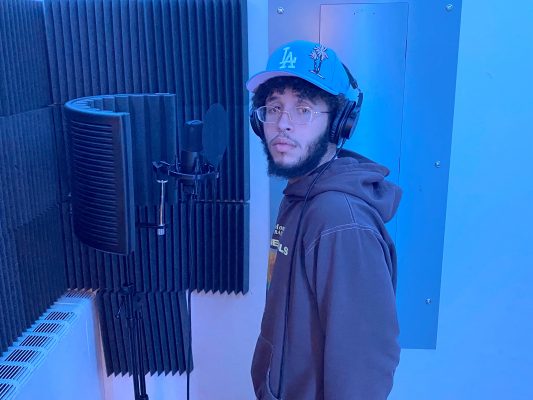 “I started using the spaces as an escape to learn to express myself, because there aren’t that many spaces on campus or a lot of people that you could really be real with. Thanks to the SENSES Project, I was able to start writing my own songs, producing my own music and hosting a podcast. It’s all thanks to Amy. She’s the heart of this entire program, and I know there’s lots of students that are impacted positively by this program,” says Rolando Custodio, a finance and information management technology major who recently released his own extended play (EP) record under the artist name “Young Roley.” 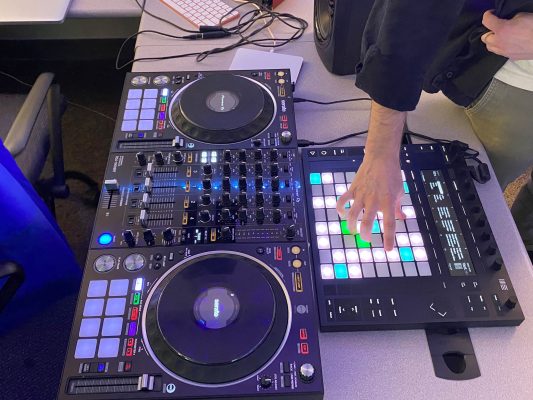 Messersmith brought the idea to OSS Director Craig Tucker, outlining her vision for what would become the SENSES Project—utilizing a recording studio to help students learn about community building and self-expression while enhancing their educations—and Tucker and HEOP associate director Marieke Davis immediately saw the value.

Messersmith, Tucker and Davis collaborated with David Knapp, assistant professor of music education in the Setnor School of Music with a dual appointment in the School of Education, and Joanna Spitzner, associate professor of studio arts in the College of Visual and Performing Arts on a Collaboration for Unprecedented Success and Excellence (CUSE) Grant.

Their proposal received nearly $24,000 in CUSE Grant funding, and in the summer of 2021, the SENSES Project launched. 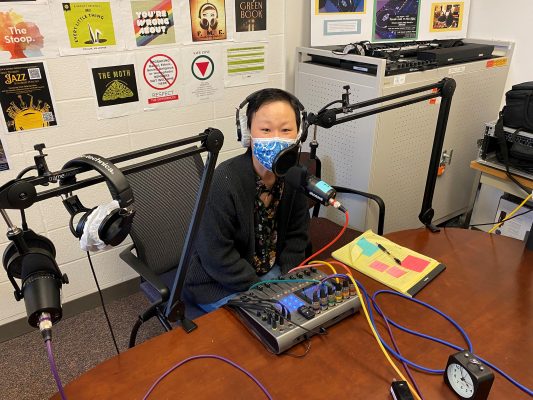 “Our students use this space to work on their mental and emotional well-being, and it’s an opportunity for students to get to know one another in a different way than your usual classroom setting. We’ve found many students, especially those from marginalized populations, can come and feel like people will see them for who they are. We have a creative community where students connect with each other in a particularly meaningful way, because when you create something, you’re sharing an aspect of who you are,” says Messersmith.

Emphasizing the Process, Not the Product

In the recording studios and sound lab, students are granted the freedom to experiment with their projects, play around, try different sounds and make mistakes.

Nick Piato is working toward a master’s degree in music education in the School of Education, and he is also the sound lab coordinator. As Piato assists each student with their project, instead of emphasizing producing a perfect track or song, Piato is quick to stress the process mindset over the product mindset. 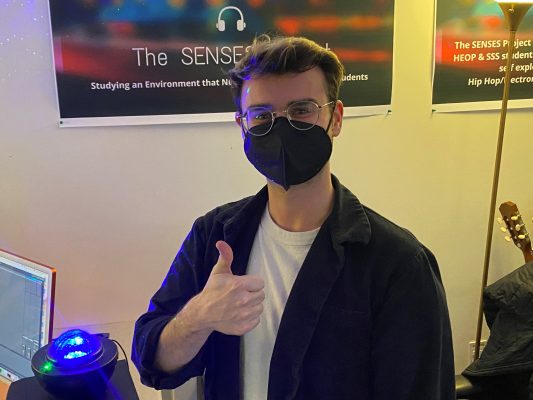 “If you come in here with the goal of making a perfect masterpiece album, we’ll work with you to get you there. But really it’s about the process of creating something, learning from your mistakes and growing from those mistakes. We really stress the importance of getting better every time, which I think are lessons that can be applied to every aspect of life,” says Piato.

When the SENSES Project opened in the Fall 2021 semester, Hannah Gonzalez started off creating electronic music. Soon, she developed a theme song and music transitions for a podcast and learned to play the guitar, something Gonzalez admits was on her bucket list.

“Amy and Nick are my SSS parents. This place is really cool, and I come in because I really love the community. I don’t come from a musical background and I started off with very minimal knowledge. But Nick taught me to play the guitar and I can play the G chord and I’m very proud of that. I’m also working on starting a podcast this summer,” says Gonzalez, a junior English major in the College of Arts and Sciences.

Growing up in New York City, Edwich “Eddie” Etienne never thought he’d set foot in a recording studio due to the cost of renting the space, but when his HEOP counselor, Chris Davis, told him about the SENSES Project, his curiosity was piqued. 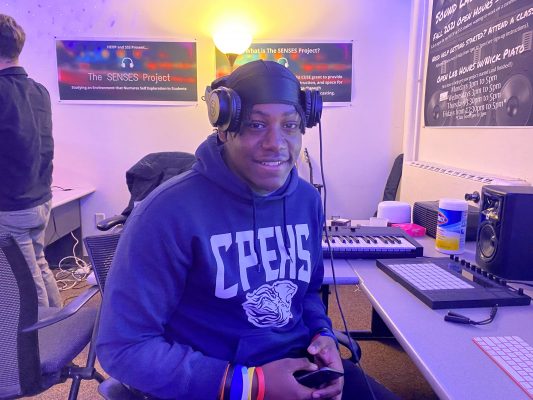 After only two trips to the recording studio, Etienne, a first-year student in the College of Arts and Sciences, was hooked. Working with Piato, Etienne is producing rhythm and blues tracks that incorporate melodic rap. Besides creating his own music, Etienne’s time in the studio has helped him develop more confidence, and he says he’s grown more comfortable with who he is.

“I’m really blessed to have this opportunity to create music and make my own sound. I may be in the studio writing music, but I’m really a quiet person. The fact that I’m able to create music, it’s like my voice is being heard. This is really an outlet and a great escape for me,” Etienne says.