Syracuse University and JMA Wireless (JMA) today announced a 10-year partnership for naming rights of the University’s iconic on-campus stadium. For the first time since the venue opened its doors in 1980, the stadium will have a new name, only the second in its history—the JMA Wireless Dome, referred to as the JMA Dome. The two Central New York organizations, which together employ more than 6,500 people locally, also announced that Syracuse-based JMA will support the Dome’s digital infrastructure transformation by establishing the most advanced connectivity offerings for fans and other users while at the Dome. 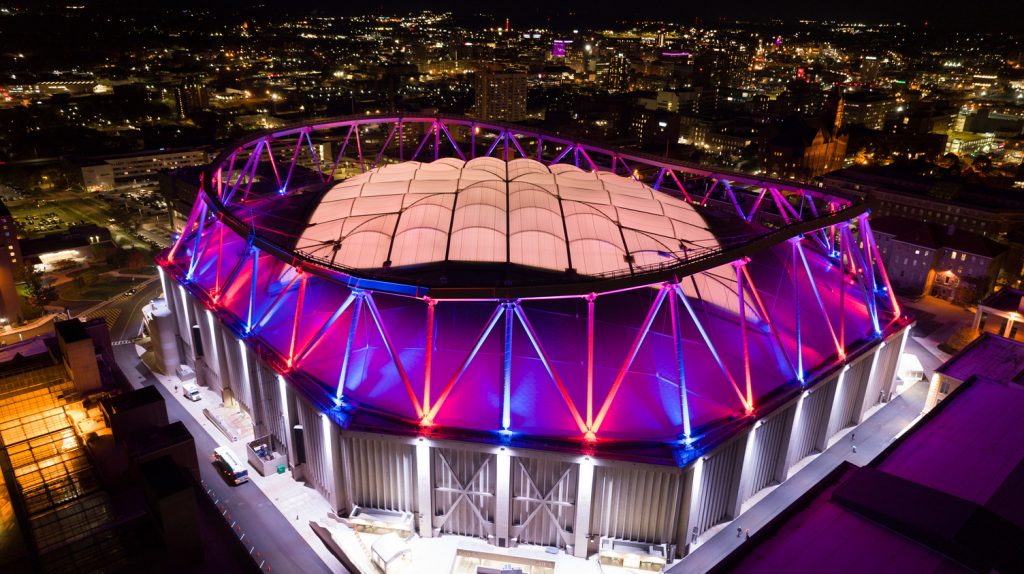 “This is an exciting moment for Syracuse University, Syracuse Athletics and the broader Central New York community,” says Chancellor Kent Syverud. “With JMA Wireless as our new naming partner, our campus community, student-athletes and fans alike can expect a world-class event experience, unlike anything they’ve ever seen before at Syracuse University. I am grateful to JMA Founder and CEO John Mezzalingua for his partnership and vision. His investment in the City of Syracuse and Central New York will pay dividends for years to come in the form of economic vitality, career opportunities for local residents and cutting-edge technology innovation taking place in our region. We share JMA’s commitment to the City of Syracuse and Central New York and look forward to seeing the positive impact our partnership will have on our local community.”

JMA, a global leader in 5G wireless technology, continues to experience tremendous growth and was recently tapped to provide the 5G equipment for the SoFi Stadium, the state-of-the-art stadium located in Inglewood, California, that hosted Super Bowl LVI in 2022. The 10-year-old company is expanding its presence with the opening of its new 5G campus in the City of Syracuse, located at the former Coyne Textile building on Cortland Avenue in the city’s South Side. Mezzalingua, a native of Central New York, is proud of the role his company will play in transforming the stadium experience for the Orange community. 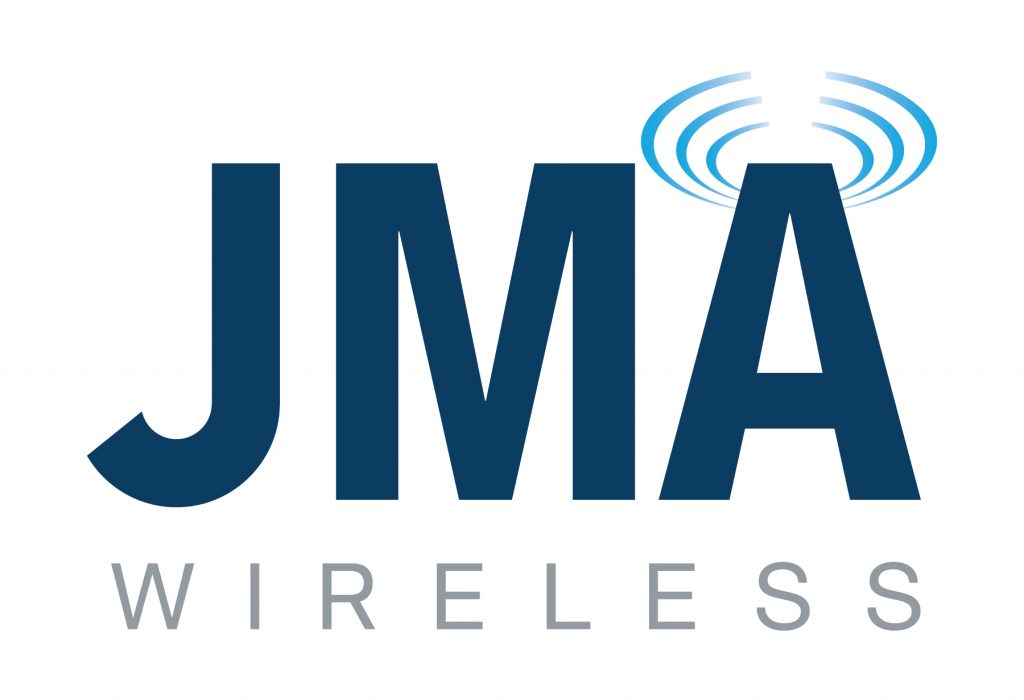 “Today marks the beginning of a new era for the Dome, Syracuse University and JMA,” says Mezzalingua. “Our company’s ties to the city and University run deep. I remember when Syracuse redefined college athletics with the Dome, a unique venue that ushered in a period of unprecedented success for Syracuse sports. With this partnership, we have an opportunity to lead once again. The Dome will have the most advanced 5G network of any collegiate stadium, connecting fans as never before. It will also enable powerful new augmented reality training systems, advanced coaching tools and sensor-based performance optimization to attract elite athletes and help Syracuse win. The JMA Dome has an incredibly bright future ahead, and we are thrilled to be a part of it.”

This latest phase of renovations will build on the recently completed $118 million transformation of the Dome, funded entirely by the University and private philanthropy. These renovations, which included a new fixed roof, a vertically hung scoreboard—the largest in college sports, the installation of air conditioning and state-of-the-art sound and lighting systems, have improved the visitor experience and further positioned the venue and Central New York to compete nationally for large concerts, events and NCAA regional competitions.

John Wildhack, director of athletics, says the Dome, the only collegiate sports venue in the country that hosts five athletic programs, will benefit tremendously from JMA’s involvement. Wildhack is especially pleased that fans will experience an elevated in-game experience.

“Our fans have unmatched passion for all things Orange and they want to show that by sharing their experiences in real-time across their social media channels. They also want to be able to check the scores of other games, text their fellow fans and scroll through relevant content. This can be seamlessly achieved with access to 5G capabilities and the multimedia services that will be available under the Dome roof,” says Wildhack. “Not only does this add to the excitement of participating in sporting events, being at the forefront of athletics in this way helps us attract and recruit the finest scholar-athletes because it shows our commitment to the short- and long-term success of our program.”

In addition to upgrading the entire digital infrastructure, the next phase of renovations includes a complete reseating of the entire venue and the construction of an on-site and publicly accessible event facility.

“I’ve been here since the Dome was first envisioned and conceived, and never have I been so excited for what the future holds,” says Pete Sala, vice president and chief campus facilities officer. “With JMA Wireless’ support and with our other renovation partners, the legacy of the unique and special nature of the Dome is cemented forever.”

For more than 40 years, the Dome has served as a catalyst for economic activity benefiting the City of Syracuse, Onondaga County and the broader Central New York region. Each year, more than 935,000 visitors attend events at the Dome, including concerts, college and professional athletic competitions, and family entertainment. The Dome, a year-round venue, also hosts local and statewide high school sports events, band competitions, and other community-focused activities. Dome events and operations contribute more than $240 million in income to the Central New York economy and support more than 5,000 local jobs.

As the University previously announced, as part of the upcoming renovations, Syracuse University will take additional action to further spur economic activity in Central New York and support area residents and communities. These include donating the removed bench seating, introducing a local apprenticeship program and providing cost-free use of the facility for emergency services training.

A disruptive force in the wireless industry, JMA is restoring U.S. leadership in network technology at a critical time in the transition to 5G. With its global headquarters in Syracuse, New York, JMA makes the world’s most advanced software-based 5G platform, which it designs, codes and manufactures in the United States. JMA’s technology—most notably a revolutionary software solution called XRAN—is ushering in a new era of innovation and connectivity for businesses, workers and consumers. For more information, visit jmawireless.com.