One University Awards Ceremony Is Friday in Hendricks Chapel 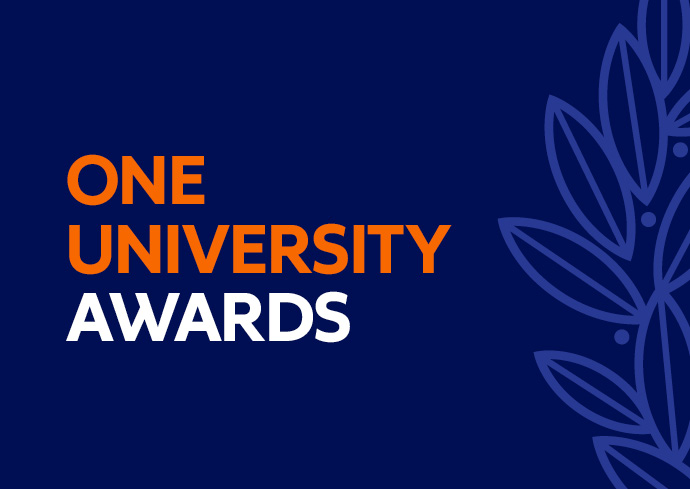 The annual event honors members of the Syracuse University community who are making a difference through academics, scholarship, creative work and dedicated service.

Bea González will be officially installed as the University’s mace bearer at the ceremony.

Two major awards—the Chancellor’s Medal and the Chancellor’s Citation for Excellence—will be bestowed. The ceremony will also include the presentation of the Student-Athlete Award, Judith Seinfeld Scholarship, Meredith Professorship for Teaching Excellence, Teaching Recognition Award, Diversity and Inclusion Award, Tolley Medal and Chancellor’s Forever Orange Award, and the recognition of emeriti faculty and employees who celebrated milestone anniversaries in 2021.

The University Scholars, Senior Class and School and College Marshals, and Remembrance and Lockerbie Scholars will also be honored.

American Sign Language (ASL) interpretation and Communication Access Realtime Translation (CART) will be provided at the ceremony. All members of the University community are invited and encouraged to attend. A reception will follow in the lobby of the Heroy Geology Laboratory.

This year’s awardees include:

The Chancellor’s Medal is the University’s highest honor and is awarded to individuals in honor of their trailblazing and extraordinary contributions to the University, to an academic body of knowledge, or to society.

This year’s recipient is Jaime Alicea, superintendent of the Syracuse City School District.

The award was first presented in 1979 in recognition of outstanding achievement in teaching, scholarship and creative work. Today, the award seeks to recognize members of the University community who have made invaluable contributions through commitment to scholarship and research that fosters new understandings of the world and creative responses to its needs. This year’s recipients are:

The Chancellor’s Forever Orange Award is conferred on individual students, faculty or staff who—by virtue of extraordinary hard work, good values and commitment to excellence—embody the best of Syracuse University.

This year’s recipients are Patricia Burak, part-time instructor of Russian literature in the College of Arts and Sciences and faculty/staff advisor to the Ukrainian Club at SU, and Father Gerry Waterman, the University’s Catholic chaplain.

As one of the nation’s preeminent leaders in higher education, William Pearson Tolley served as Chancellor for 27 years. The University established the Tolley Medal in 1966, in conjunction with the School of Education, to recognize strong scholarship and leadership in lifelong learning. This year’s recipient is Allen Berger ’57, G’66

The Diversity and Inclusion Award is bestowed upon an individual who is integral to fostering a diverse, equitable, inclusive and accessible campus environment. This year’s recipient is Jorge A. Castillo, director of the LGBTQ Resource Center.

A substantial bequest from the estate of L. Douglas Meredith, a 1926 graduate of the College of Arts and Sciences, allowed Chancellor Kenneth A. Shaw to create the Laura J. and L. Douglas Meredith Professorships in 1995 to recognize and reward outstanding teaching at Syracuse University.

The 2022-25 Meredith Professors are Lauryn Gouldin, Crandall Melvin Professor of Law and director of the Syracuse Civics Initiative in the College of Law, and Julie Hasenwinkel, professor and chair of biomedical and chemical engineering in the College of Engineering and Computer Science and a faculty member with the University’s BioInspired Institute.

The following Meredith Professors will receive the Meredith Medallion, recognizing the completion of their Meredith projects:

In 2001, the Meredith Professorship Program was expanded to recognize teaching excellence by non-tenured faculty and adjunct and part-time instructors. Awards are given in two categories: Early Performance and Continuing Excellence.

The two awardees in the Continuing Excellence category are Leela George, associate teaching professor in educational leadership in the School of Education, and Joseph Pellegrino, teaching professor and Gebbie Hearing Clinic director in the Department of Communication Sciences and Disorders in the College of Arts and Sciences.

Each year Syracuse University honors the talents of outstanding faculty or students through an award made possible by Judith Greenberg Seinfeld, a distinguished alumna and member of the University Board of Trustees. Awards are made to those who have been determined by their peers to have made outstanding contributions to the beauty of the world, to have added to human values and to ending human abuse anywhere in the world, and to have demonstrated passion for excellence, creativity and originality in academic or artistic fields. This year, the designation is bestowed upon two students: Sophia Perida, a double major in English and textual studies in the College of Arts and Sciences and history in the Maxwell School and A&S and a member of the Renée Crown University Honors Program, and Joseph Sherwood, a senior majoring in industrial and interaction design in the College of Visual and Performing Arts.

This award is given to the senior female and male students with the highest cumulative grade point average over their careers as student-athletes.

Among those who will be honored at the ceremony are: