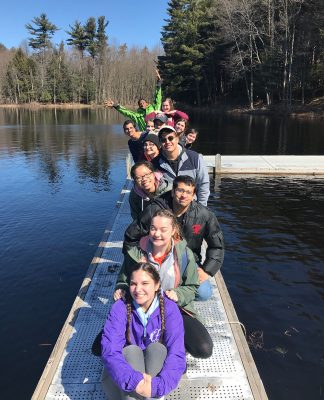 In 2017, John Tillotson, associate professor and department chair of the Department of Science Teaching in the College of Arts and Sciences (A&S), set out to improve upon the country’s retention rate of college science, technology, engineering and math (STEM) majors among underrepresented students through a new program combining scholarships, professional development and socialization opportunities.

“Typically, only about 40% of students who enter college with the intention of being a STEM major graduate with a STEM degree,” Tillotson says. Often students will change course in their first year. To his delight, though, this program—SUSTAIN, the Strategic Undergraduate STEM Talent Acceleration Initiative—retained 93% of its STEM majors in its first year.

Now in its fifth year, SUSTAIN is looking to build an enduring program upon the strong foundation of its original National Science Foundation grant. Like Tillotson, donors have also been delighted by the results of SUSTAIN, funding it with significant gifts and working to establish an endowment, to, as Tillotson puts it, “keep it going forever.”

Thanks in part to that donor support, SUSTAIN has undergone some exciting changes this year.

First, more students are now being served. A&S welcomed its second cohort of SUSTAIN scholars in fall 2021. While the first cohort was 28 students who went through their four years together, 10 new students will now enter every year, with the result that there will always be 40 SUSTAIN students on campus.

Second, students in more majors can now participate. The original NSF grant funded students in A&S’ largest STEM majors: biology, chemistry, biochemistry, biotechnology, neuroscience and forensic science. Thanks to the expanded resources made possible by SUSTAIN donors, the program now includes all A&S STEM majors, adding mathematics, physics, and Earth and environmental sciences. In addition, the Earth and environmental sciences department has committed funds from its own endowment for three additional students per year, bringing the total number of SUSTAIN scholars on campus to 52 over four years.

Besides the financial stipend—$5,000 per year for the first two years—SUSTAIN scholars receive support in virtually every aspect of undergraduate life. They are brought to campus early, before the start of their freshman year, to get to know each other and the professors in the program. “There are lots of team-building activities,” says Tillotson.

Graduate Nori Zaccheo ’21 credits SUSTAIN for giving her a sense of balance amid her very challenging coursework. “I am somebody who felt guilty if I did anything that wasn’t focused on my education, even watching a TV show, like I was wasting time not studying,” she says. “SUSTAIN did a lot of fun non-academic activities, which forced me to stop and relax.”

Graduate Barrington Bucknor ’21 maintains that these early bonding activities helped with later coursework. “With all these [difficult] subjects and classes that we were going through, we were doing it together. If there was every anything I struggled with, someone else would help me, and vice versa.”

All SUSTAIN scholars have the opportunity to do early-immersion research in their freshman and sophomore years. They are paired with faculty mentors and can start working in a lab. “This is a powerful experience, because most undergraduates don’t have a chance to get into STEM research until their junior or senior year,” says Tillotson.

Bucknor, like others, appreciated this aspect. “I had the opportunity to go to Europe to do an internship in the summer of 2019, and that was only because I had had the background of having done research [in] my first two years of college,” he says. “As a kid, you imagine that you’d like to see the world, but I had no idea how. [My family had just emigrated to the United States] only two years prior, and I hadn’t been planning on it anytime soon, but there I was, with the opportunity to visit a whole different continent.”

New to the program next year, as a result of having new scholars enter annually, will be sophomores buddying up with freshmen for additional support, or “near-peer mentoring.” Junior and senior years, students will shift their focus from adjustment to campus life to career development.

“We’re working with partners from the Corning Foundation, and hope to set up similar meetings with Bristol Myers, and Syracuse Research Corporation, to create a series of job shadowing and STEM internship opportunities,” says Tillotson. “Maybe down the road these STEM-focused companies would consider contributing scholarship funds, and hosting SUSTAIN scholars as interns and job shadowers, with the understanding that some of our graduates could seek employment with those companies and stay in this region.”

The Inspired and Inspiring People Behind the Program

The generous donors who provided funding to support the program beyond its initial NSF grant-funded inception include:

“I was precisely one of those very poor single parents who wanted to do science,” says Fedoroff, who made her name in the field of molecular biology, studying plant transposons and writing extensively on genetic modification. She credits a $1,000 grant in aid from Syracuse University in her senior year as being pivotal in allowing her to finish her degree. “It doesn’t sound like much now, but it made a huge difference at the time. When I got to know A&S Dean Karin Ruhlandt, I immediately became interested in contributing. It was already on my agenda to establish something like that at Syracuse, since Syracuse had helped me so much.”

Thanks to the vision of its founders and the generosity of its supporters, SUSTAIN has taken on an incredible momentum, benefiting students who also “just want to do science.” 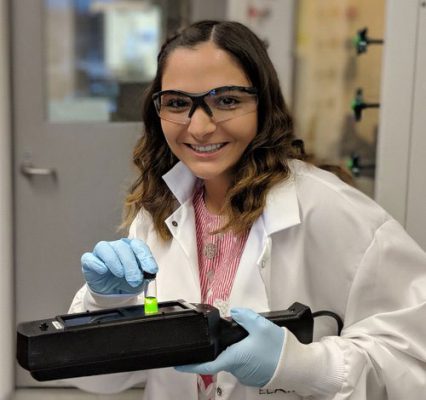 Nori Zaccheo ’21
A lifetime interest in science blossoms into a career.

“I came in interested in forensics. The good thing about Syracuse is they make you pair forensics with another science, because forensics is an applied science. So in undergrad I did both forensics and chemistry, and graduated in three years. I spent my fourth year at Syracuse in grad school, getting my master’s degree, working in the bio forensics lab with Professor Michael Marciano.

Though I was committed to STEM, SUSTAIN, really helped, financially. Honestly, there’s no better forensic education than Syracuse, and I don’t know that I would have been able to afford it without SUSTAIN. There was that risk of me just giving up on forensics, transferring somewhere else and getting just a chemistry degree. And I also had so much support throughout my really hard chemistry classes. I know a lot of people who started out as chem majors who weren’t in SUSTAIN and ended up switching.”
Zaccheo is currently working as a science tutor. 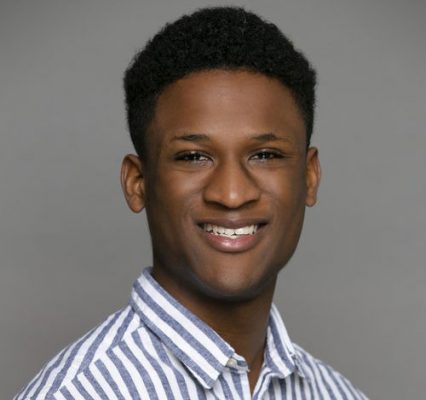 Barrington Bucknor ’21
A new immigrant solidifies his journey into medicine.

“I was born and raised in Kingston, Jamaica, and moved to the U.S. in 2015. One of the biggest supports from SUSTAIN was getting paired with a research mentor so early on. A person like myself, coming in as an immigrant, I didn’t have a strong educational support in my family, so this supplemented that gap.

I enjoyed listening to the different speakers and learning how they created their path to reach their final destination. A lot of speakers talked about going into college as premeds but once they realized there was more to do in the medical field, other than being a physician or provider, they created their own path. Hearing that there are other opportunities, even if I decided I didn’t want to be a doctor later on, reinforced that there were opportunities, but also forced me to confront my own feelings about my future, and made me more sure that actually, I really did want to practice medicine.”

Bucknor is currently a research specialist in the auditory neuroscience lab at the University of Pennsylvania. 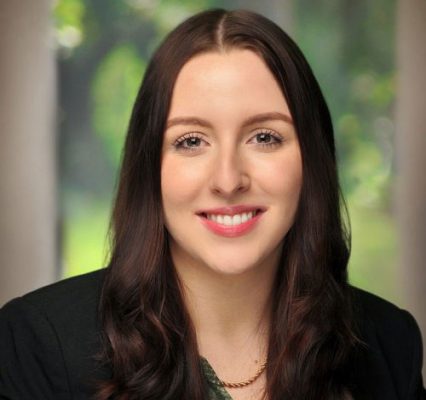 “The most pivotal part of SUSTAIN for me was the career exposure and mentorship. It helped me realize that I didn’t want to be a scientist for the rest of my life, but I am a science-driven person. I ended up with two degrees, as a biotechnology major, and in Spanish literature and culture.

I remember one speaker in particular who came to campus. There was one woman who didn’t work in the hard sciences but did have the hard science background. She really liked talking to people. I identified with that—I had always wanted a career that was very client-facing, interacting with people. That was affirming—I saw a possibility for myself. A lot of the speakers were affirming for me even for me to listen and realize, wow I really don’t want to do that; figuring that out can sometimes be just as helpful if not more.”